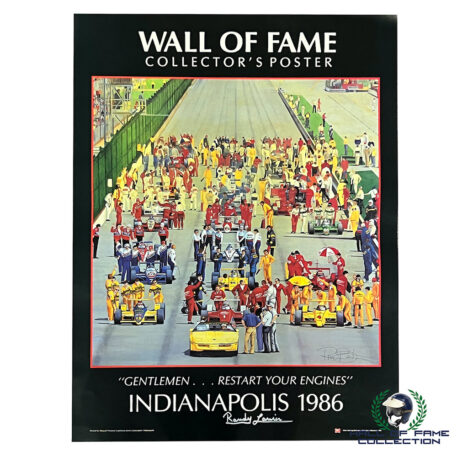 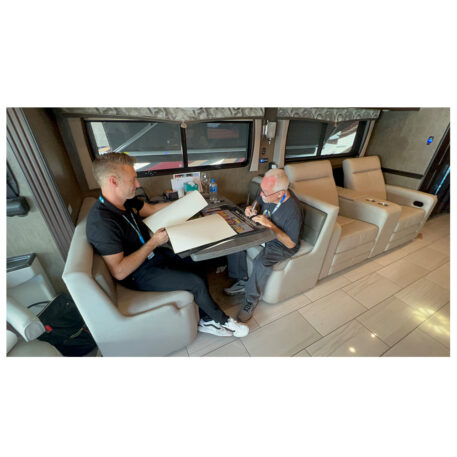 This original “Gentleman re start your engines” poster was created artist Ron Burton after the 1986 Indy 500 race. This 24 x 18 inch original poster has recently been hand signed by the Rookie of the year Randy Lanier.

The image has been taken from Ron’s original artwork showing thirty-two cars realigned on the front straightaway of the famous Indianapolis Motor Speedway awaiting the restart of the 70th running of the prestigious Indy 500 event.

Randy Lanier signed just 10 posters at this years Indianapolis 500 (his first return to the speedway in 36 years!) and a portion of the profits will go to his charity www.freedomgrow.org

Lanier was also the 1984 IMSA GT Champion before being convicted for drug trafficking spending 27 years in jail until he was released in 2014. Today he is a cult hero after being the star in the Netflix documentary ‘Bad Sport’. His likeable personality has won him many fans and this is your rare opportunity to add something unique from Lanier to your collection today.