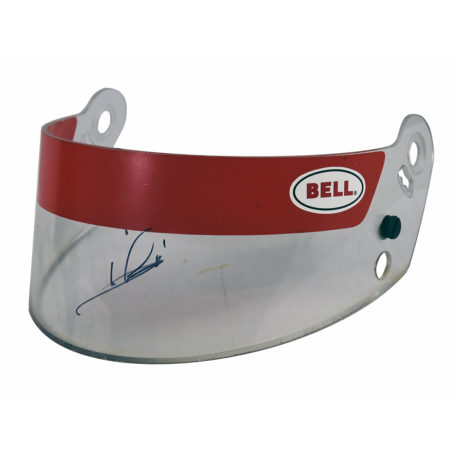 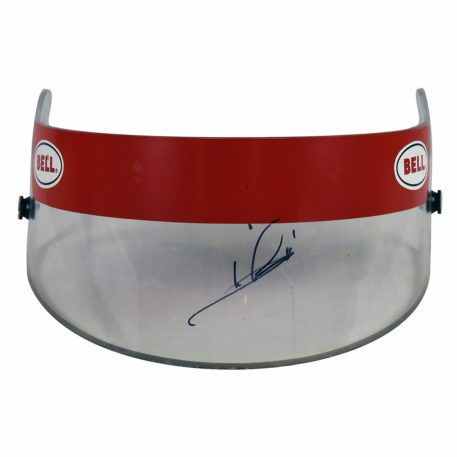 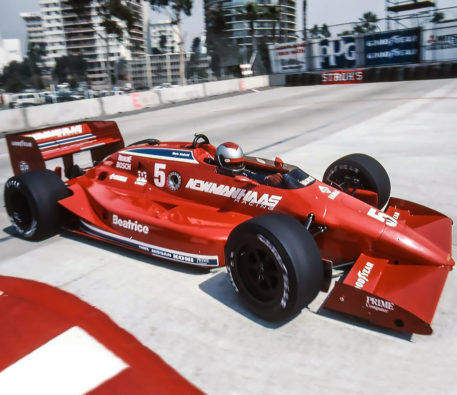 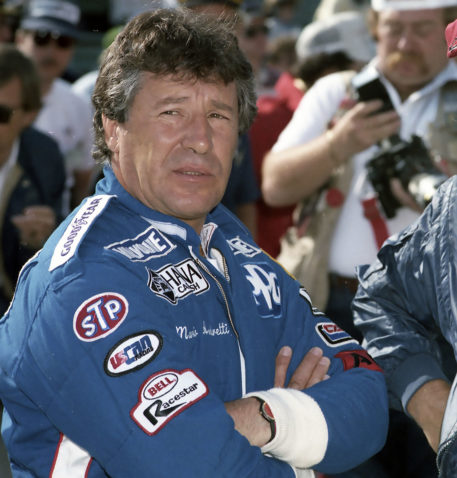 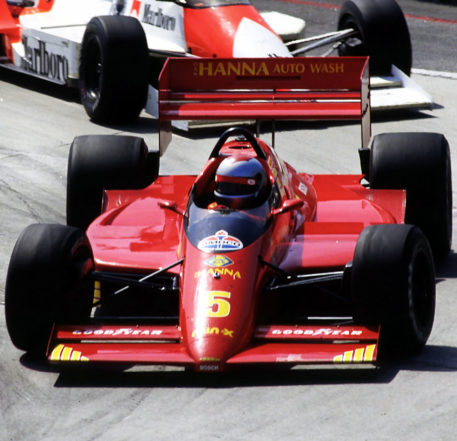 Bell helmet visor used by American racing legend Mario Andretti during the 1986 CART IndyCar season while driving a Beatrice sponsored Lola T86/00 for the Newman/Haas Racing Team. Andretti would go on to score eight top-five finishes that year, including wins at Portland and Pocono and two other podium spots as well.

The tinted visor has Andretti’s then customary red sun strip which has Bell oval decals on either side. Mario Andretti has personally signed the visor on the front in blue marker pen. Images of Andretti in action wearing these visors during the season can be seen in the pictures.

This is a great chance to acquire a race-used item from one of motorsports all-time greats.