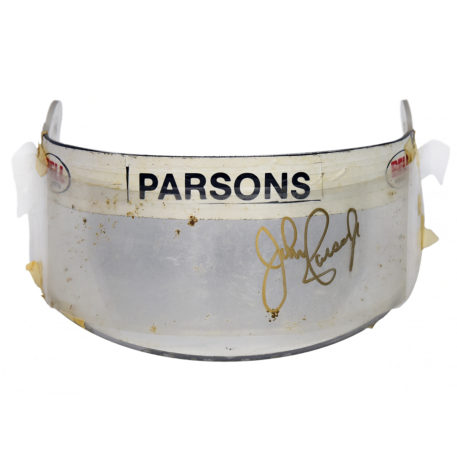 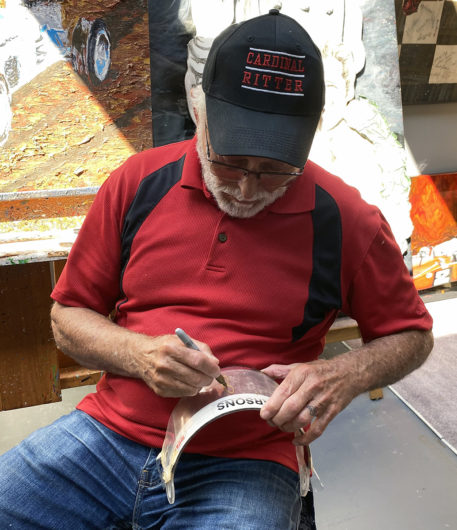 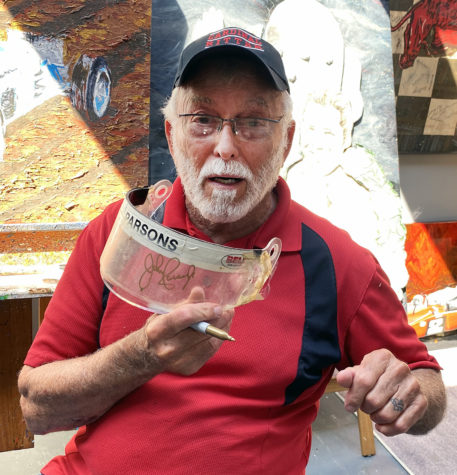 Bell helmet visor used by open-wheel veteran Johnny Parsons. Parsons is the son of 1950 Indy 500 winner Johnnie Parsons and stepson to racer Duane Carter. The visor was used by Parsons Jr. while driving the International Association of Machinists and Aerospace Workers owned machine in the 1986 CART IndyCar season. The car was additionally sponsored by Schaefer Beer and Pizza Hut alongside the Machinists Union branding. Driving a Cosworth powered March 86C 22 Parsons was entered in eight events during the season, with his best result being a seventh-place finish in the Molson Indy Montreal at the Sanair Super Speedway.

The lightly tinted visor bears the ‘Johnny Parsons’ name on a white Bell Helmets sun strip, which overlays a black tape sun strip. It still has the original tear-offs taped to the visor. The visor was also used in a number of dirt races and obtained directly from Johnny Parsons’s collection and has been personally signed by him with a gold marker pen.