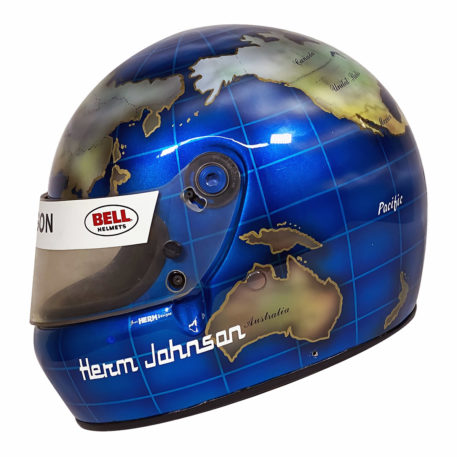 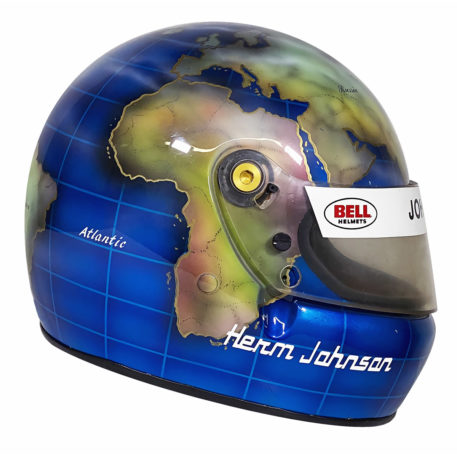 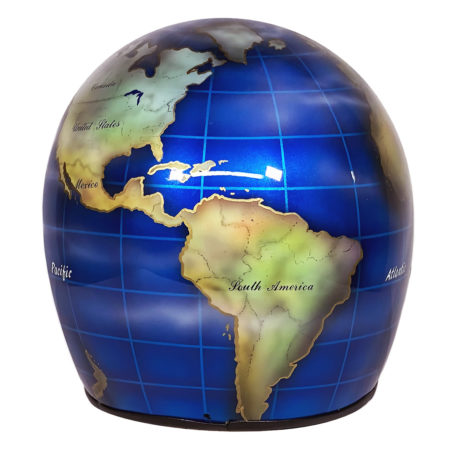 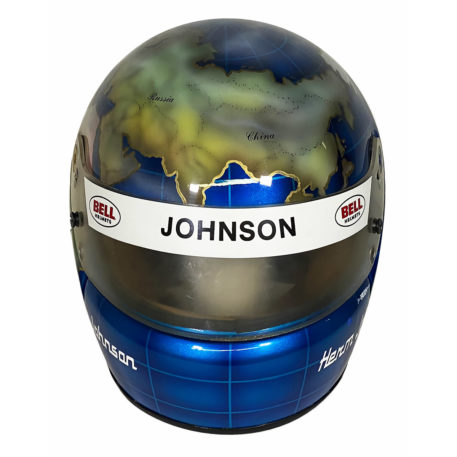 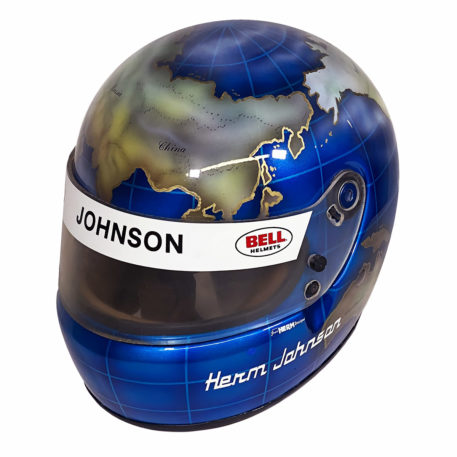 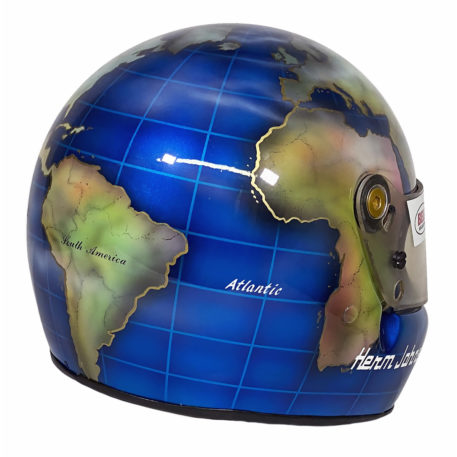 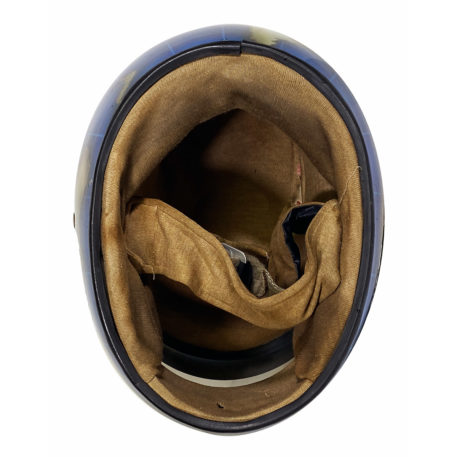 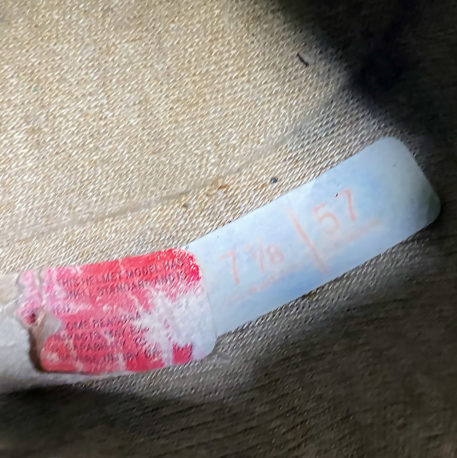 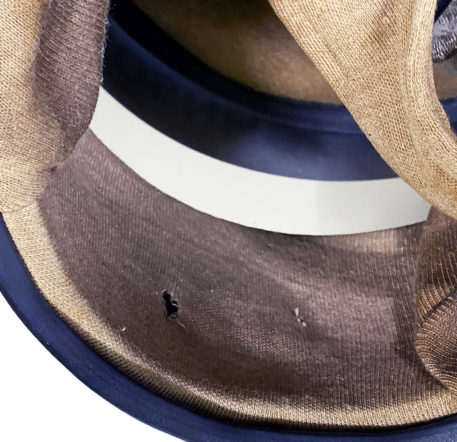 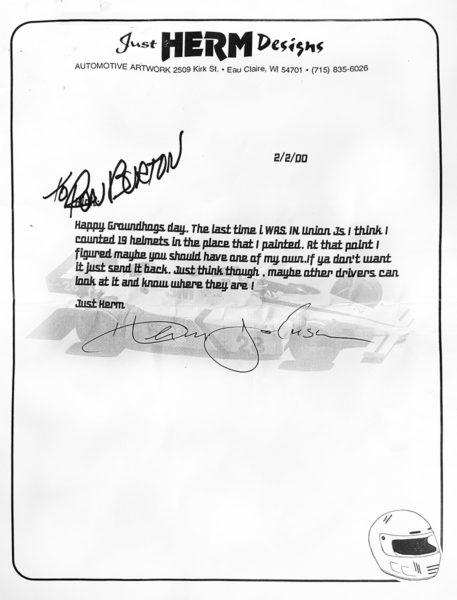 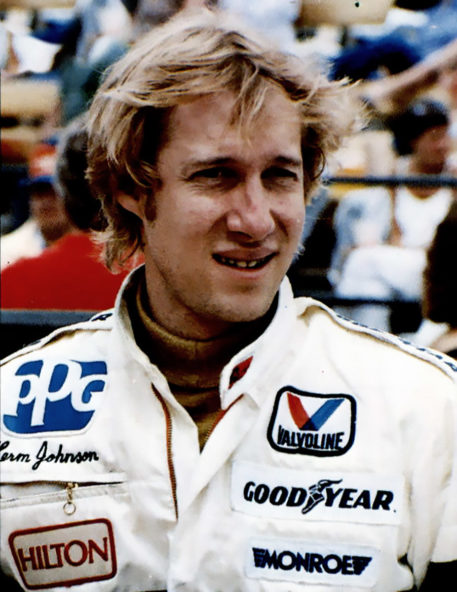 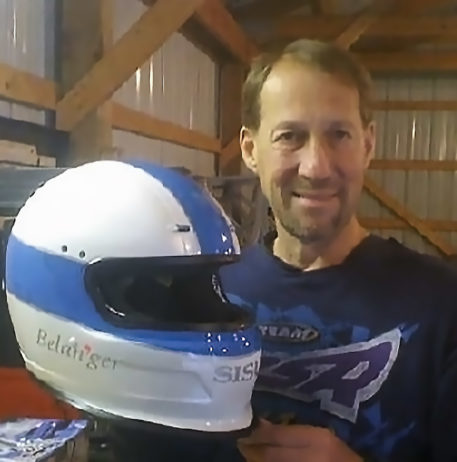 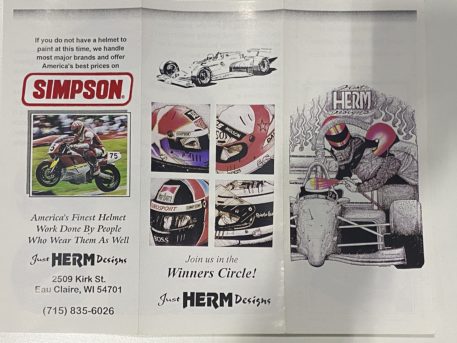 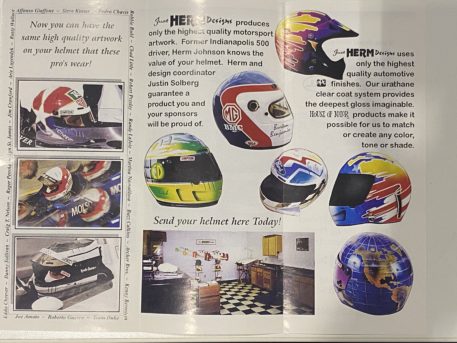 This stunning helmet was not only race used by American Indy and Sportscar driver Herm Johnson but it was also designed and painted by him.

During his racing career Johnson won the 1976 SCCA Super Vee Nationals and the USAC Mini-Indy Championship. He would go on to befriend lumber merchant John Menard getting him interested in the sport and, in turn,  Menard helped sponsor Johnson to reach the CART IndyCar series. He raced in both this and the IMSA Sportscar championships for eight years. Johnson was then involved in a major accident during practice for the 1986 Indy 500 suffering broken legs and back, forcing him to quit his racing career. Johnson was also an exceptional artist and painter his entire life, with his work being featured many times in publications such as Hot Rod Magazine and Auto Week. After retiring from racing Johnson remained involved with the sport via a very successful graphics design business specializing in helmets, race cars, and motorcycles called Just Herm Designs. He was commissioned by many race drivers and teams to work on their helmets and cars. Johnson was recognized as being one of the first full-time helmet painters in the USA. Sadly Herm Johnson passed away in 2016 at the age of 63.

This incredible helmet bears testimony to the quality of Johnson’s work. He used this helmet during the 1986/87 season in IMSA events that included GT and Firestone Firehawk events. It features a detailed map of the world encircling the helmet with the metallic blue sea areas having lighter blue overlaying latitude and longitude lines. The airbrushed landmarks are edged in gold to give this helmet a spectacular look, with Johnson’s name painted on both cheeks.

The helmet was presented to fellow artist Ron Burton to go into the Burton’s helmet collection and will also be accompanied by Johnson’s personal letter to Burton.

The helmet also comes with a full Certificate Of Authenticity.