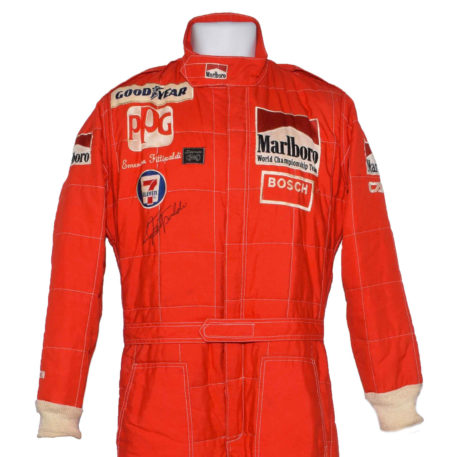 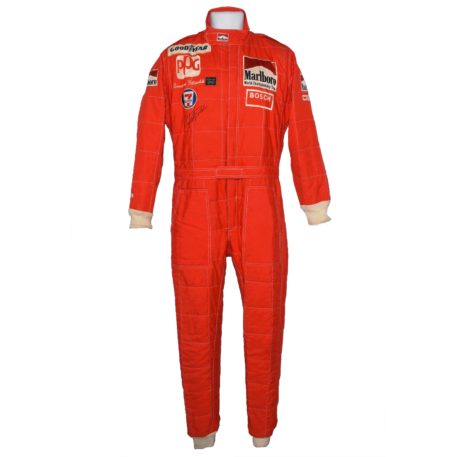 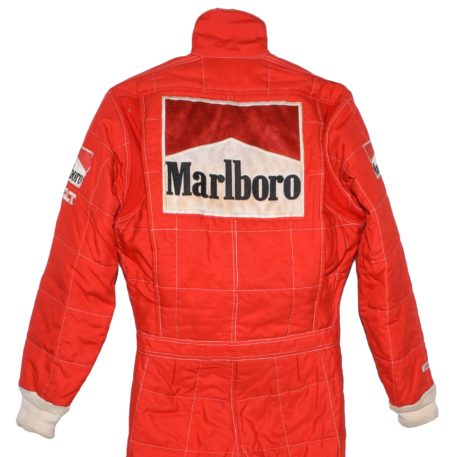 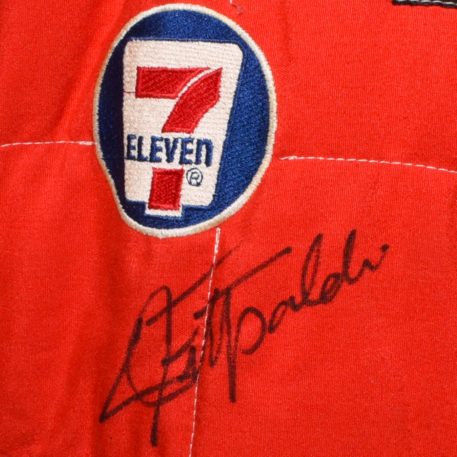 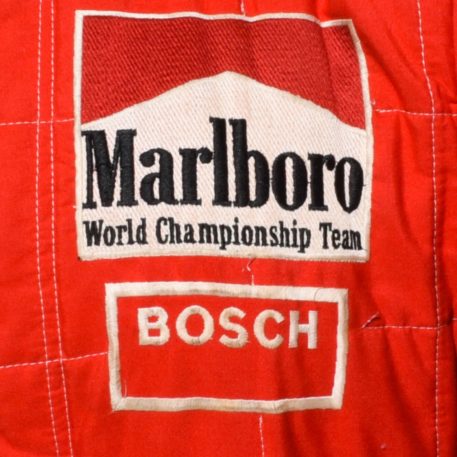 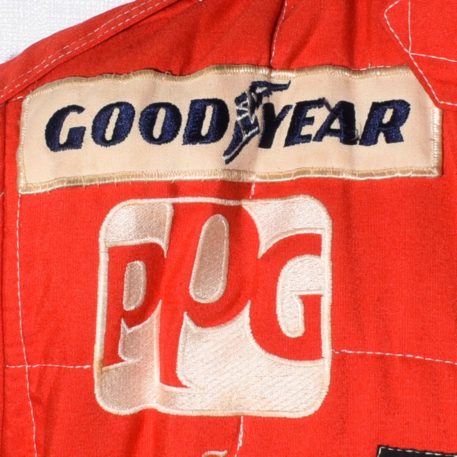 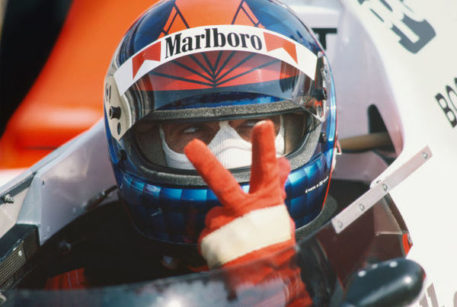 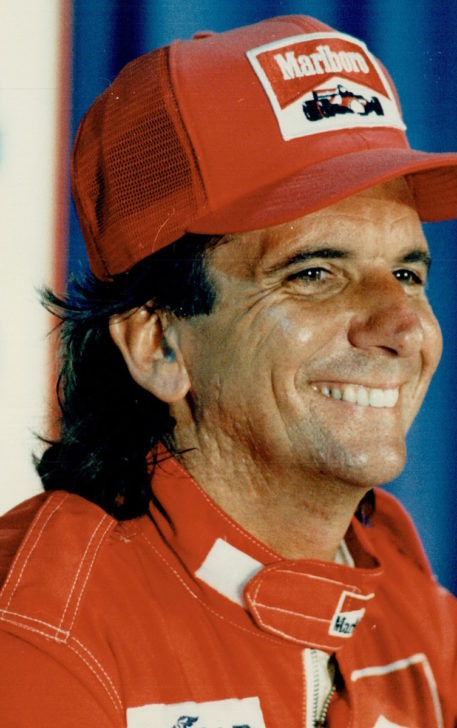 This IndyCar suit from the 1986 season was worn by one of the truly legendary drivers in motorsports history — Emerson Fittipaldi —  the two-time Formula 1 champion who went on to win a pair of Indianapolis 500s and a CART championship personally signed the suit. That was Fittipaldi’s second full IndyCar season with Patrick Racing, and it included a win at the famous Road America circuit in Wisconsin.

Fittipaldi is legendary in all parts of the world. His four-year run from 1972 through 1975 is one of the finest in F1 history, with season finishes of first, second, first and second. He won 13 of his 14 grand prix during that period.

Fittipaldi moved to CART in 1984, and it didn’t take him long to win a race. That first win came on the ultra-fast Michigan International Speedway oval in a 250-lapper in 1985, and he had to come through the field to do it after starting 19th.

This suit comes with a Hall of Fame Collection Certificate of Authenticity.