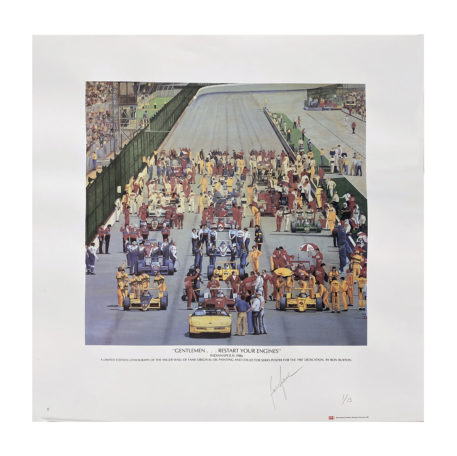 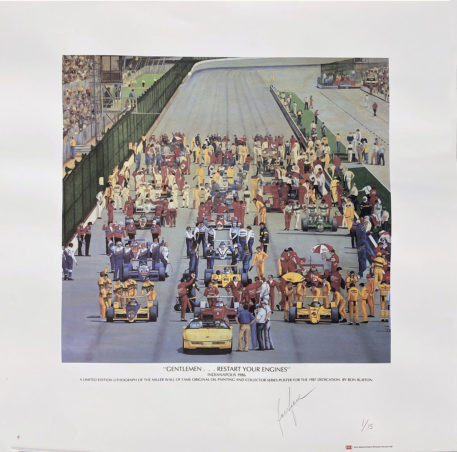 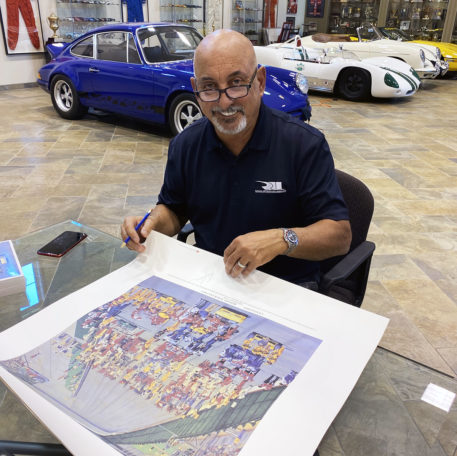 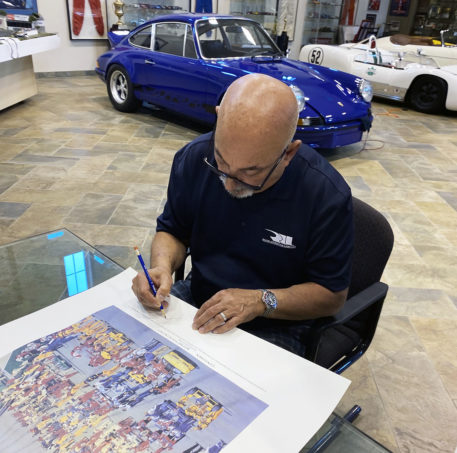 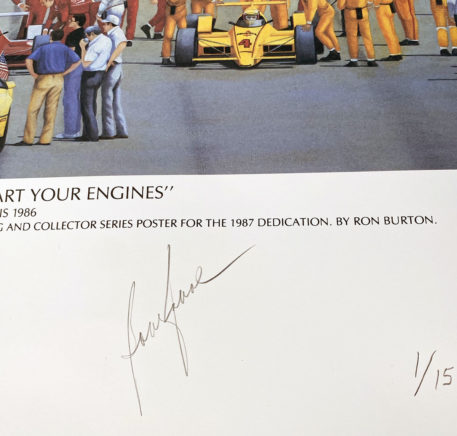 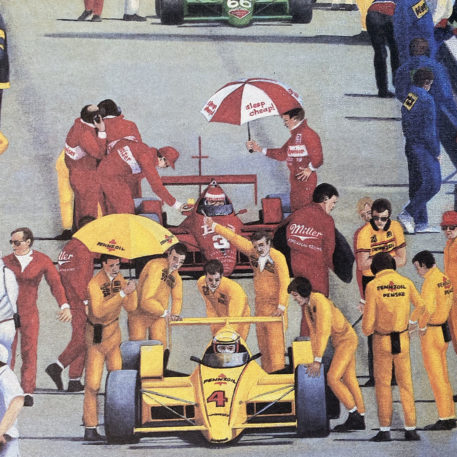 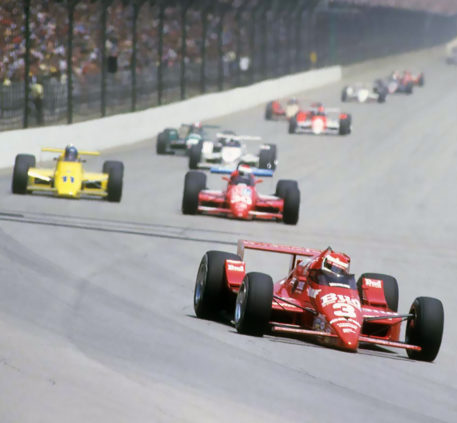 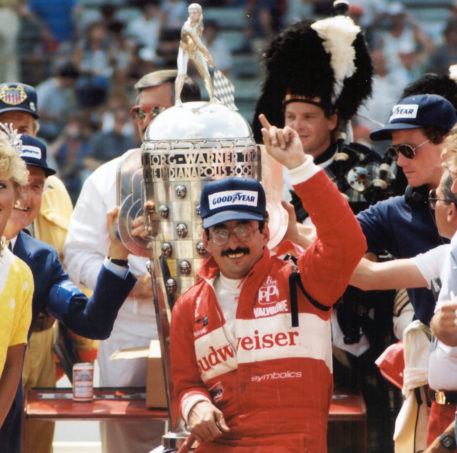 Hall of Fame Collection is pleased to offer another ‘exclusive edition’ signed lithograph print. We were privileged to get the three-time IndyCar Champion (1986, 87, 92) and 1986 Indianapolis 500 Winner Bobby Rahal to personally sign a very limited number of Ron Burton’s ‘Gentlemen….restart your engines’ print. The image taken from Ron’s original artwork shows thirty-two cars realigned on the front straightaway of the famous Indianapolis Motor Speedway awaiting the restart of the 70th running of the prestigious Indy 500 event. Race winner Rahal has added his signature in pencil to only fifteen of these outstanding 24 x 24inch (61 x 61cm) archival art paper prints and it is the only edition of these prints that Rahal has signed.