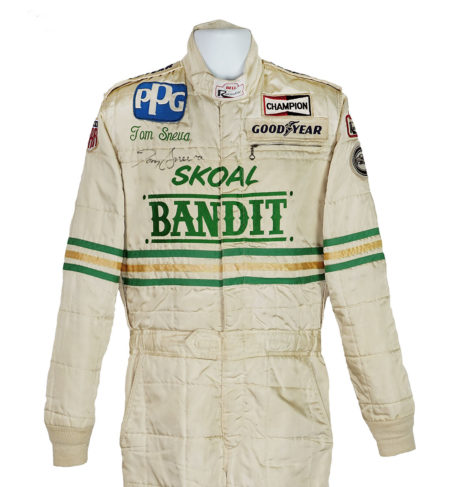 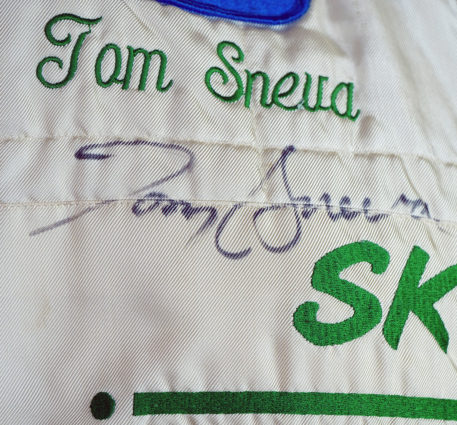 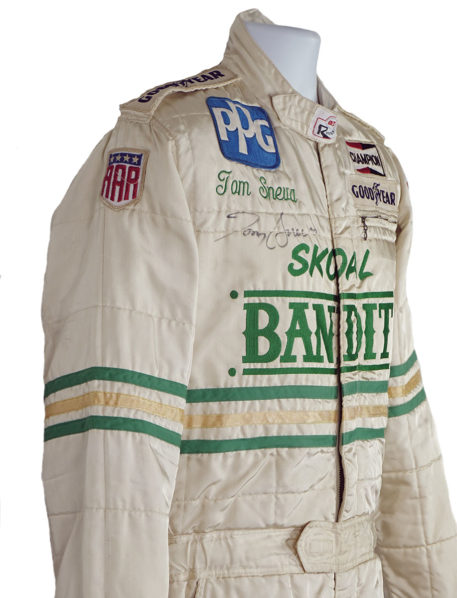 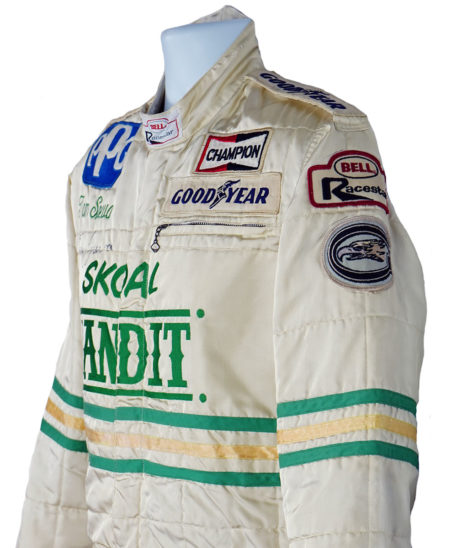 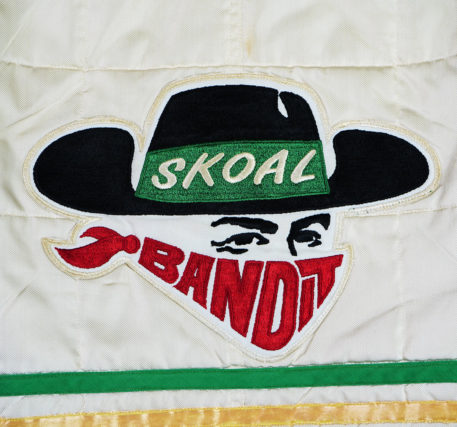 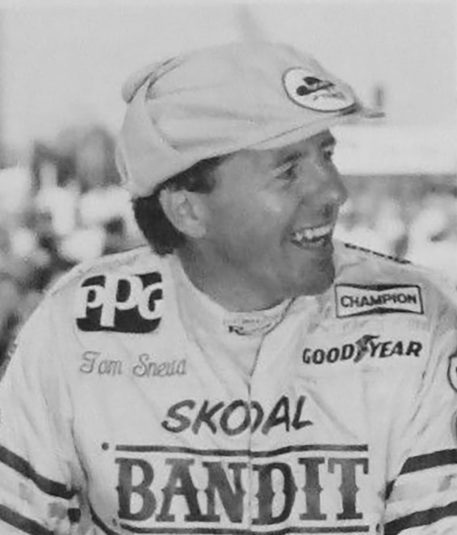 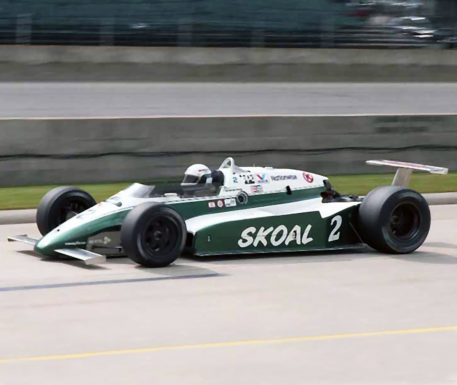 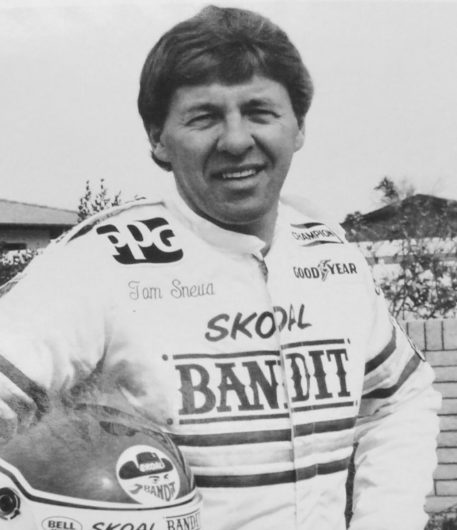 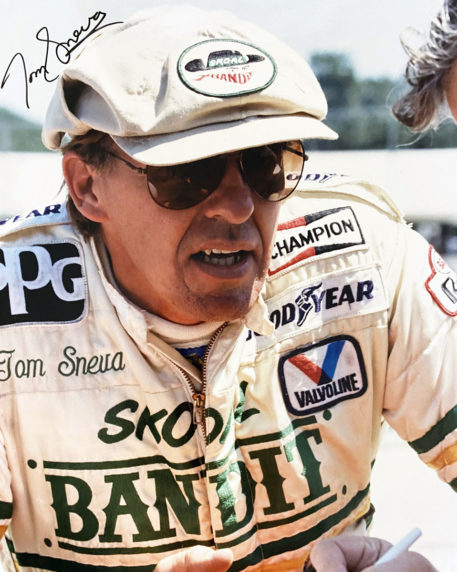 Great looking Bell race suit worn by former three-time USAC Championship Car champion and 1983 Indy 500 winner Tom ‘The Gas Man’ Sneva. This heavy layered suit is from the 1985 IndyCar season where Sneva was employed to drive the newly developed Indy Eagle 85GC for Dan Gurney’s Curb-All American Racers team. Unlike today, drivers were issued only two to three suits a season, so this suit would have been worn at many of the fifteen rounds of the series including the 500-mile events at Indianapolis and Pocono Speedways.

The white suit has the team’s major sponsor, Skoal ‘Bandit’, green lettering branding embroidered across the front of the chest. Just under this and running around both the torso and arms is a gold band in between two green bands. Sneva’s embroidered name and a PPG logo patch are added to the right chest and to the left side are Goodyear and Champion logo patches. The back of the suit has a large Skoal ‘Cowboy Bandit’ image logo patch. Both the right and left arms each bear an AAR and Gurney Eagles patch respectively.

Tom Sneva has personally signed the suit on the right chest and is accompanied with a full Certificate Of Authenticity as well as a signed 8 x 10 photo of Sneva.

This is a fantastic piece of 80’s IndyCar memorabilia used by one of the top flight drivers of the day.