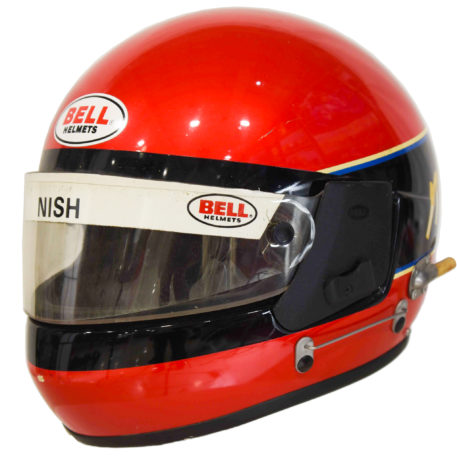 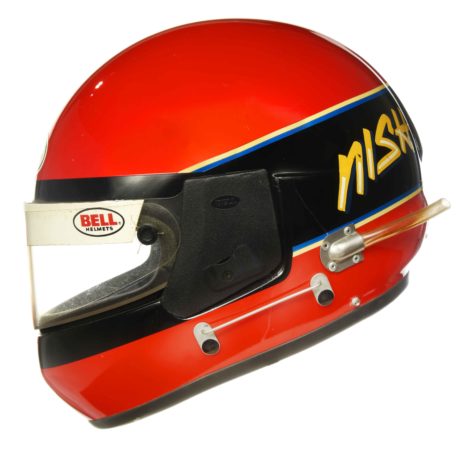 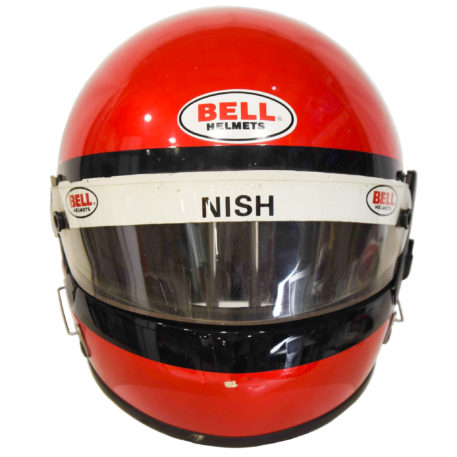 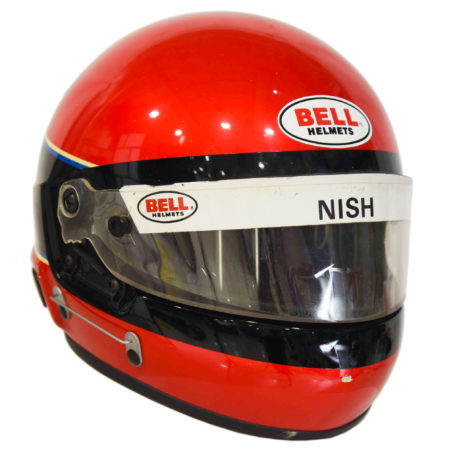 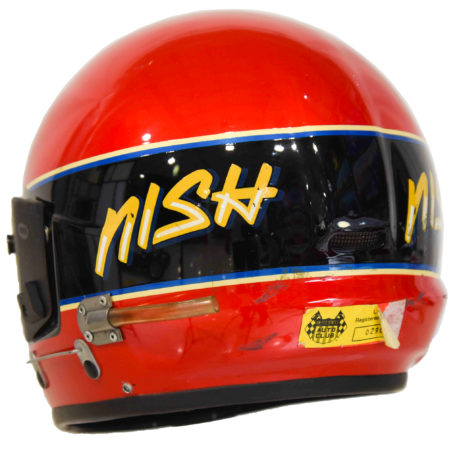 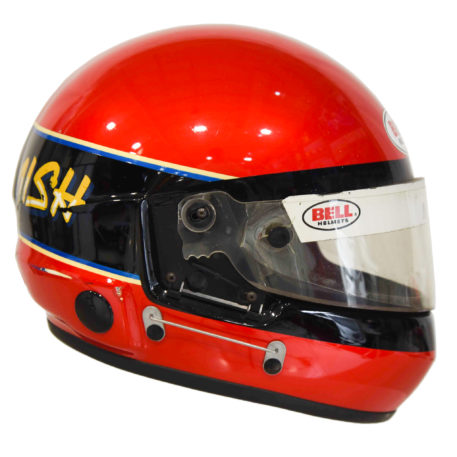 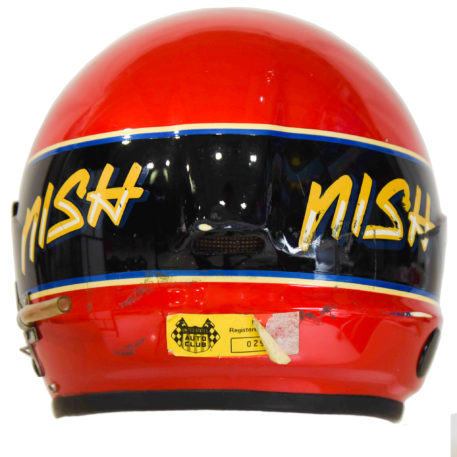 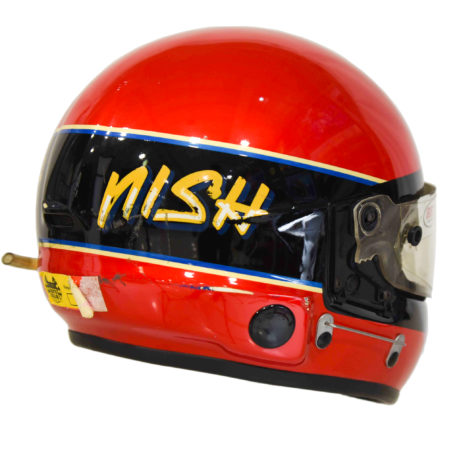 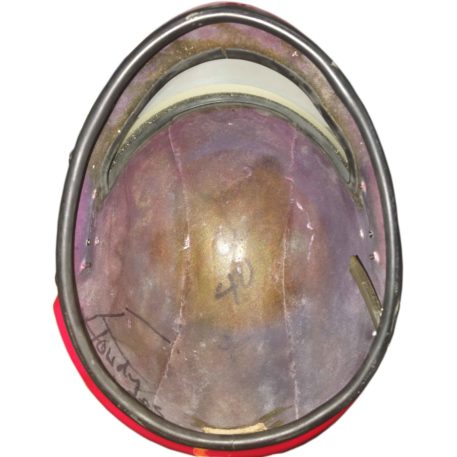 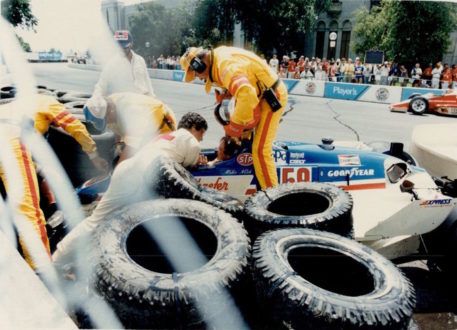 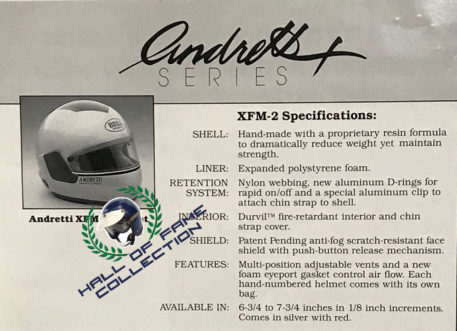 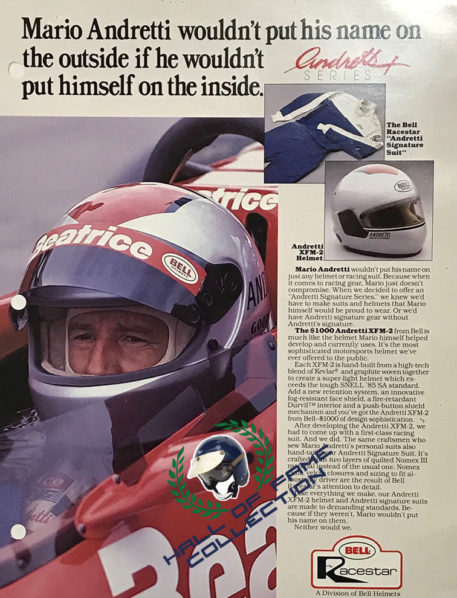 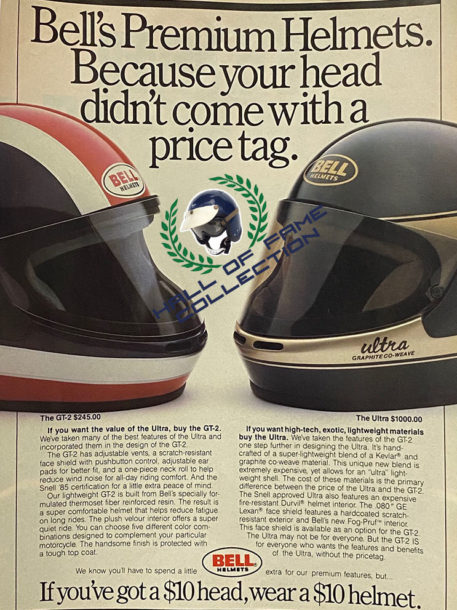 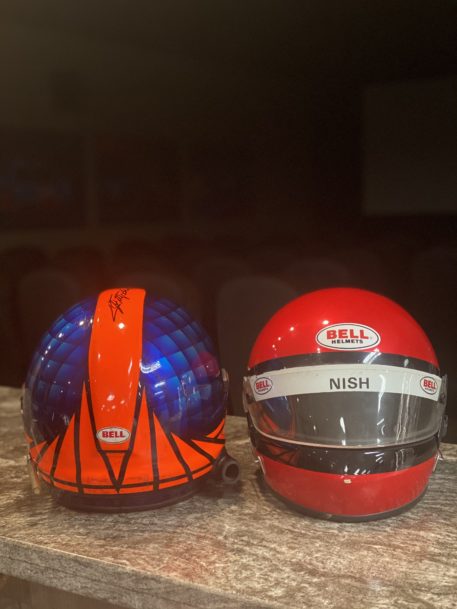 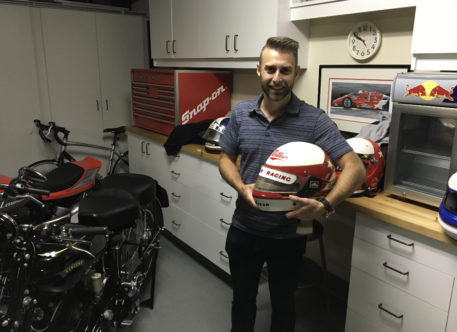 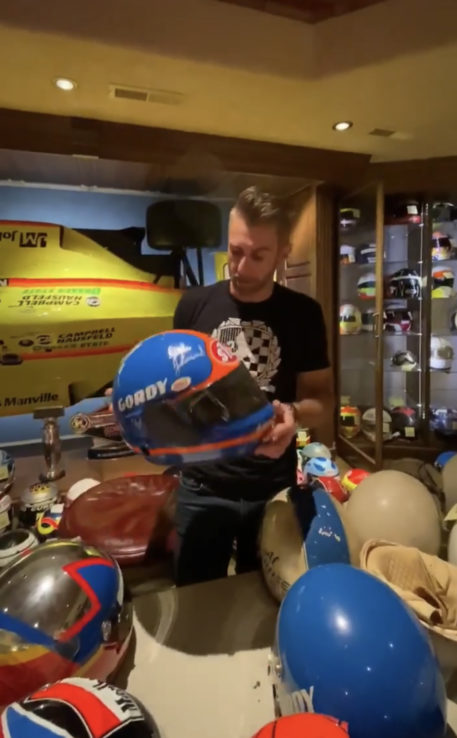 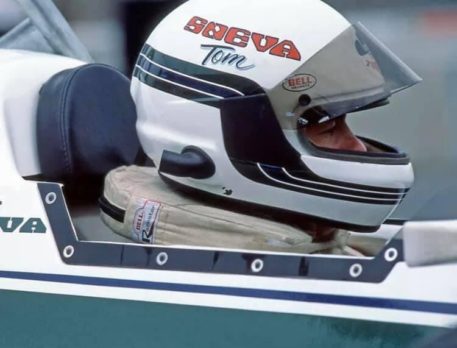 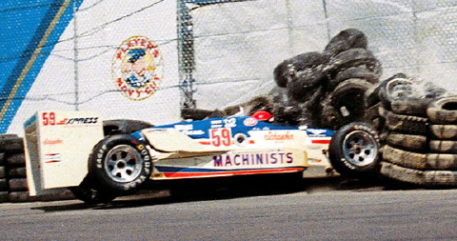 Hall of Fame Collection is proud to offer one of the rarest helmets in Bell Racing history. This rare shell was race used by Mike Nish in the 1985 and 1986 IndyCar seasons.

Mike Nish and his father Terry have held several land speed world records and from 1984 to 1987 Mike also raced in IndyCar. He made two attempts to qualify for the Indianapolis 500 in 1985 and 86. This helmet bears USAC tech stickers from both these events. The helmet has also been photo matched to the 1986 Toronto Indy.

The interior of the helmet was removed and it shows that the helmet was likely intended to be painted for fellow Indy 500 driver Howdy Holmes, who’s name is inscribed on the inside. However the most important part of this helmet is its rarity! This helmet is so rare that Bell USA themselves can’t even recall the helmet model’s name and collectors all over the world have taken to the internet in various group chats also trying to ascertain the model name. A Bell helmet representative believes it might have been nicknamed the Lizard and two original printed ads show it was possibly called a Bell XFM-2 or GT-2 but the latter model had more of a larger eye port and was used for snowmobiling.

Hall of Fame Collection Owner Darren L. Jack was quoted in a recent interview discussing the helmet: “I was originally shown an Emerson Fittipaldi version of this helmet and initially it looked incorrect, the reason being this helmet was so light weight and didn’t have the normal Snell SA standard sticker inside. Instead it was fitted with a Motorcycle Snell sticker. I had to jog my memory and remembered holding Danny Sullivan’s “Spin and Win” helmet inside of his California home and it was the exact same helmet style. I have only ever seen one more in person since, which was one used by Gordon Johncock and that is now in a private collection”

Further research shows that Mario Andretti practiced with one in 1985 at Indy and Tom Sneva used one as well. This may account for all of them that were ever made or are known to be in existence. So don’t miss this rare, once-in-a-lifetime opportunity to add one of these helmets to your collection today.