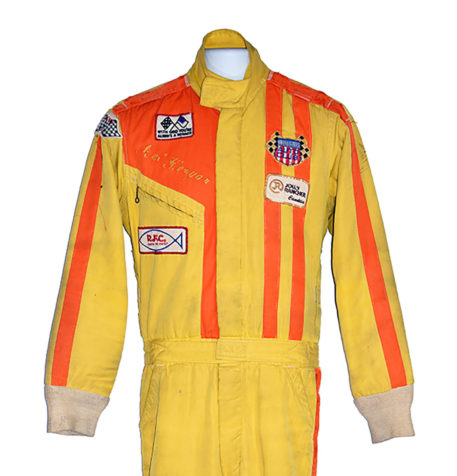 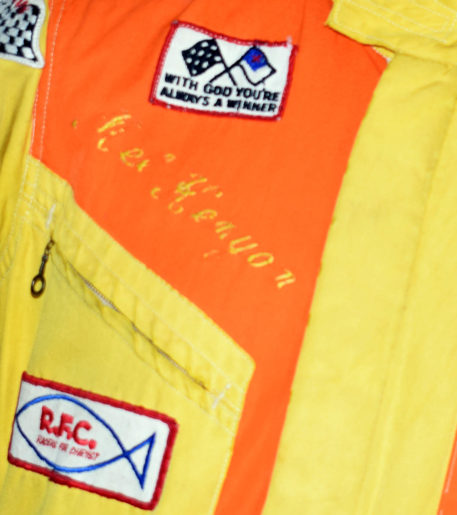 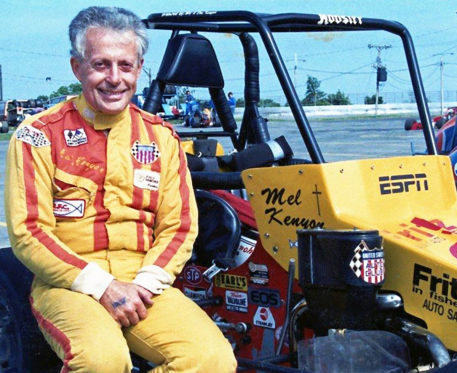 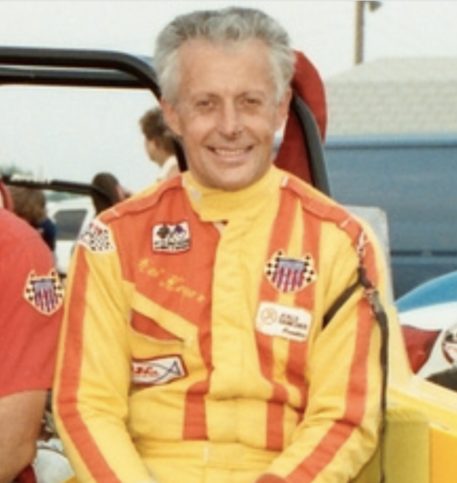 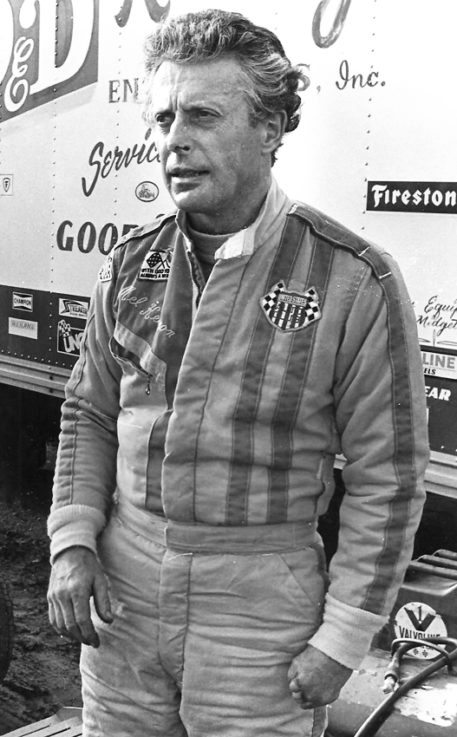 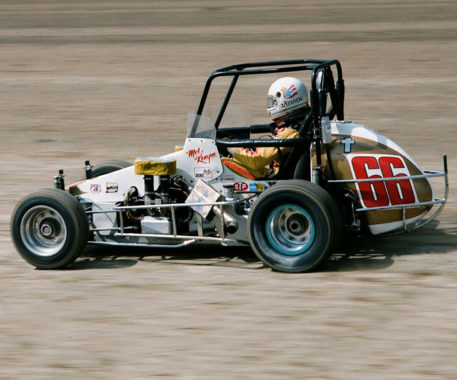 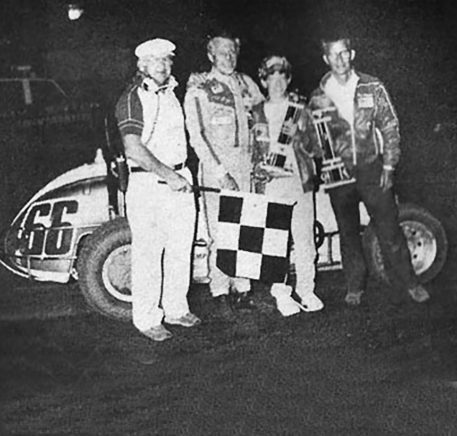 Vintage Hinchman suit race worn by none other than the ‘King of the Midgets’, Mel Kenyon.

There is no doubt that Mel Kenyon is one of the true superstars of American open wheel racing, and is considered one of Midget car racing’s greatest drivers ever. He started his career in racing in 1954 and had his last race in 2003. Kenyon survived a near fatal accident in 1965 when the Sprint Car he was driving at Langhorne slammed into the wall, was hit by other cars and burst into flames. He was seriously burned, loosing virtually all of the fingers on his left hand as a result. He returned to racing the next year wearing a special glove in which a rubber grommet had been sewn in the palm. This was added to fit over a stud on the steering wheel so that he could grab the wheel with his right hand and steer with the palm of his left hand. In the fifty years Kenyon competed he won an incredible seven USAC National Midget championships, had eight runners-up finishes in the season points standings, and top five point finishes in 21 of 27 seasons between 1966 and 1988. In total he had 111 feature wins, 131 seconds, 107 thirds, for USAC National Midget races only, and these totals don’t include races in the NAMARS national races, regional or local races. All told, Kenyon counted 380 Midget total feature wins, including wins in Australia and New Zealand and three NAMARS midget championships. Kenyon competed in eight Indianapolis 500 races, finishing in the top five places four times. Kenyon was inducted into both the International Motorsports Hall of Fame and the National Midget Racers Hall of Fame.

This suit dates from the 1985 USAC Midget Car season where Kenyon won his fifth National Championship. He had three wins, seven seconds and four third place finishes. Due to its obvious wear it was probably used in most of the 27 races that year. The mainly yellow suit has orange stripes running down the outside of the shoulders, arms, legs and double stripes on left side of the chest. On the right side of the chest is a orange quarter panel with a stripe running off of it. Within this is Kenyon’s embroidered name and above the name is a ‘With God you’re always a winner’ patch. Under the name is a ‘Racing for Christ’ fish shaped patch. On the left chest is a USAC patch and a ‘Jolly Rancher Candy’ patch.