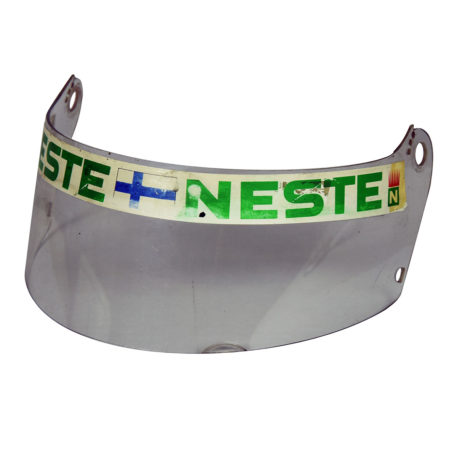 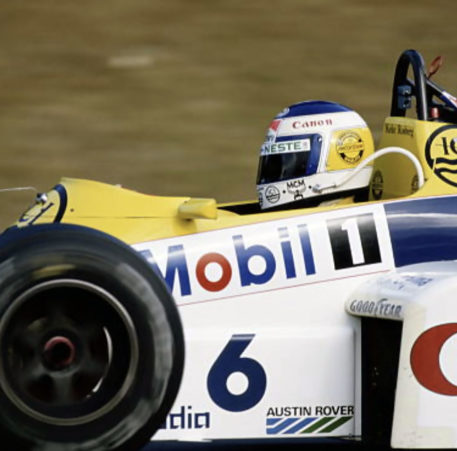 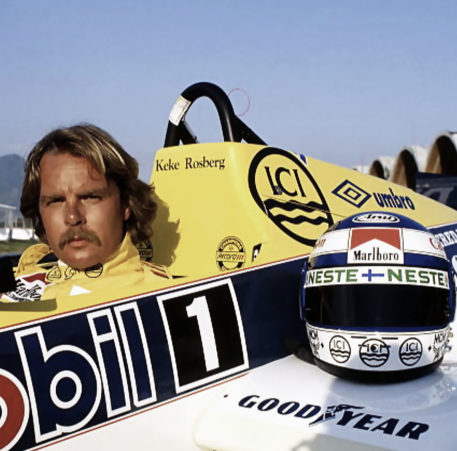 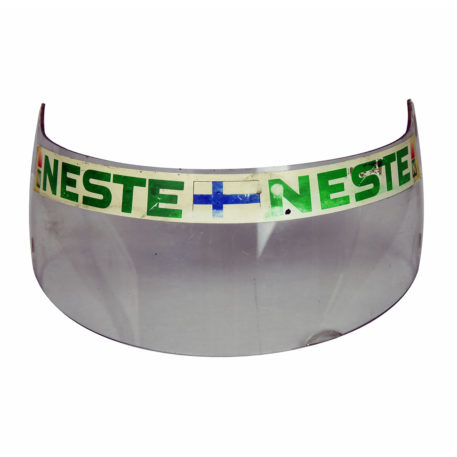 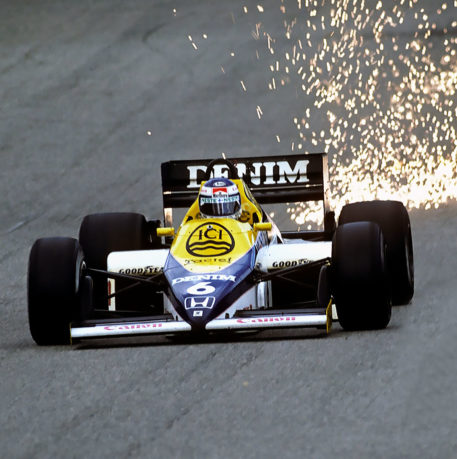 Visor race-used by the 1982 Formula One World Champion Keke Rosberg. The Finnish driver was the first from his nation to compete regularly in F1 and is also the father of the 2016 Formula One World Champion Nico Rosberg. This visor saw use during the 1985 season which was his fourth and final season driving for the Williams Racing Team. Ironically this season was better, in terms of race wins, than his championship season. He had two victories compared to just one in his title-winning year. Unfortunately the FW10 he was driving during the ’85 season was prone to technical difficulties and retired from almost half the races. However, Rosberg would score three other podium finishes to finish third in the title standings. It is believed by many that, if not for the many retirements, he undoubtedly would have claimed his second world championship title.

The tinted visor has Rosberg’s personal sponsor the Finnish Oil Corporation’s ‘Neste’ green lettering and branding logos on the sun strip and it also bears the Finish national flag.

A great chance to acquire this very rare piece of F1 memorabilia worn by a former F1 champion.