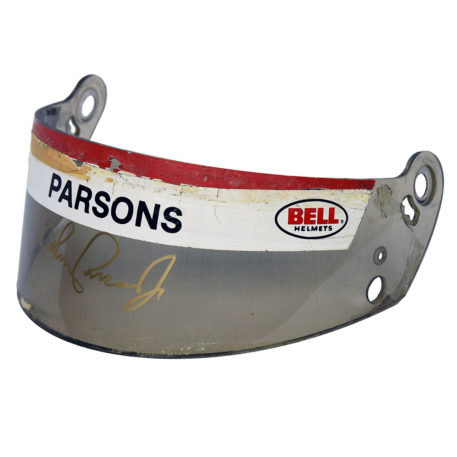 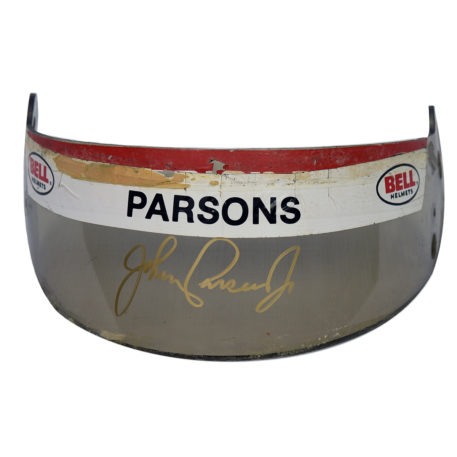 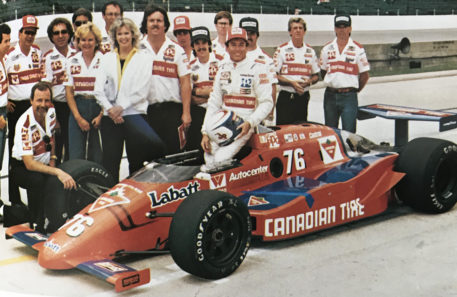 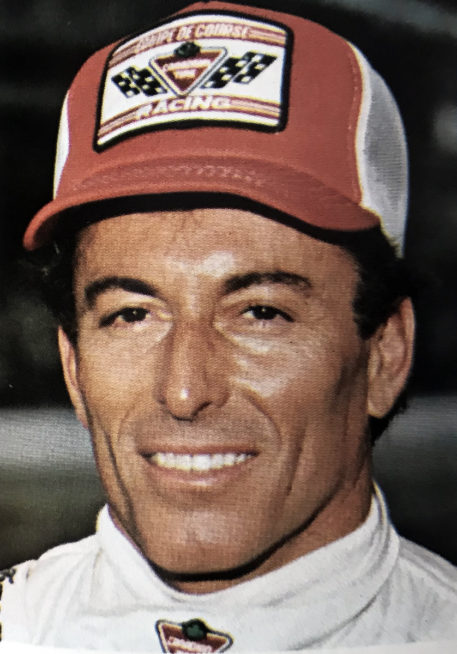 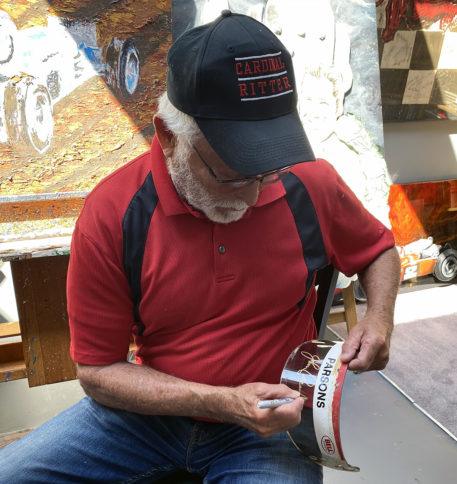 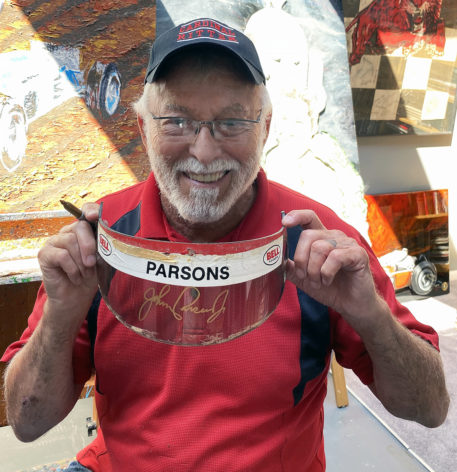 The lightly tinted visor bears a ‘Johnny Parsons’ name on a white Bell Helmets sun strip, which overlays a red Canadian Tire sun strip. The visor was obtained directly from Johnny Parsons’s own collection and has been personally signed by him with a gold marker pen.