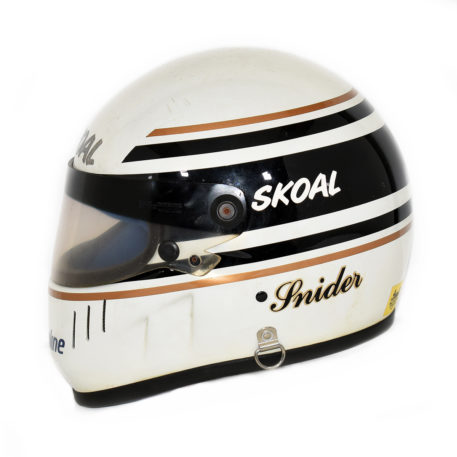 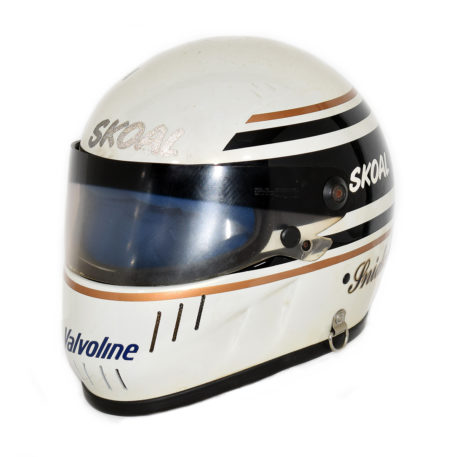 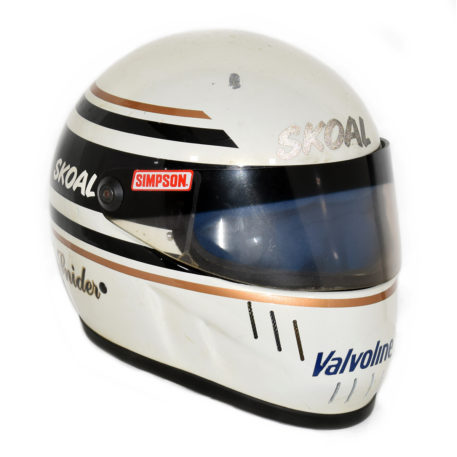 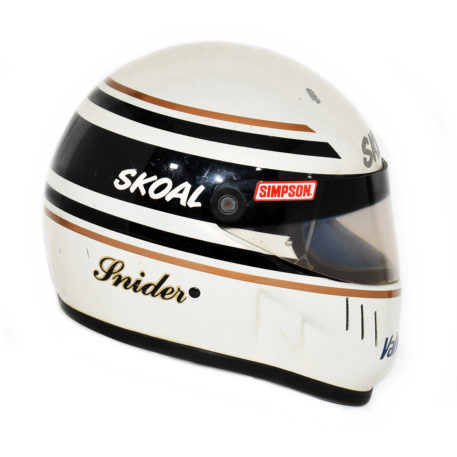 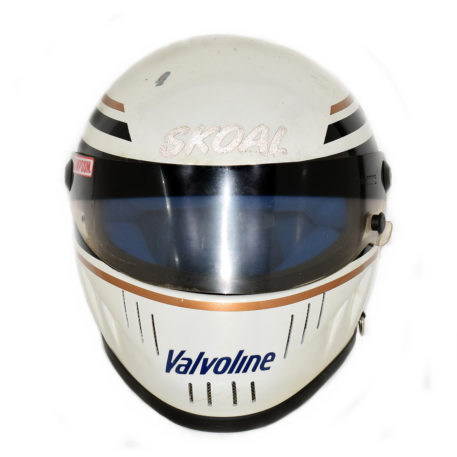 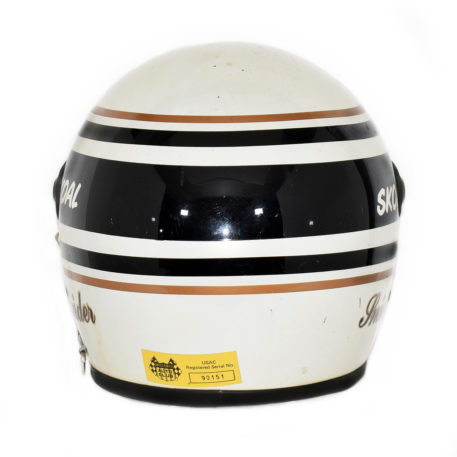 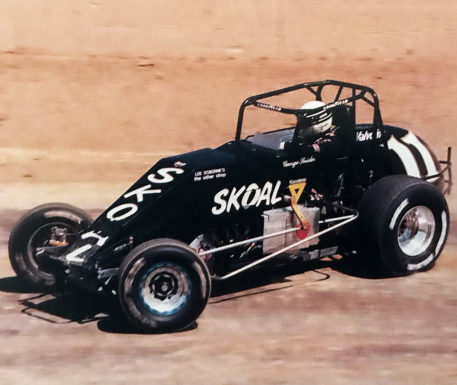 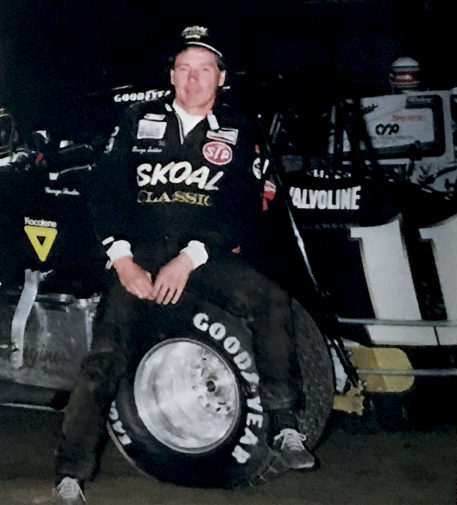 Helmet worn by American veteran Indy and Sprint car driver George ‘Ziggy’ Snider. George spent many seasons in the USAC Silver Crown series. He is also a 22-time starter of the Indianapolis 500 and made many starts driving for his good friend A.J. Foyt. Snider has the unfortunate record of competing in the most Indianapolis 500’s without actually winning one, with his best finish being 8th in 1975. Often referred to by his nicknname ‘Ziggy’ Snider, George raced in Super-modified, Modified and Sprint cars in the early 1960’s and was particularly good on dirt-tracks. He was the 1971 USAC Silver Crown Champion and the 1981-1982 USAC Champ Car champion, the last “big car” championship to include pavement races other than the Indy 500. After quitting active racing he was a successful team owner in the USAC Silver Crown Series, but has since retired.

This helmet was worn during the 1998 USAC Sprint Car Season where he would have a win at the Indianapolis Raceway Park. It has been photo-matched to being worn at the Eldora Speedway (see pictures). The white helmet has a thick black band around the middle with two thinner black and gold bands on either side. Snider’s name is on the bottom on either side of the helmet and team sponsors ‘Skoal’ tobacco branding is on the sides and top front, along with a Valvoline logo on the chin. The helmet also has its original USAC tech sticker applied.