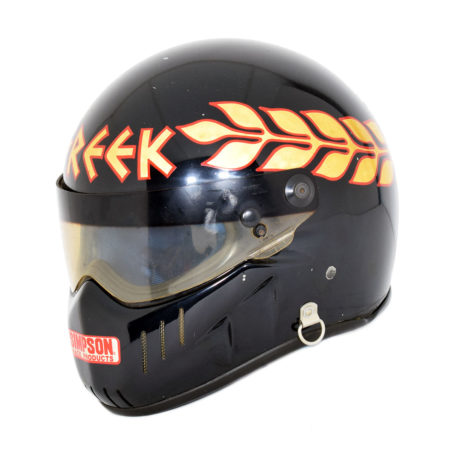 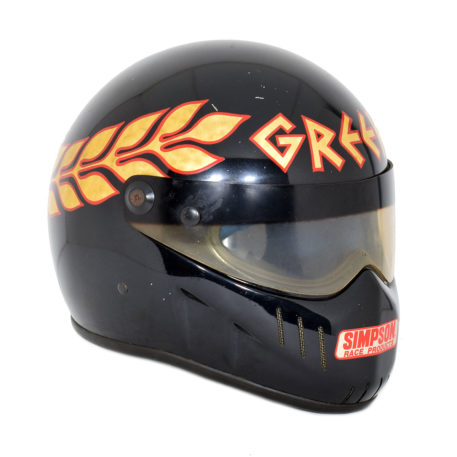 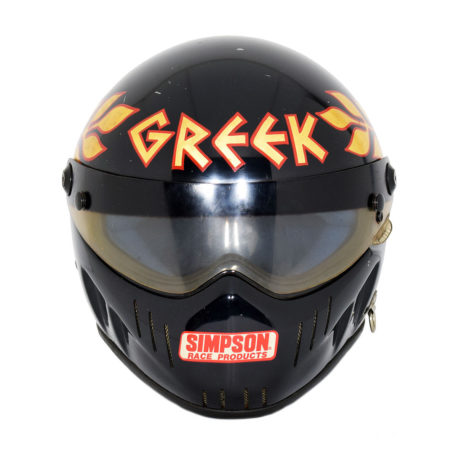 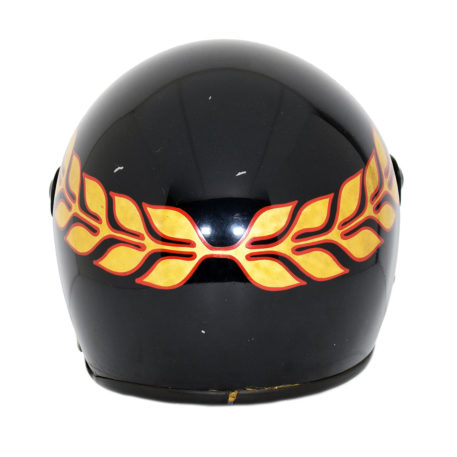 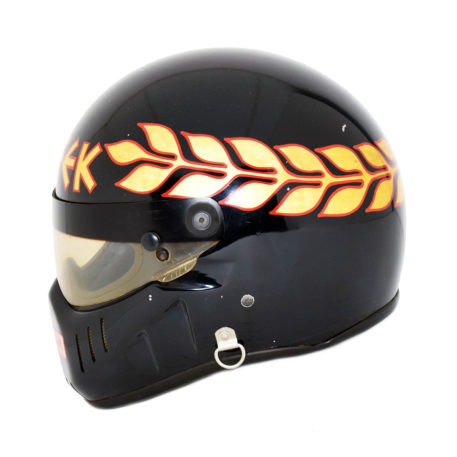 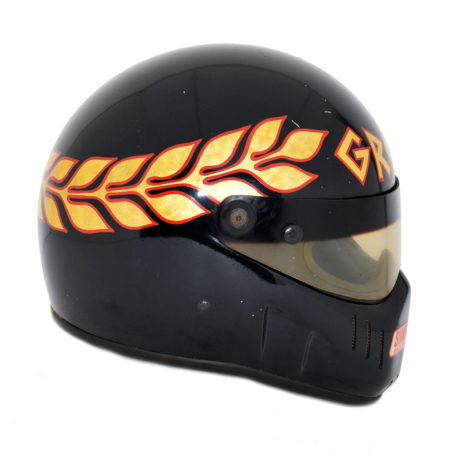 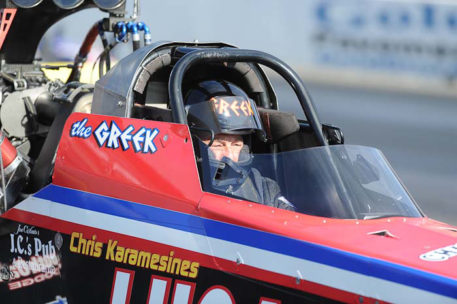 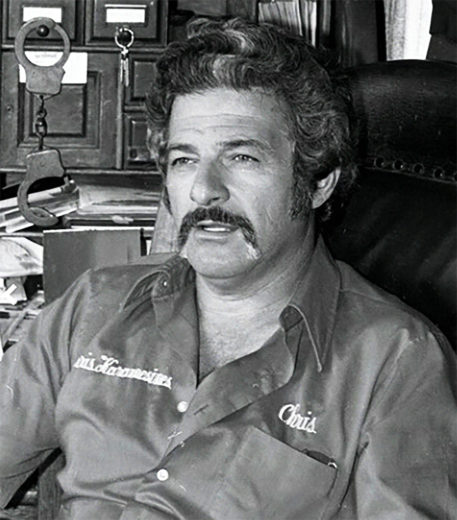 Helmet used by living drag racing legend Chris Karamesines. “the Golden Greek” started racing in stock cars in the early 1950’s then turned to top fuel racing on the drag strip and is credited to be one of NHRA’s early pioneers. Amongst Karamesines more memorable career highlights during a six-decade career are his 1959 AHRA Top Fuel world championship, his No. 1 qualifying effort of 7.99 at the 1963 Bakersfield Fuel & Gas Championships, which was the first seven-second run in the history of the event. He ran Famoso Raceway’s first 7.84. Other triumphs included four wins at the World Series of Drag Racing in Cordova, 1966 AHRA Nationals, 1972 AHRA Marathon Nationals and ADRA World Finals in 1984 and 1985. He also held the coveted Drag News No. 1 spot in Top Fuel for 1963. He also ran Funny Cars during the 70’s. Karamesines is still racing today at the age of 87. In 2018 he set down a blistering 4-second, 305 mph run making him NHRA’s oldest-ever qualifier. The Drag Racing Hall of Famer is ranked 30th on the NHRA’s list of all-time greats.

This Simpson Bandit helmet was used by Karamesines around the mid 80’s the all black helmet has a gold edged in red laurel leaf crown running around the top. To the top front is Karamesines nickname ‘Greek’ (in reference to Greek ancestry) also in red edged gold. There is a Simpson products sticker applied to the chin.

This Helmet was part of the Ron Burton Collection.