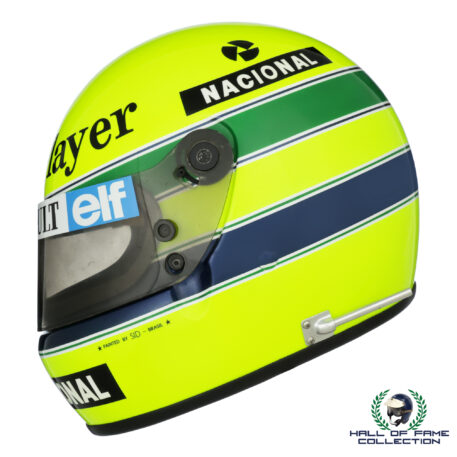 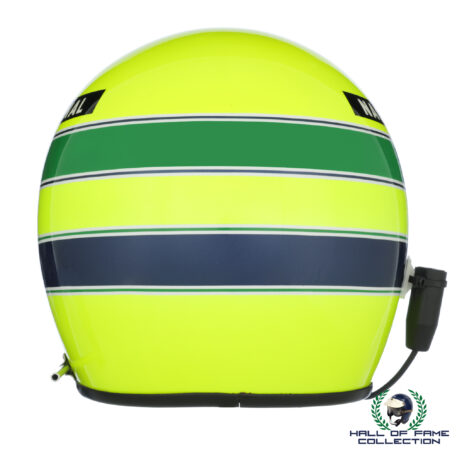 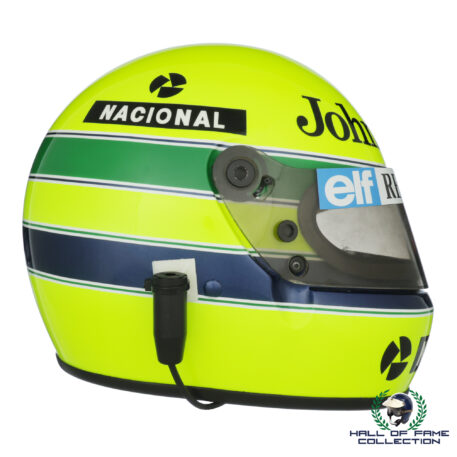 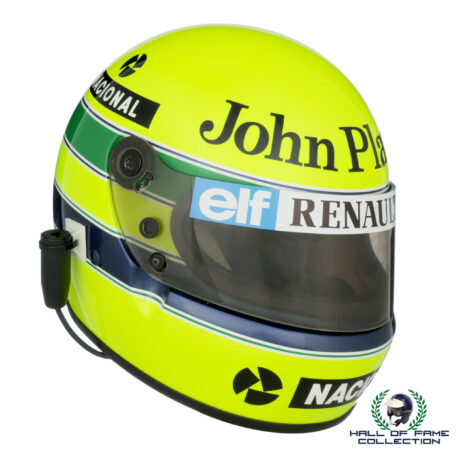 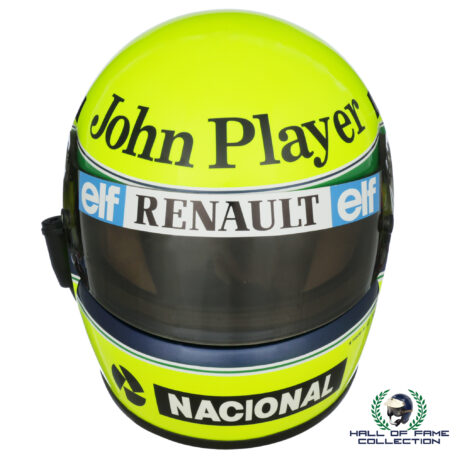 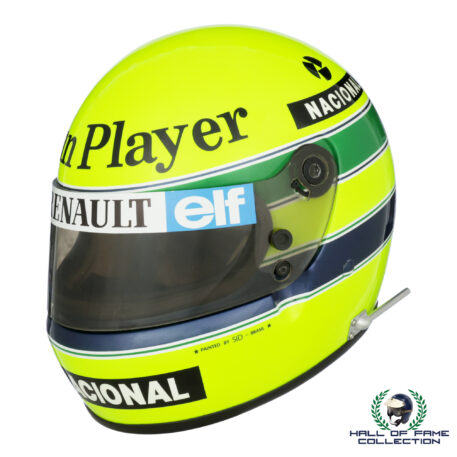 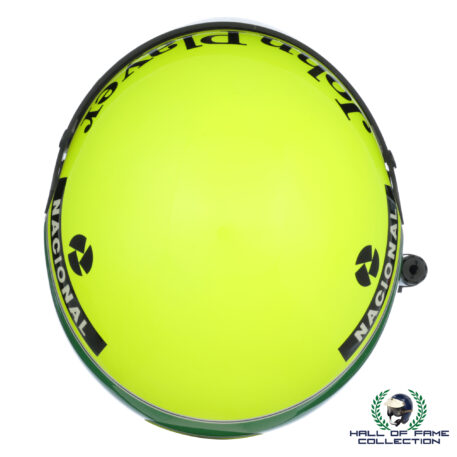 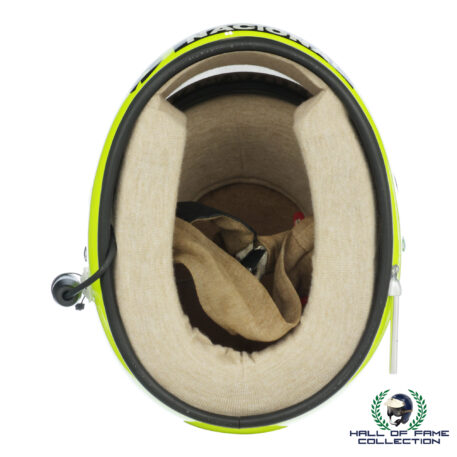 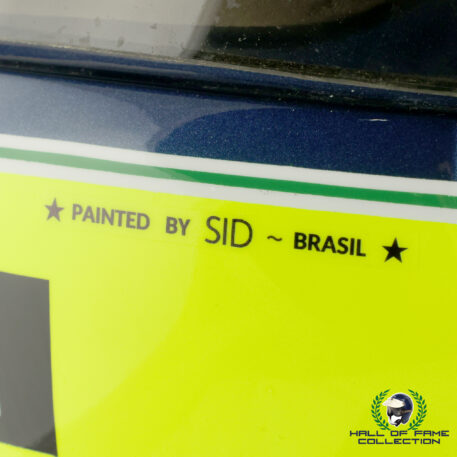 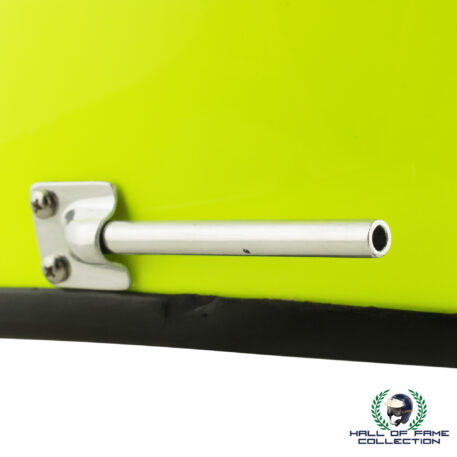 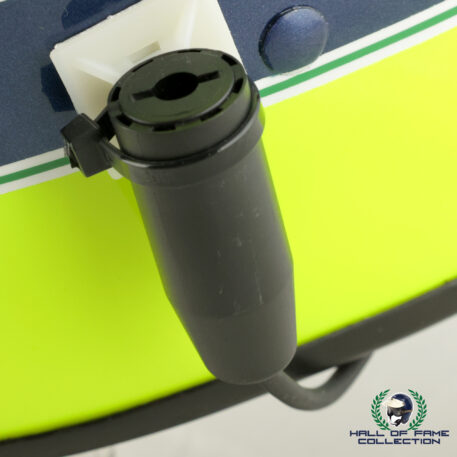 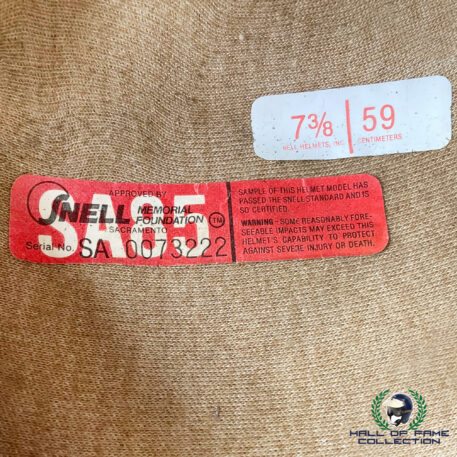 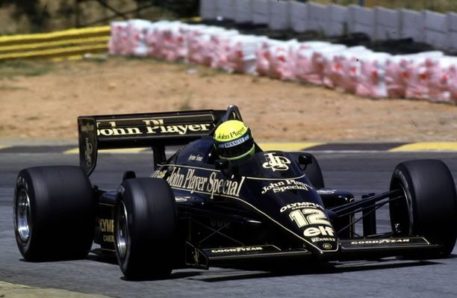 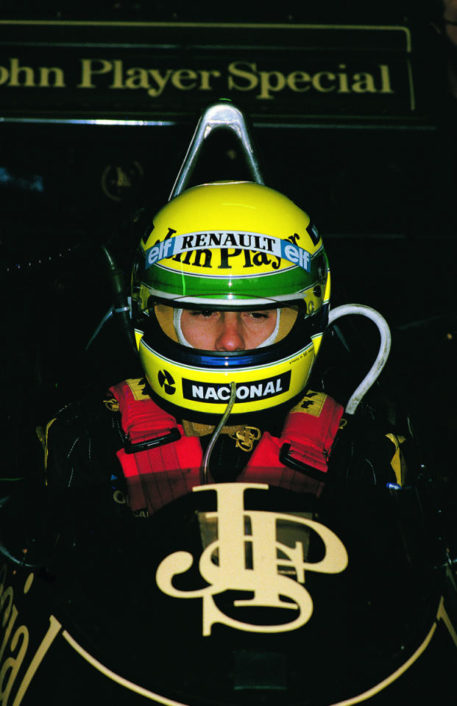 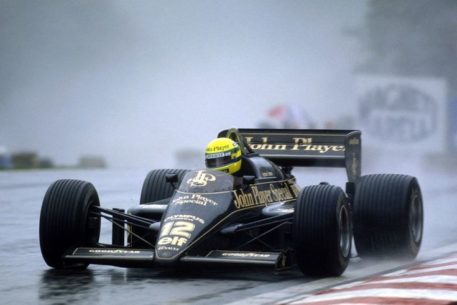 An authentic, period correct Bell XFM-1 helmet painted into the perfect replica of the one worn by Ayrton Senna during the 1985 Formula 1 season. Senna drove for JPS Team Lotus that year in the iconic Lotus 97T, powered by a Renault EF15 1.5 litre V6 Turbo engine. After retiring from the first race of the F1 season at the Brazilian Grand Prix, Senna would go on to score his first F1 win in spectacular fashion.  At the second round of the season, the Portuguese Grand Prix, Senna took the first pole position of his Formula 1 career. He converted it into his first victory in the race, which was held in very wet conditions, winning by over a minute from Michele Alboreto in the Ferrari and lapping everyone up to and including 3rd place finisher Patrick Tambay. The race was the first ‘Grand Slam’ of Senna’s career, as he also set the fastest lap of the race. He would later argue it was the best drive of his career. Senna definitely made his mark that season scoring a grand total of 2 wins and 6 podiums, gaining 7 poles and 3 fastest laps along the way, and finishing in 4th place in the overall World Drivers’ Championship. Senna would go on to win 3 World Drivers’ Championships in total in his legendary career.

The neon yellow helmet has parallel green and blue bands running horizontally around it representing the colours of the Brazilian national flag, with Nacional and John Player branding logos on the top section. The visor bears an elf & Renault branded sun strip and the chin of the helmet has the Nacional branding logo on it as well.