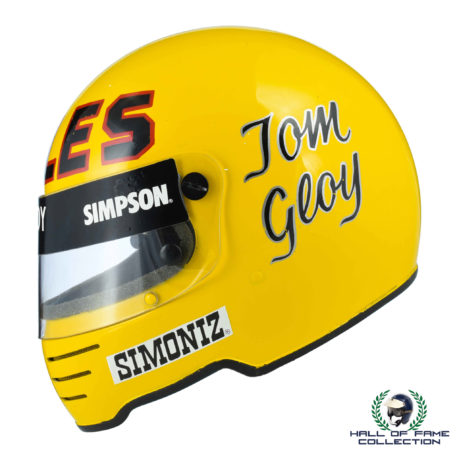 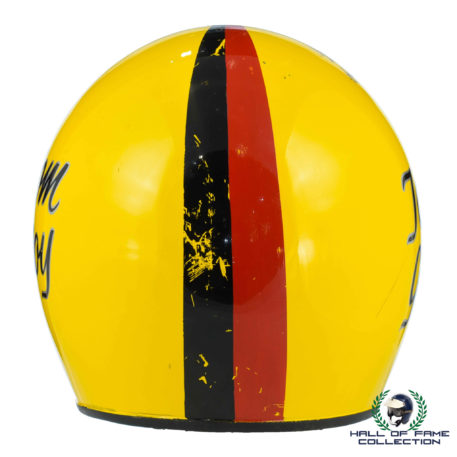 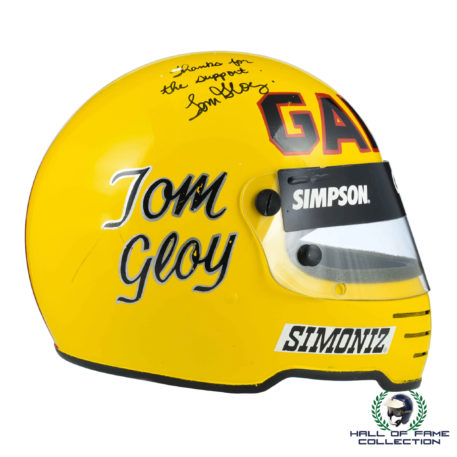 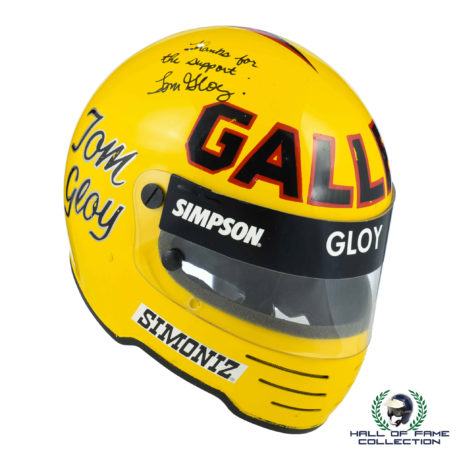 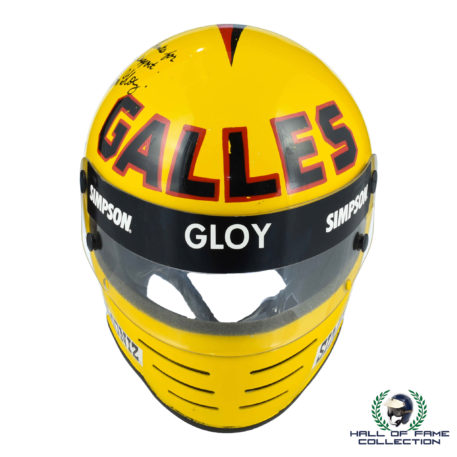 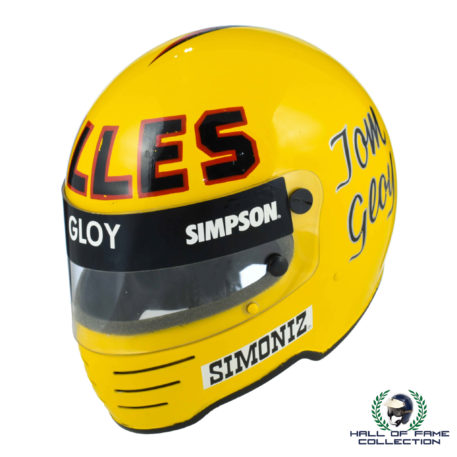 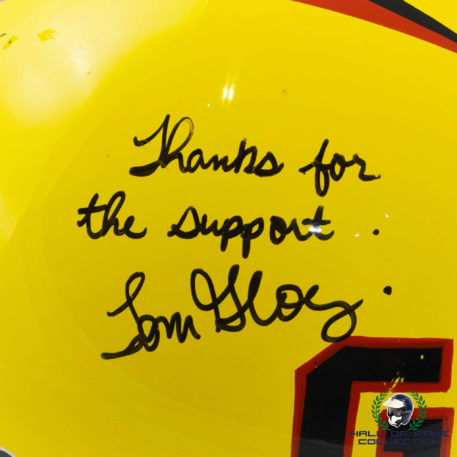 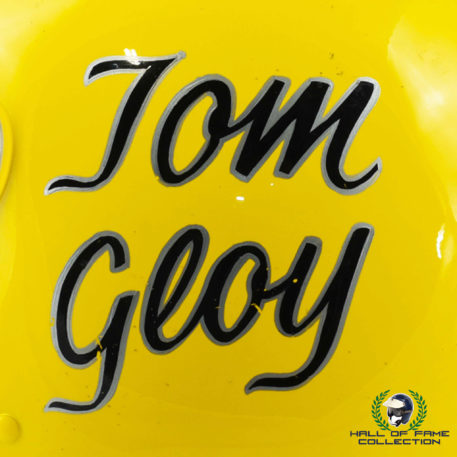 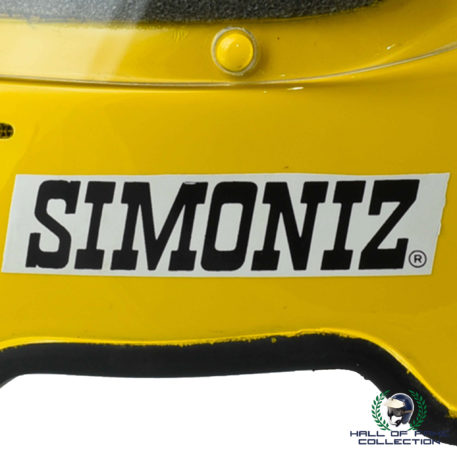 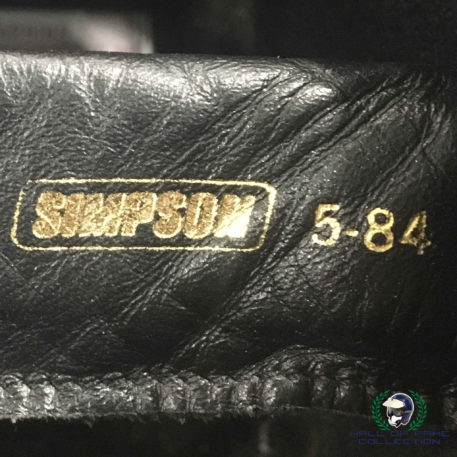 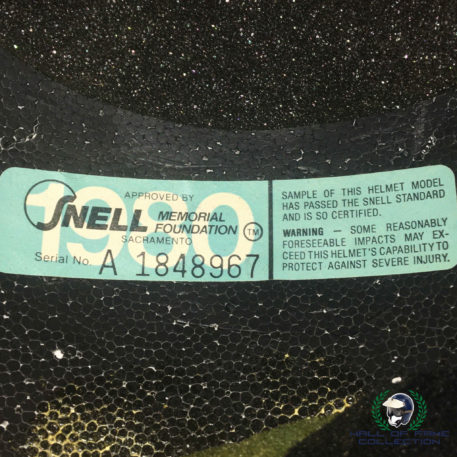 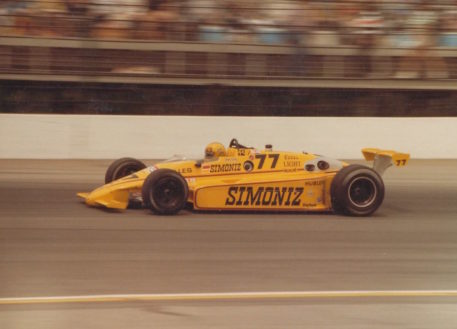 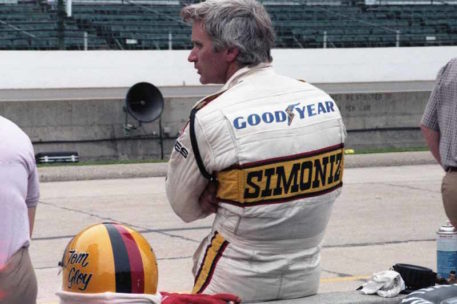 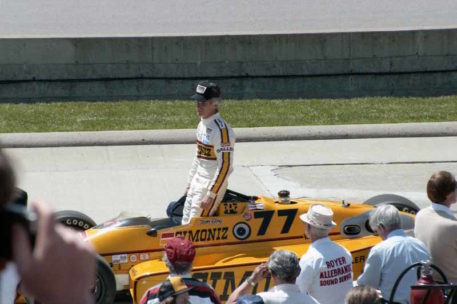 Tom Gloy is a former driver in the CART Championship Car series. He raced in the 1980 and 1984 seasons, with six career starts, including the 1984 Indianapolis 500. Despite competing in only three events in 1980, he finished 14th in points, a result of finishing each race in the top ten. In 1979, Gloy won the Formula Atlantic Series Championship. In 1985, he competed in the IROC series as the representative from Sports Car Club of America (SCCA), earned by winning the 1984 Trans-Am Championship. He owned a team in NASCAR’s Craftsman Truck Series from 1997 to 1999. The team often fielded trucks for veterans of the Trans Am series.

This Simpson 62 helmet was hand-painted and hand lettered with Galles Racing lettering in black, outlined in red, featured prominently above the visor. Tom Gloy’s name is painted on either side of the helmet, with the Simoniz branding logos on either cheek. The visor sunstrip has Gloy’s name printed in white with Simpson on either side.

The helmet is believed to have been an original helmet for Gloy at the Indy 500 however it shows limited use and no signs of a radio being installed. Perhaps it was an unused back up, however it does have the correct manufacturing date and snell sticker. Either way its a fantastic looking helmet and has been hand signed by the driver.