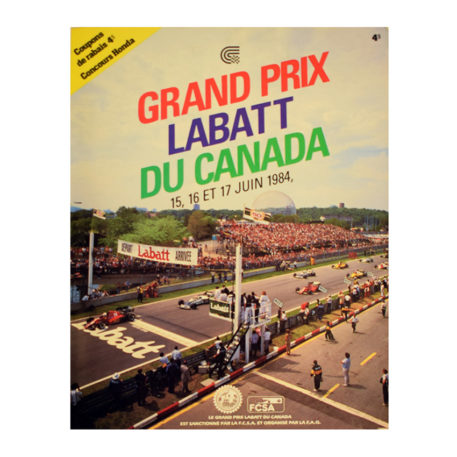 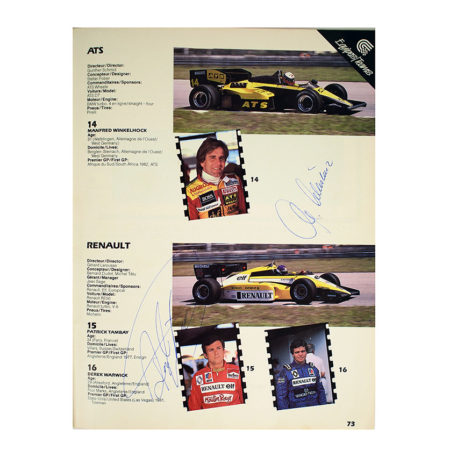 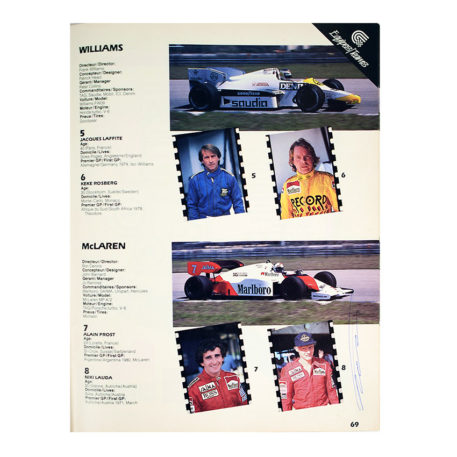 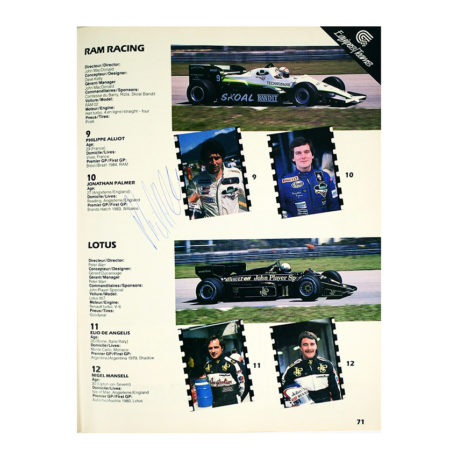 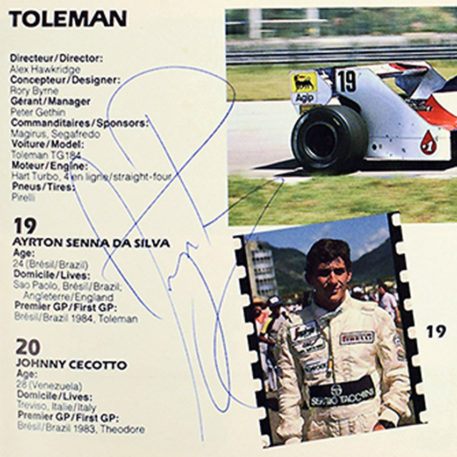 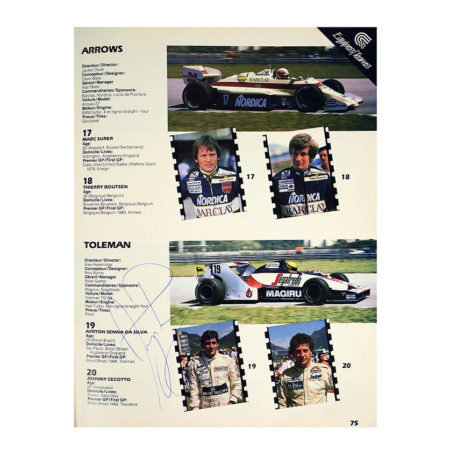 French text program/review of the 1984 Labatts Canadian Grand Prix held at the Circuit Gilles Villeneuve, Montreal, Quebec. The race will be remembered for defending World Champion Nelson Piquet scoring his first win of the season, driving a Brabham-BMW. After the race Piquet climbed out of his car and collapsed on the ground due to a badly burned right foot caused by the extreme heat from an oil cooler mounted next to his foot. The heat from the oil cooler had actually burned a hole right through his driving boot.

The program is the standard French text version but is made extra special by having an early signature of a young Ayrton Senna who was driving in his first Formula 1 season for the Toleman-Hart Team. Senna, having to compete with a less competitive car than most of the grid, would shine throughout the season by finishing in the top ten, with two podiums spots, in the races he finished. He would finish the Canadian race in a creditable seventh place. The program also has the signatures of other drivers, such as Winkelhock, Tambay, Lauda and Alliot.