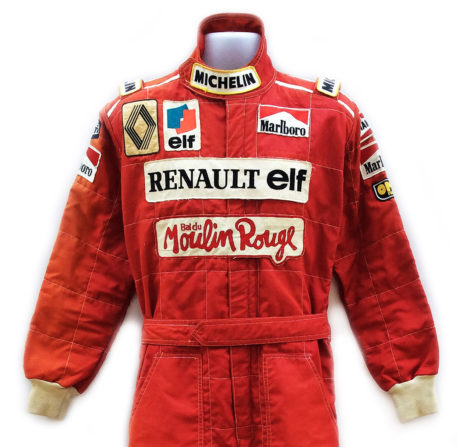 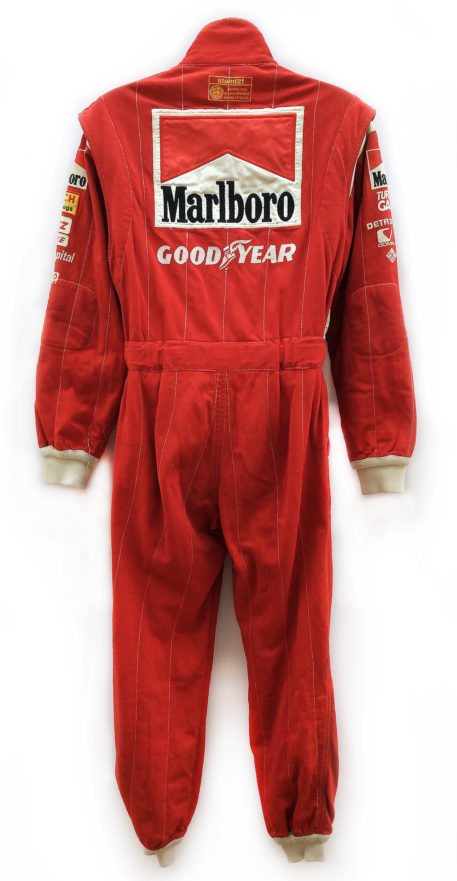 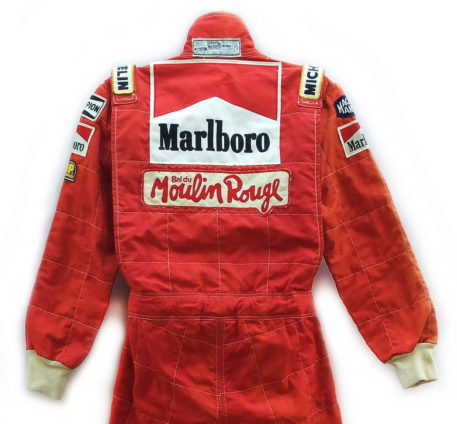 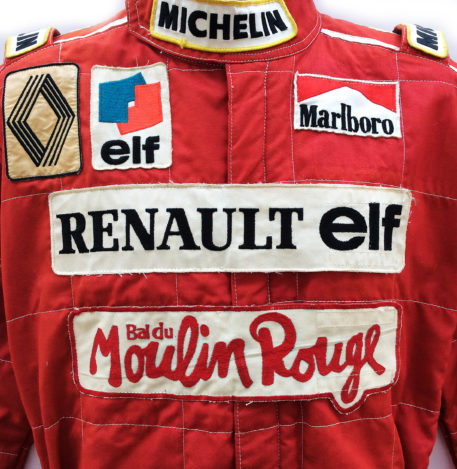 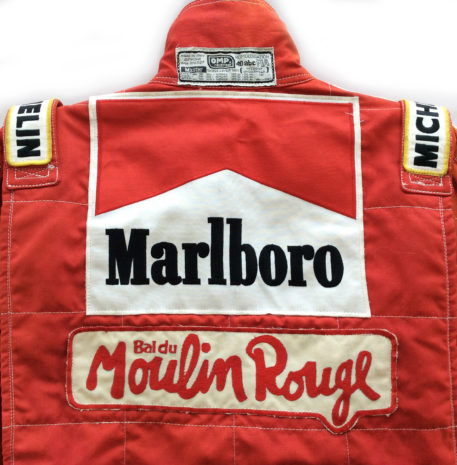 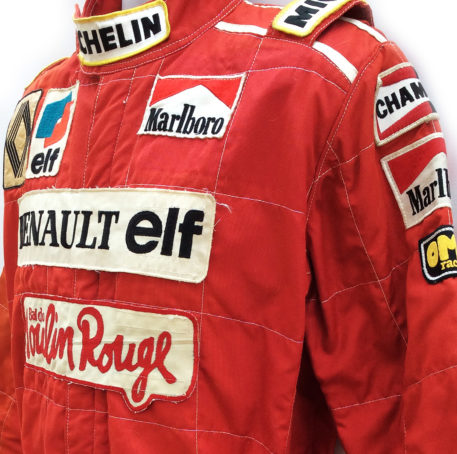 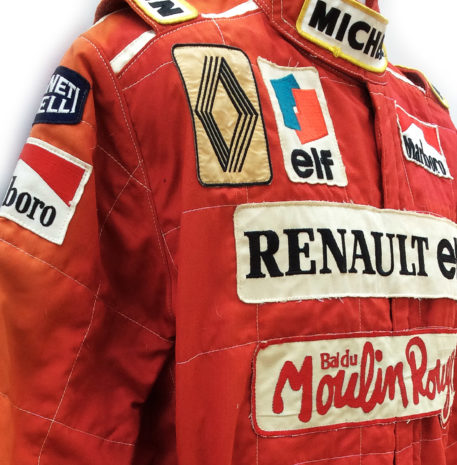 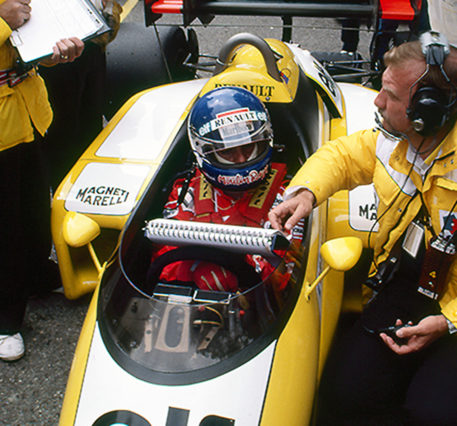 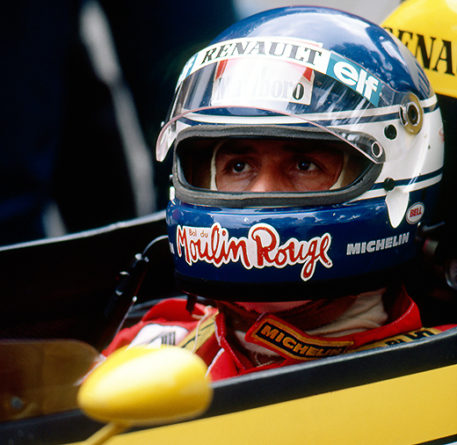 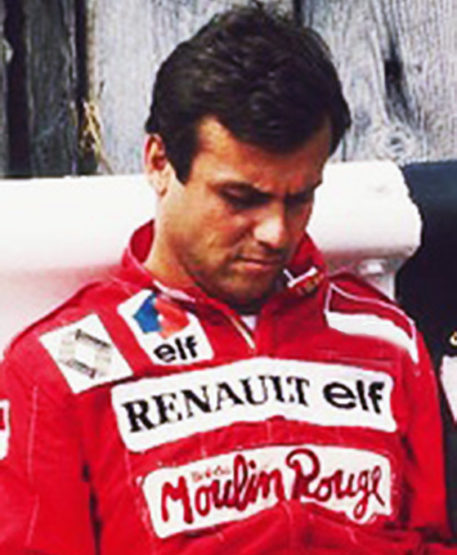 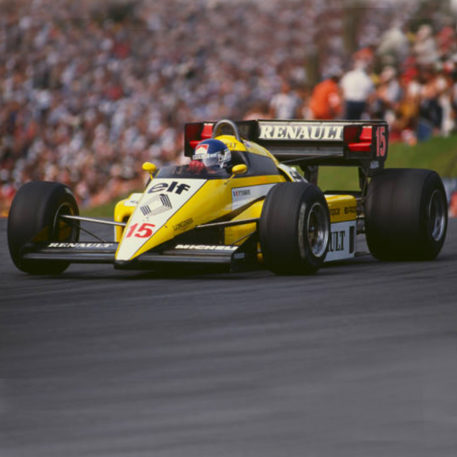 Suit used by Frenchman Patrick Tambay in his 1984 campaign with the Equipe Renault Elf Team. Driving the Renault RE50 he scored his best finish for the year with a 2nd place at the French Grand Prix. He also had six other top ten finishes that year.

Tambay had, in total, 114 starts in Formula One with two wins and many top five finishes. He also had stints in the Can Am series in Endurance Sports Cars, as well as competing in the Le Mans 24 hour and many other races.

An eye-catching race-worn OMP suit with Marlboro, Moulin Rouge and, of course, the works Elf Renault logos attached to it.

This is a great chance to own a rare suit from a double Grand Prix winner.