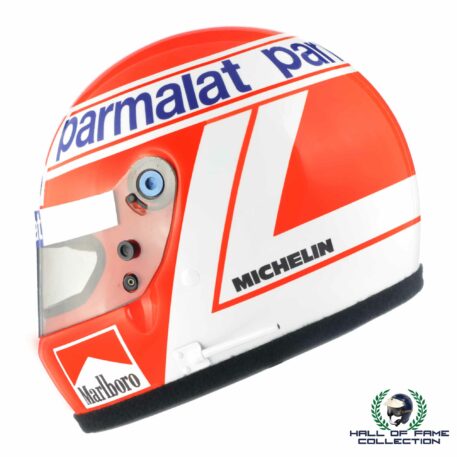 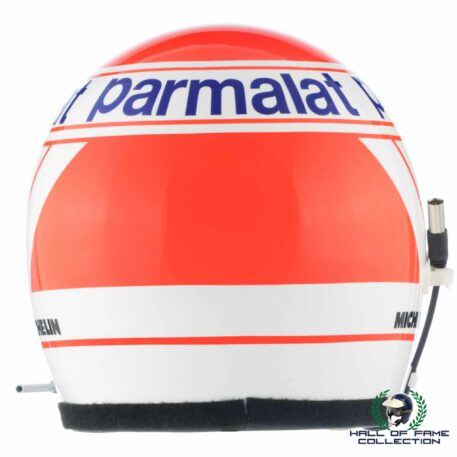 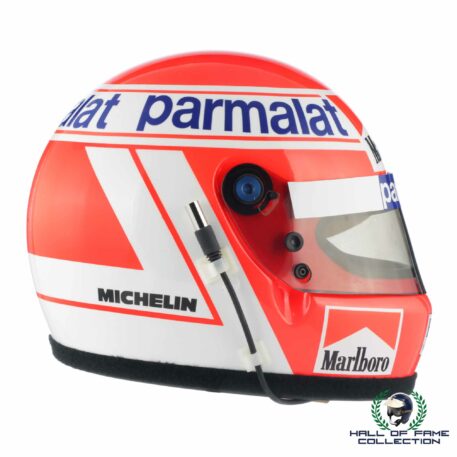 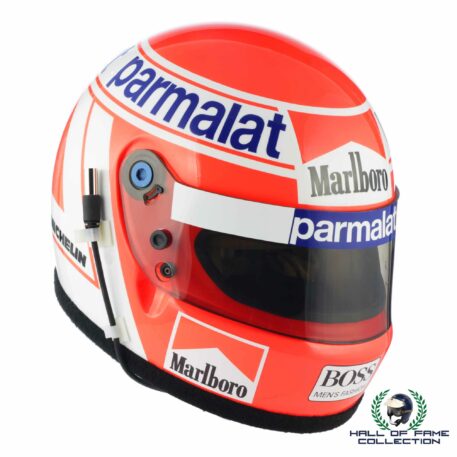 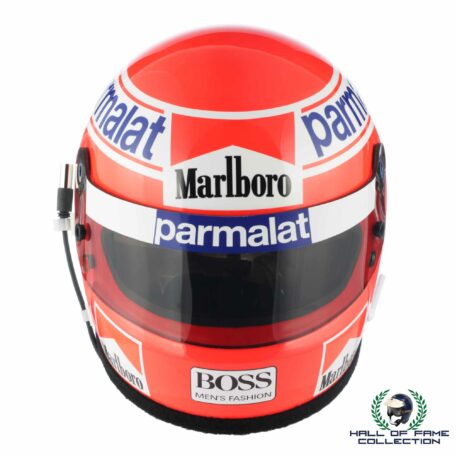 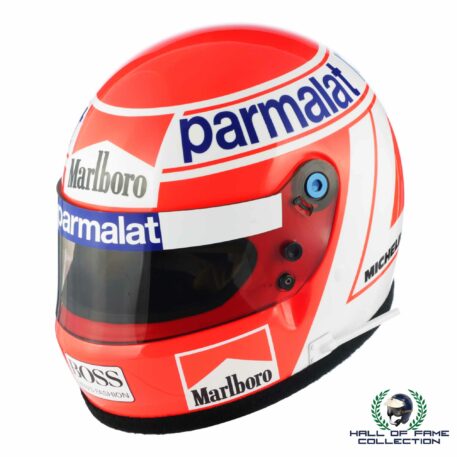 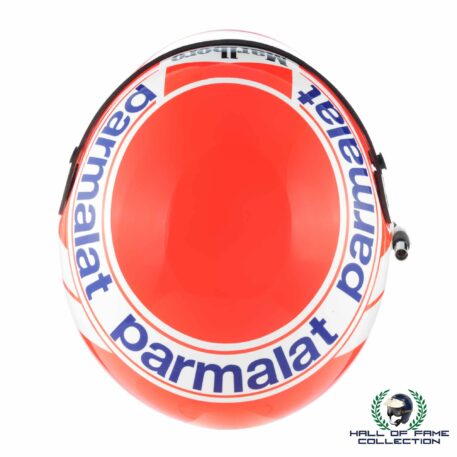 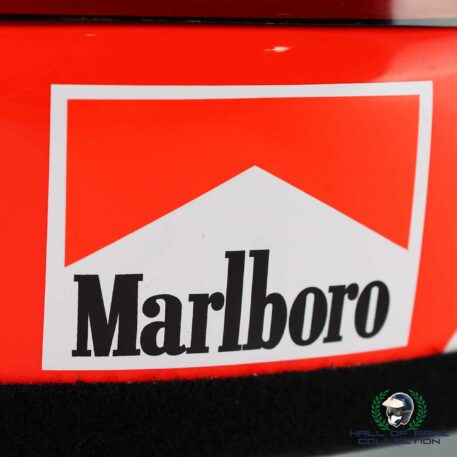 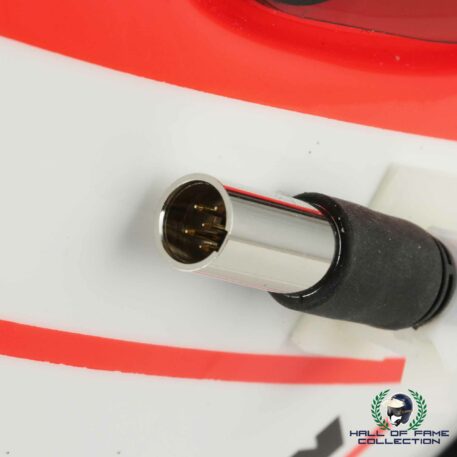 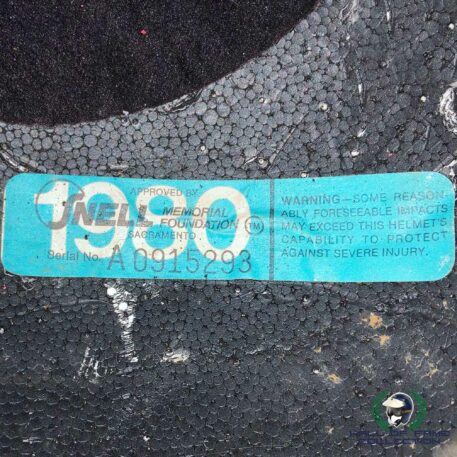 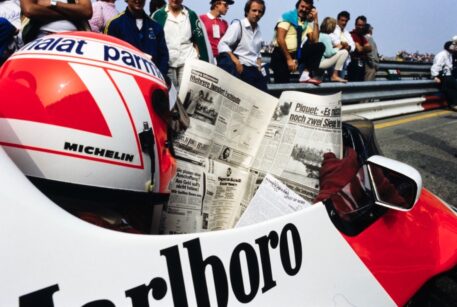 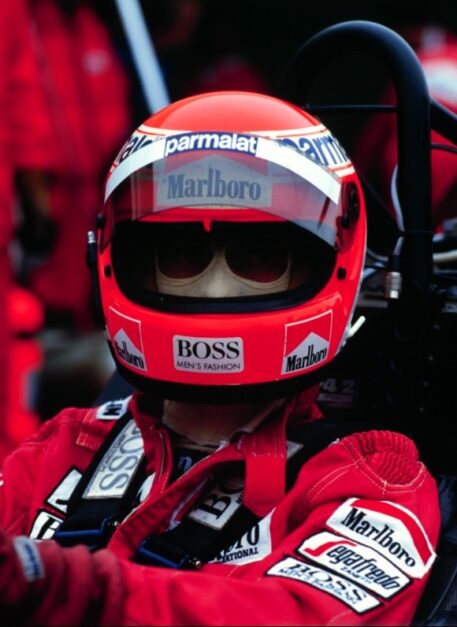 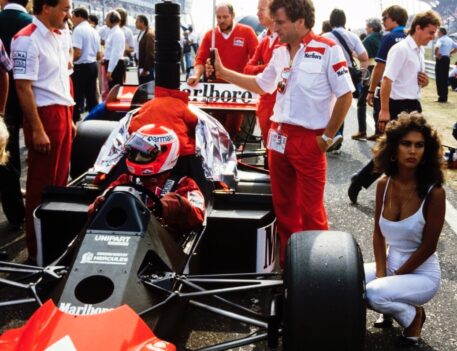 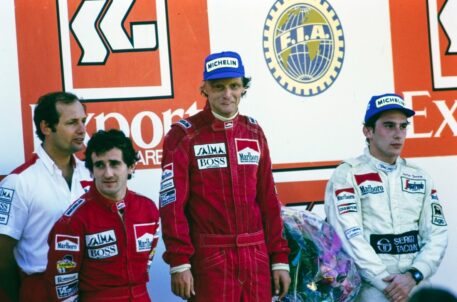 Stunning replica of the helmet Niki Lauda wore on his way to winning his third and last World Championship in 1984. The helmet is beautifully painted on a period correct Bell XFM-1 and the details on the helmet are very exact down to the radio wiring.

The 1984 season saw Lauda paired up with new team mate Alain Prost who proved to be a talented rival. They dominated the whole season as the championship became a duel between the duo. Prost won seven races to Lauda’s five, including the last two races of the season, but Lauda eventually prevailed by just half a point – the smallest margin in Formula One history.

The Austrian driver was seriously injured in a well documented crash at the 1976 German Grand Prix, that later inspired the movie “Rush”. He is the only driver to date to win World Championships for both Ferrari and McLaren.