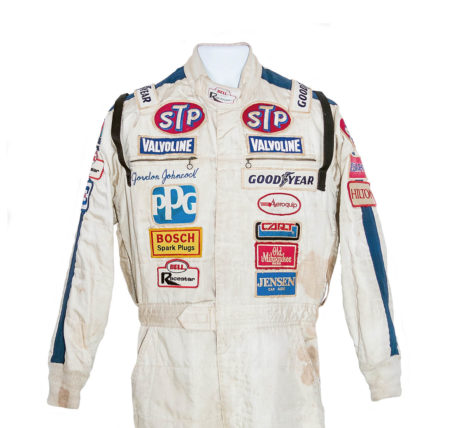 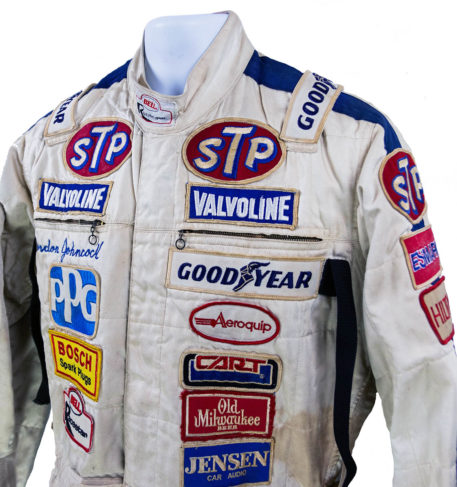 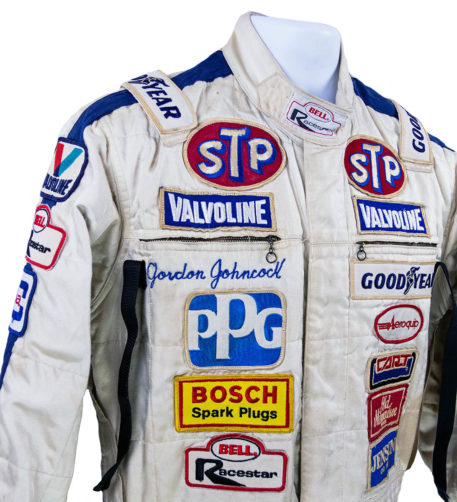 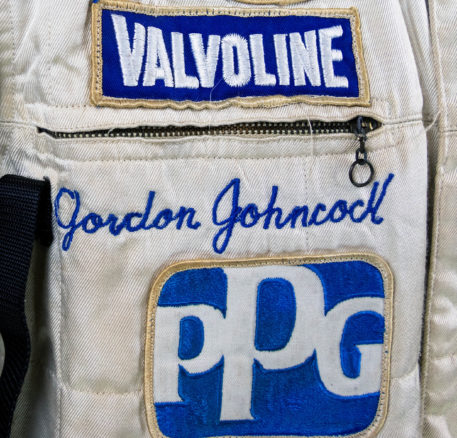 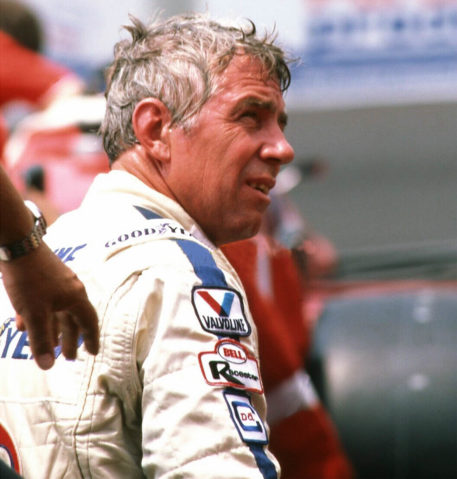 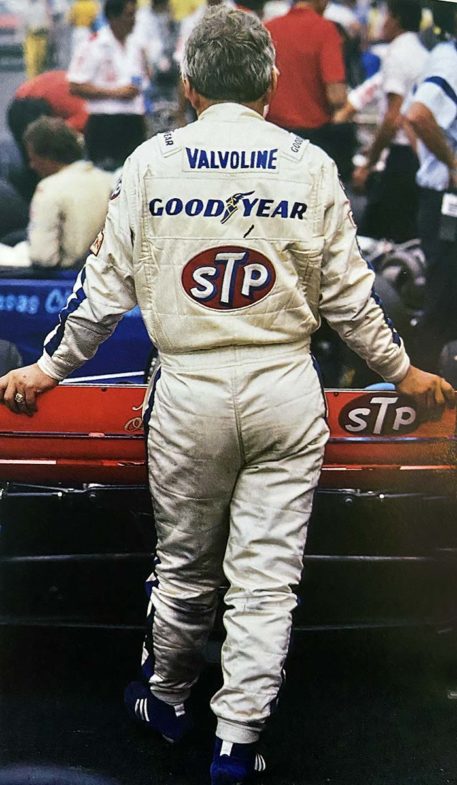 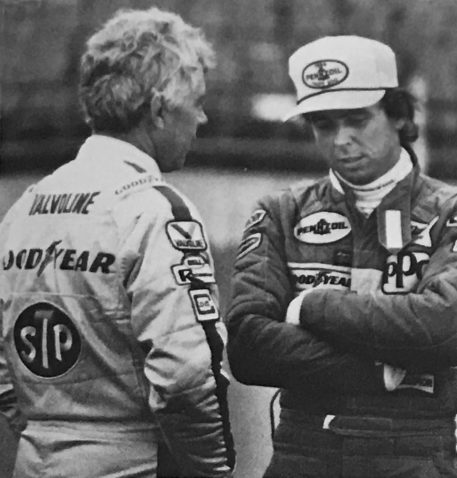 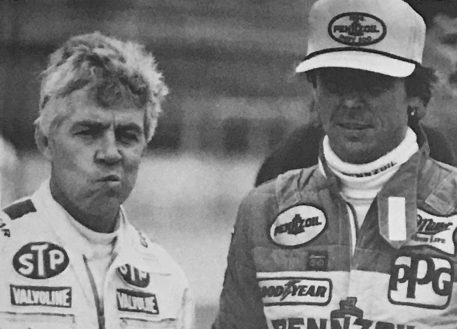 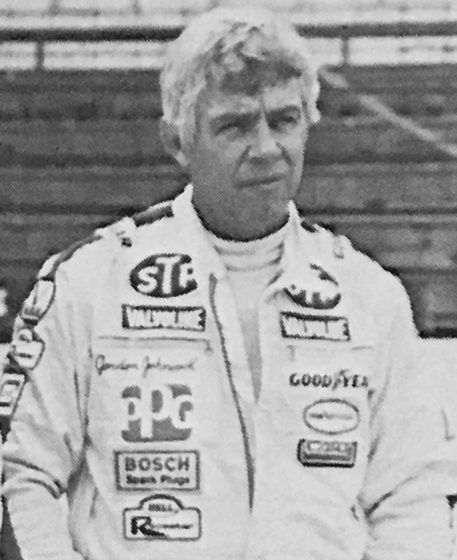 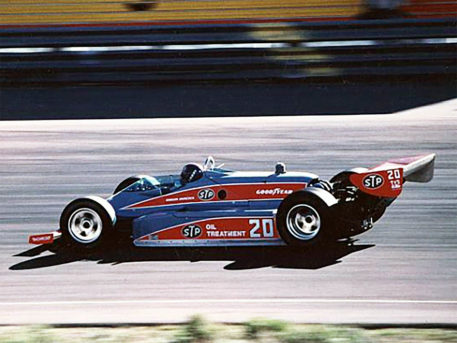 Bell Racestar, Patrick Racing STP suit, worn by two-time Indy 500 winner Gordon Johncock. This would have been one of only a few suits that were available to Johncock during the season and, as a result, he would have used this particular suit extensively during the 1984 CART IndyCar racing season. This would be Johncock’s last full-time season in IndyCar. The suit can be seen being used at the Indianapolis Motor Speedway during the month of May, however, we are unsure if this suit was the one used for race day. It can also be seen being used in the Meadowlands Grand Prix, held in New Jersey (see pictures). Other sponsor patches, Old Milwaukee and Jensen, and black restraint straps would have been added later during the season. The suit also had many other company branding patches added to the suit including Valvoline, Bosch, and Hilton to name a few, as well as the Patrick Racing major sponsor STP oval patches on the back and on the front of the chest.

This is a great piece of memorabilia from the former IndyCar Champion and two-time Indianapolis 500 Winner.