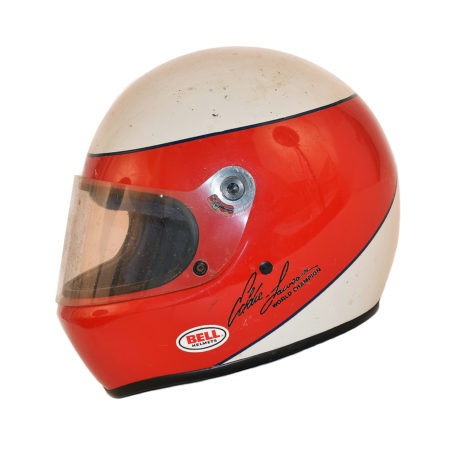 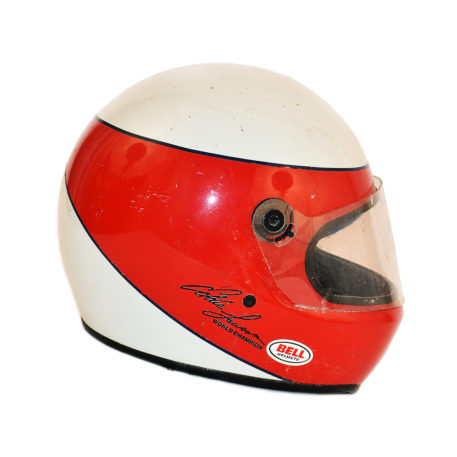 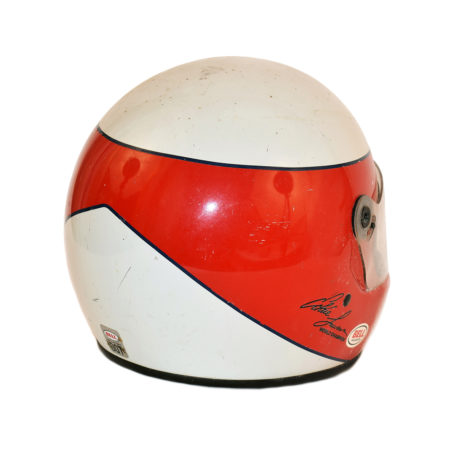 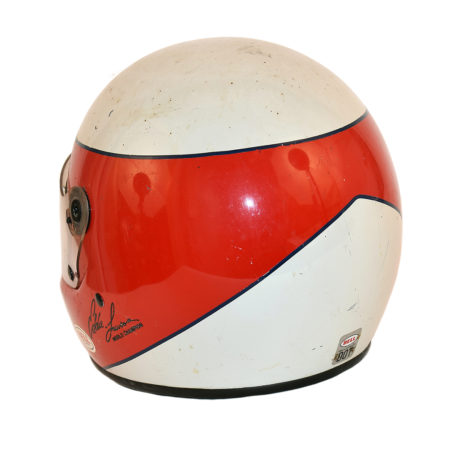 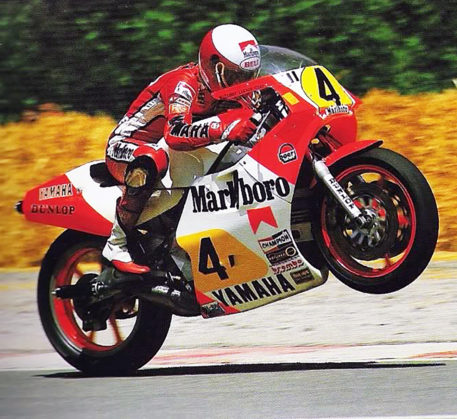 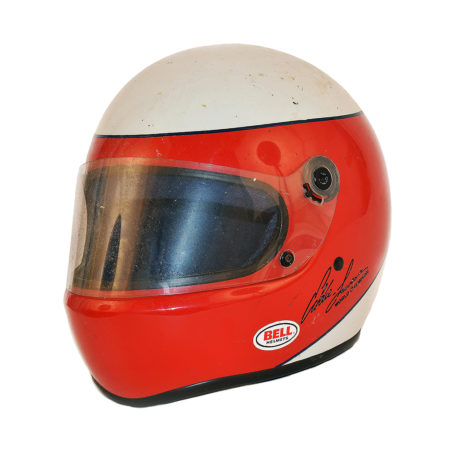 Original Bell Racing Products Eddie Lawson signature replica racing helmet. These signature helmets were produced by Bell to commemorate specific times and accomplishments in racing. This particular one was to commemorate Lawson’s first World Championship in 1984. He was a four-time World Champion who cut his teeth on American dirt tracks before spending ten years on the 500cc GP road racing circuit. After retiring from motorcycle racing Lawson also had a brief stint driving IndyCars in 1996.

The helmet has the red and white ‘Lawson’ design with ‘Eddie Lawson Word Champion’ and Bell branding decals on either side. It was not used in racing but it was owned and personally used by Eddie for his road bike. This is a great item to put into your Champions collection at a fraction of the cost of an original GP race-worn helmet.