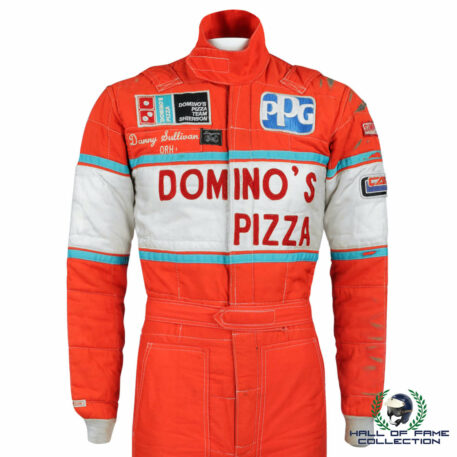 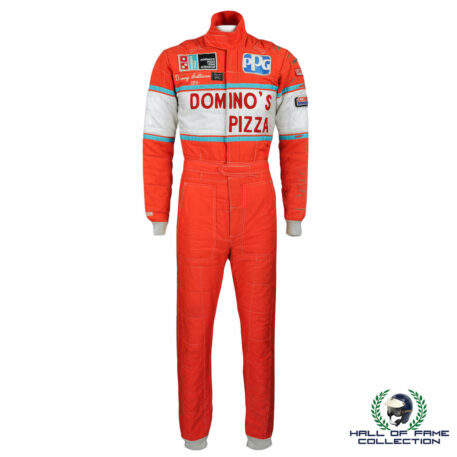 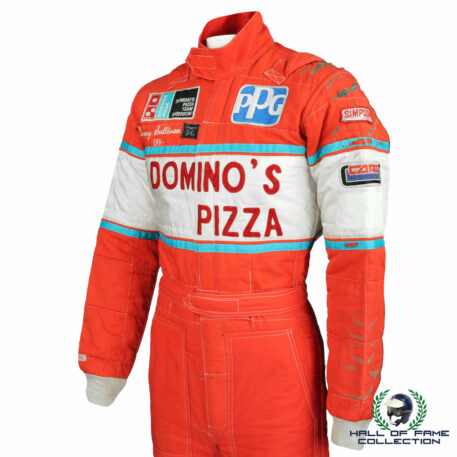 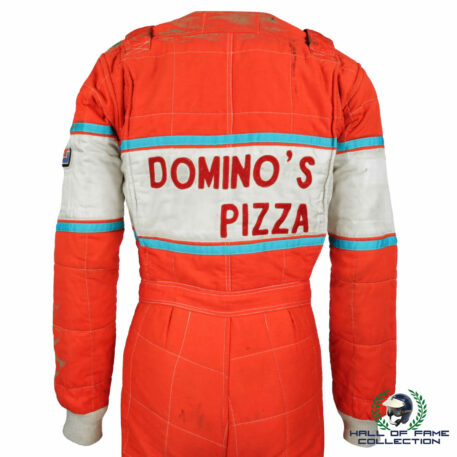 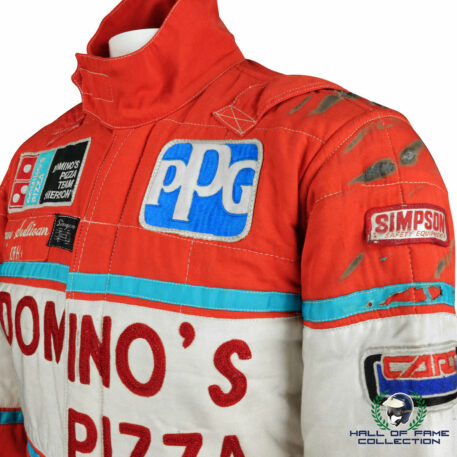 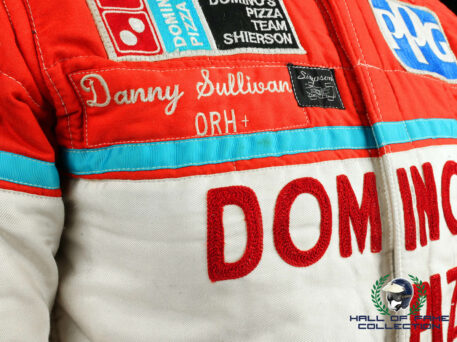 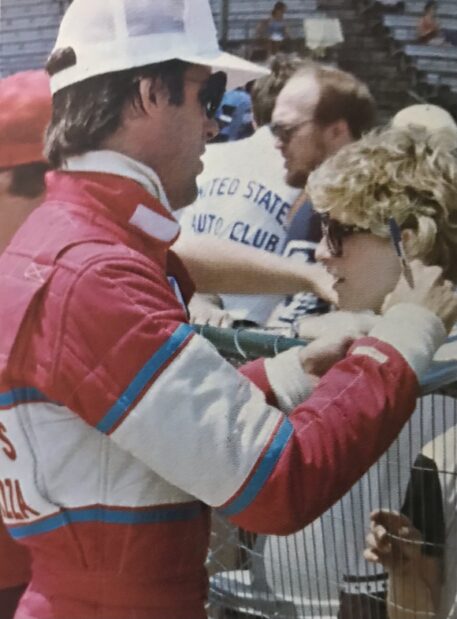 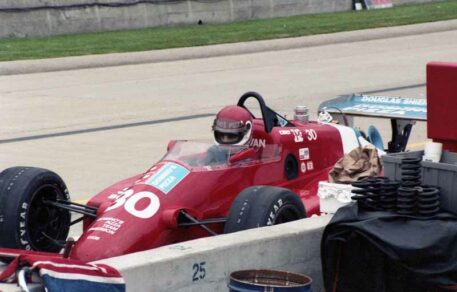 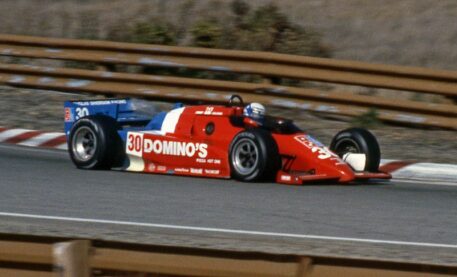 Race-used Simpson suit worn by Danny Sullivan during the 1984 CART Championship while driving for Shierson Racing.

After racing in Formula 1 for one season in 1983, Sullivan returned to North America in 1984, where he competed in the CART PPG Indy Car series. He first landed at Shierson Racing, winning three races including the Pocono 500, as well as scoring a 2nd & 3rd place along the way, finishing 4th in points standings. In total, Sullivan would earn 17 wins in the CART Indy Car World Series, including the 1985 Indianapolis 500. Sullivan won the CART Championship in 1988, and also placed third in points in 1986. He would also score a victory in 1989 IROC race.