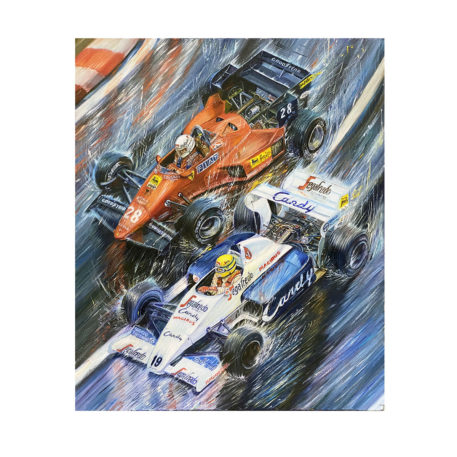 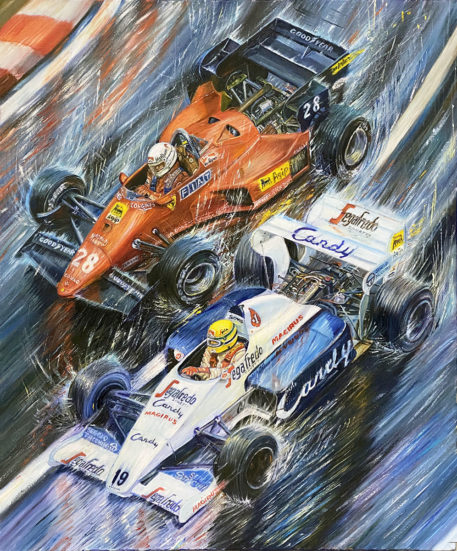 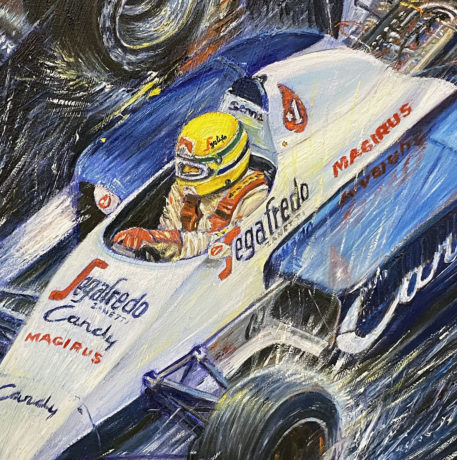 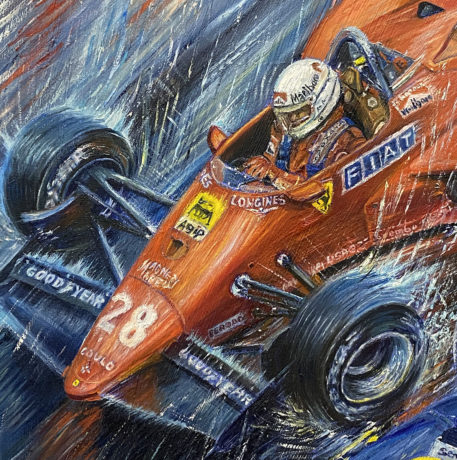 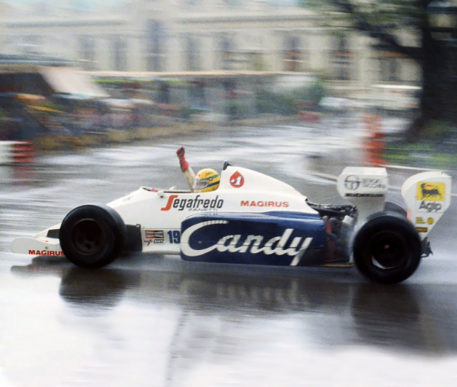 This superb artwork by Arkadi depicts his interpretation of an historic moment in motorsport history. The image shows a young, inexperienced Ayron Senna battling with René Arnoux for second place in the 1984 Monaco Grand Prix. This was the race that the young Ayrton Senna announced himself onto the world stage, in his first Formula 1 street race in his rookie season. The race would also showcase his wet weather driving skills that Senna would become famous for throughout his career.

During a torrential downpour the young rookie driver Senna would start in thirteenth position on the grid in a generally unruly and uncompetitive Toleman-Hart TG184 car. With a manual gearbox and without power steering and on a flooded circuit he sliced through the field with precision. On lap 32 he caught and passed slowing race leader Alain Prost just as officials showed the red flag stopping the race due to the adverse conditions. However, the rules stated that the final points scoring positions were to be taken from the lap prior to the flag being shown, giving Prost the win and Senna finishing second.

The Artwork has a downward-looking view of Senna’s Toleman-Hart car on the outside of the Ferrari 126C4 of René Arnoux as they race around the city streets of Monte Carlo and around the harbor of the principality of Monaco. Its abstract style emphasizes the speed, action, and treacherous conditions the drivers faced on that famous day.

Its medium is oil on canvas and has dimensions of 30 x 36 inches.

Arkadi, who grew up in Eastern Europe, had his first taste of motorsport as a child when his father took him to see an F3 race. From that day on he was hooked and as soon as he got home he was drawing the cars that gave him such a thrill. While attending races on a regular basis his painting and drawing skills would continue to improve. At Art School, while others painted still-lifes, he would start painting what truly inspired him racing cars in action.