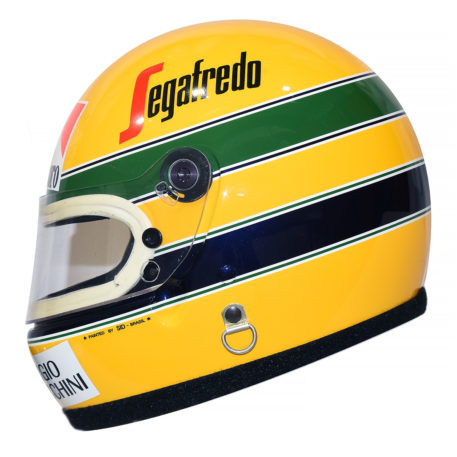 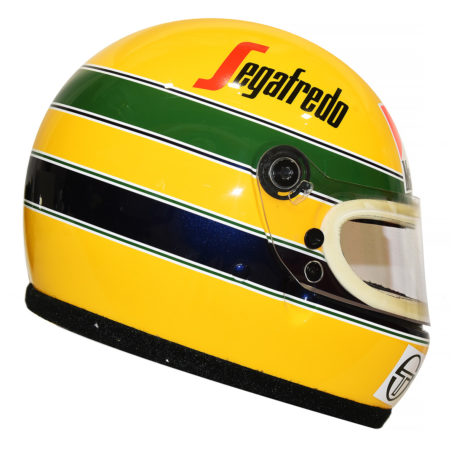 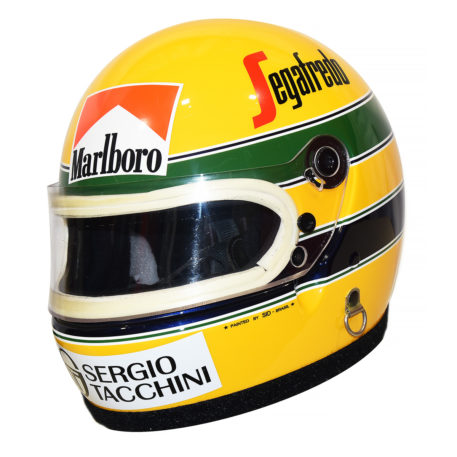 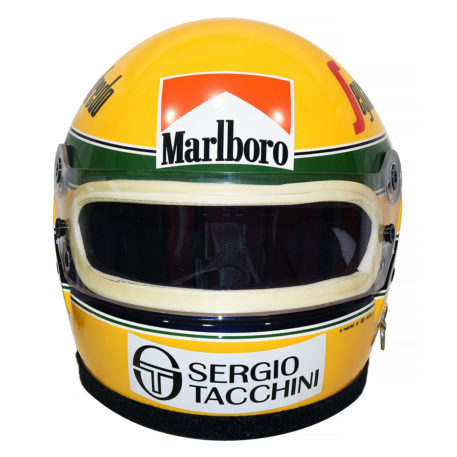 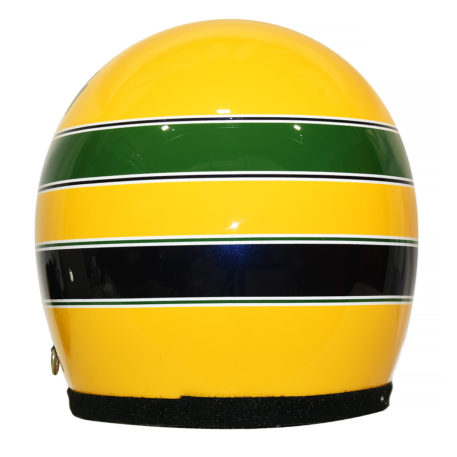 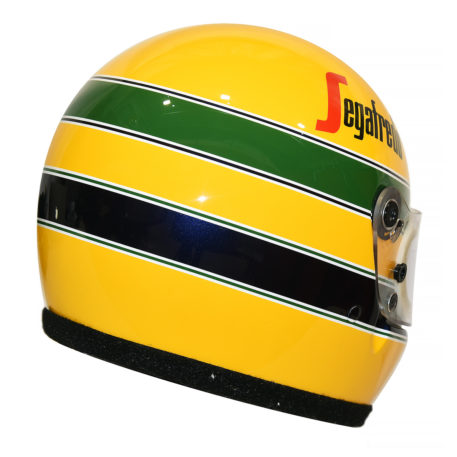 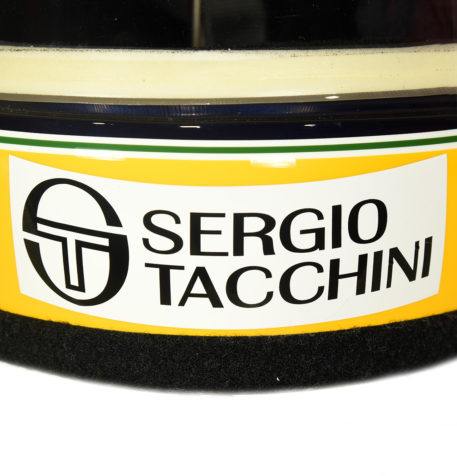 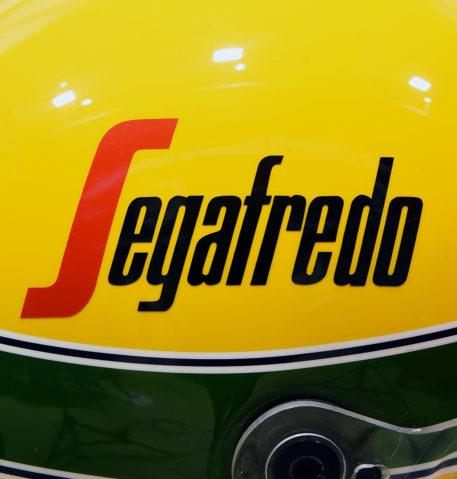 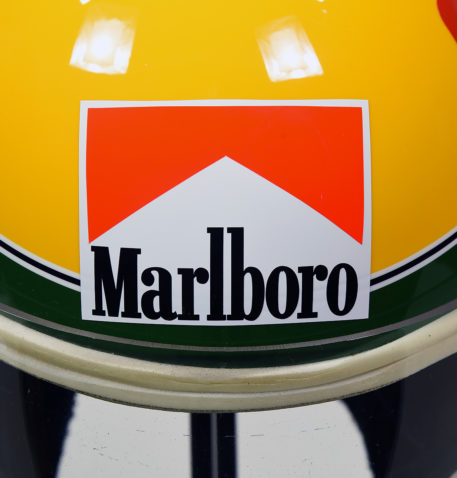 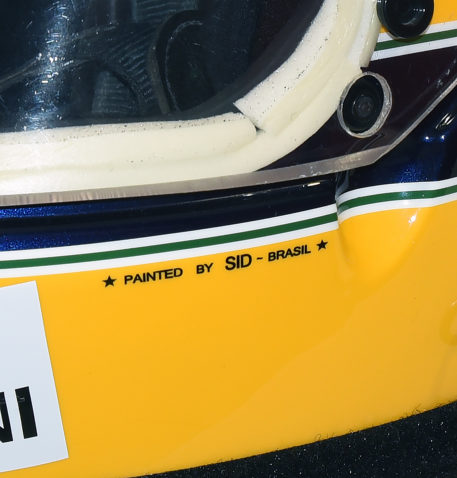 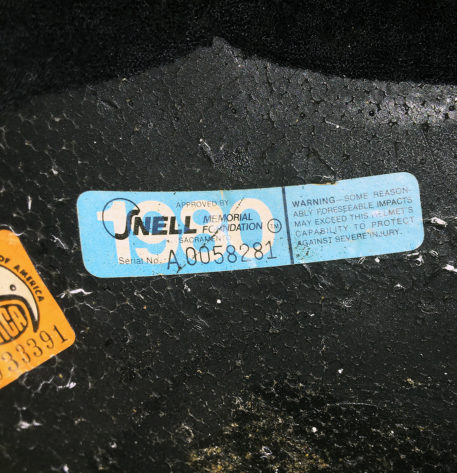 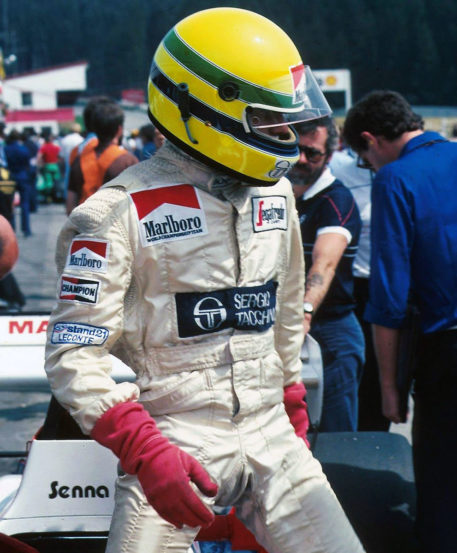 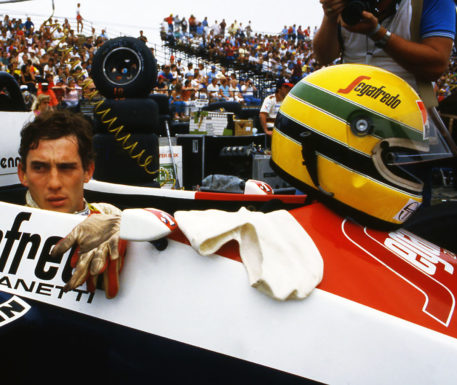 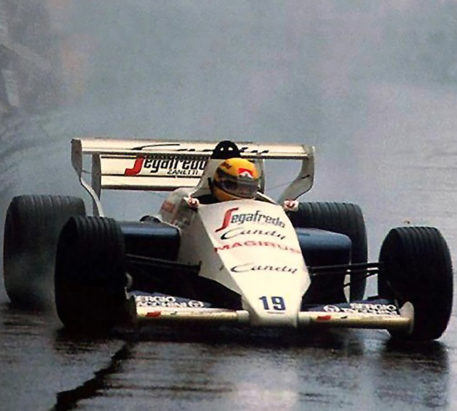 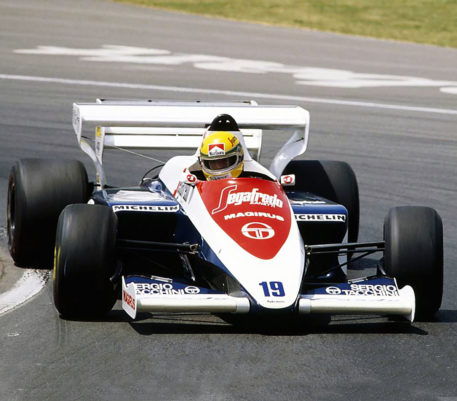 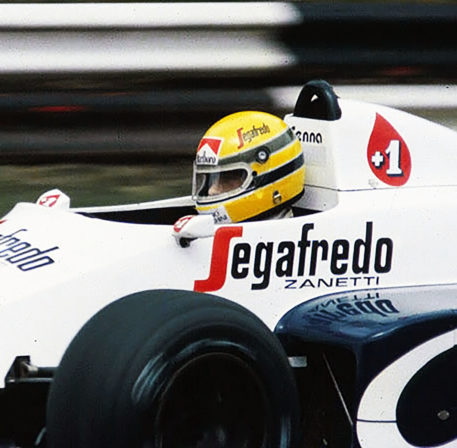 This fantastic Bell M1 helmet is an exact reproduction of the helmet that Sid Mosca* would have painted for Ayrton Senna during his first season in Formula 1 in 1984. Senna at the time tested and was courted by many top Formula 1 teams including Williams, McLaren, Brabham, and Lotus. But due to the aforementioned teams sponsor contractual difficulties, Senna could not agree terms and opted to drive for joined a relatively new team of Toleman Motorsports. Most of us know the story, Senna’s talent shined in an unreliable and uncompetitive machine. He scored top-ten finishes in the races he completed including standing on the podium three times, highlighted by an outstanding drive in torrential rain to finish second in the Monaco Grand Prix.

This fabulous helmet is an exact replica of one Senna would have worn in those races. It is decorated with Senna’s iconic design, with the yellow base color overlaid with green and blue bands, representing the Brazilian national colors, a design he wore throughout his brilliant career. It bears the team’s sponsor’s Segafredo lettering on both sides of the top of the helmet and a Sergio Tacchini lettering and logo decal to its chin. There is a large Marlboro chevron decal to the top front. Around the helmet, eye-port is foam seal tape and the interior is in black, both exactly as Senna had for all of his early F1 helmets.

The helmet will be accompanied with a full Certificate of Authenticity.

*Sid Mosca a native of Sao Paulo, Brazil was a famous helmet painter that started painting F1 helmets in the 1960s having many top drivers as his clients including all top Brazilian stars such as Emerson Fittipaldi, Nelson Piquet, Ayrton Senna, Felipe Massa, and Bruno Senna also he did work for Mika Hakkinen and Michael Schumacher. Mosca always marked his designs with the signature ‘Painted by Sid – Brasil’ on the helmets.