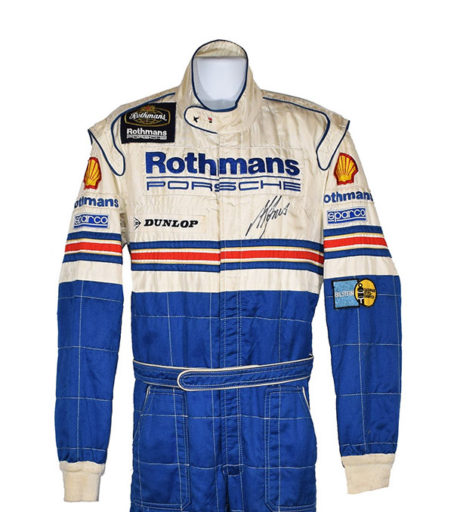 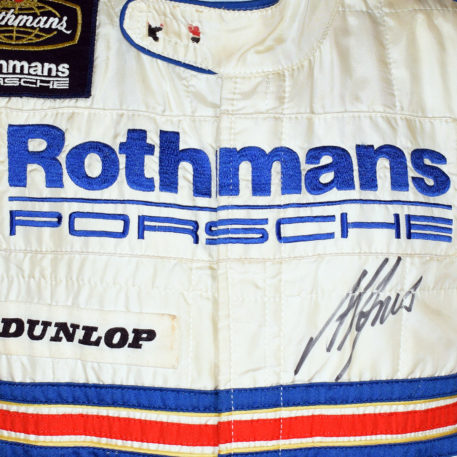 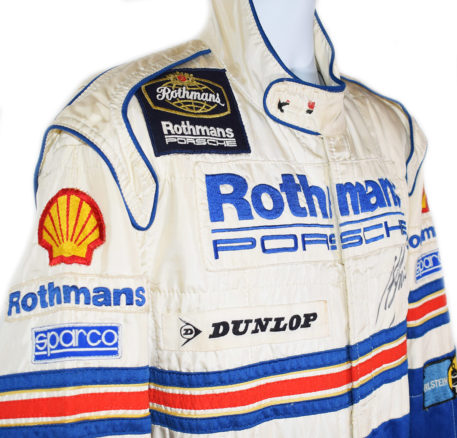 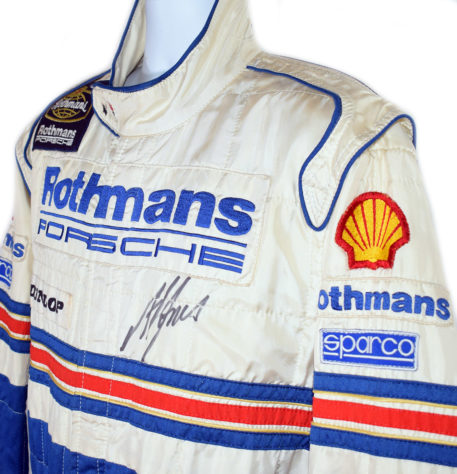 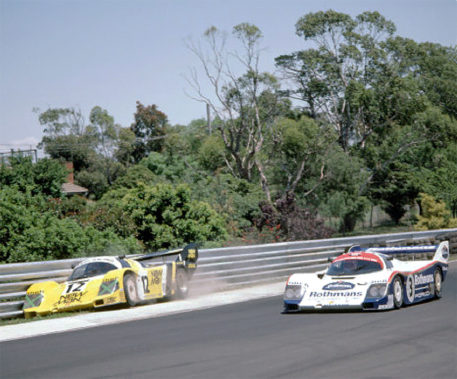 Race suit worn by former Formula 1 World Champion Alan Jones, during his one and only drive for the factory Rothmans Porsche Endurance Team. It was used in the 1984 Sandown 1000 at the Sandown Raceway in Victoria, Australia. It was the eleventh and final round of the 1984 FIA World Endurance Championship and was the very first FIA World Championship race to be held in Australia. It was to be the first of a three-year contract to hold a race at Sandown, however the final two years would be cancelled. Jones drove with Vern Schuppan. After Schuppan qualified the Porsche 956B 3rd behind teammates Stefan Bellof and Jochen Mass, Jones started the race and got the jump on the West German pair and had the honour of being an Australian leading the first lap of the first FIA World Championship in Australia. Jones and Schuppan eventually finished 8th, ten laps down due to numerous punctures.

The Sparco suit has the iconic Rothmans Racing colours the three-quarter blue with white top has the blue, red and gold bands running around the midriff and arms. It has the Rothmans Porsche lettering to the chest and back. It has supplier patches of Shell on both arms, Bilstein to the right arm and Dunlop to the left chest. Alan Jones has personally signed the suit and it comes with a full Certificate of Authenticity.