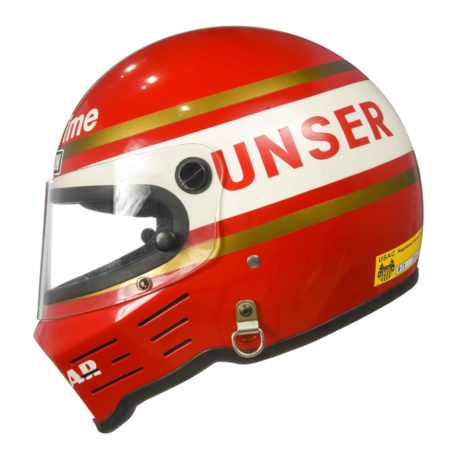 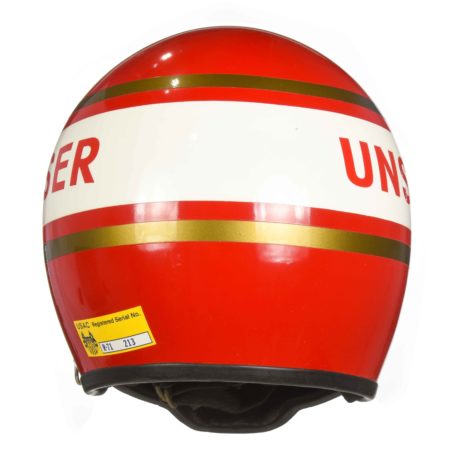 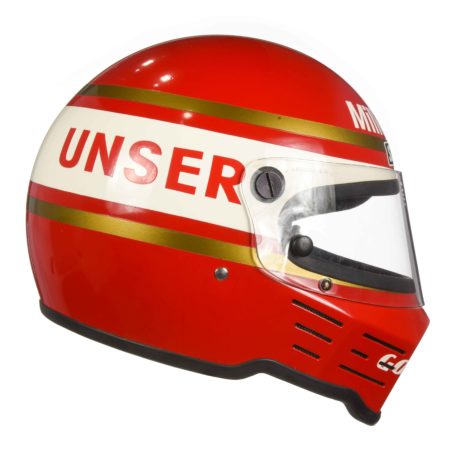 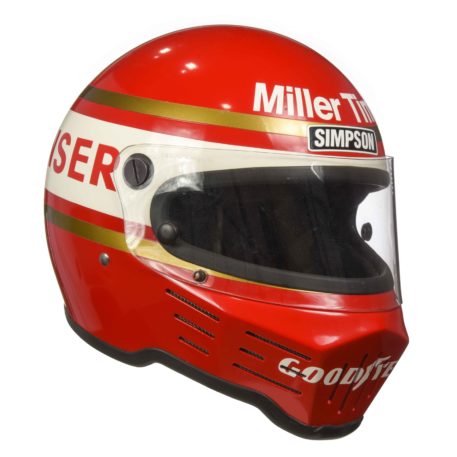 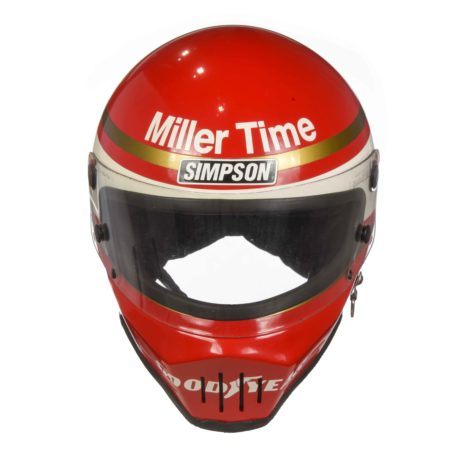 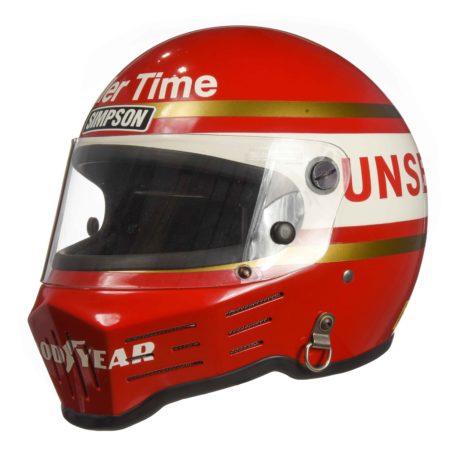 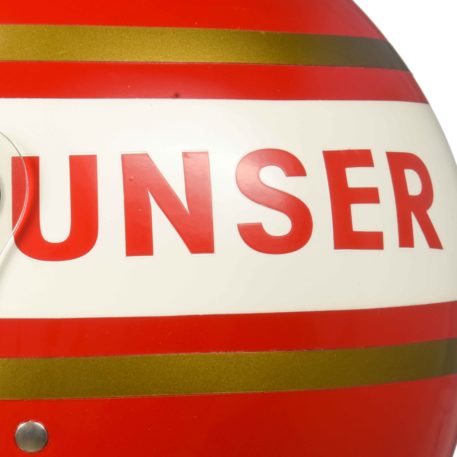 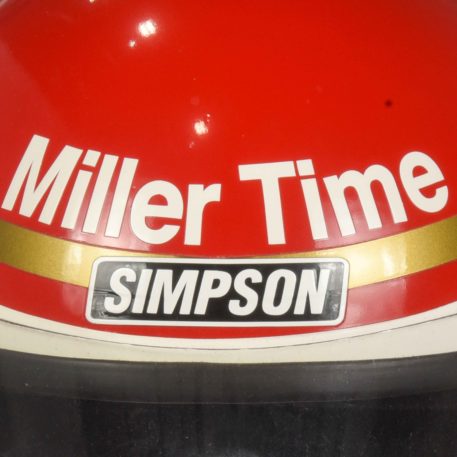 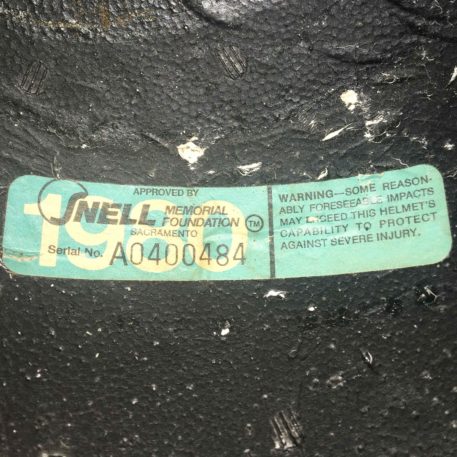 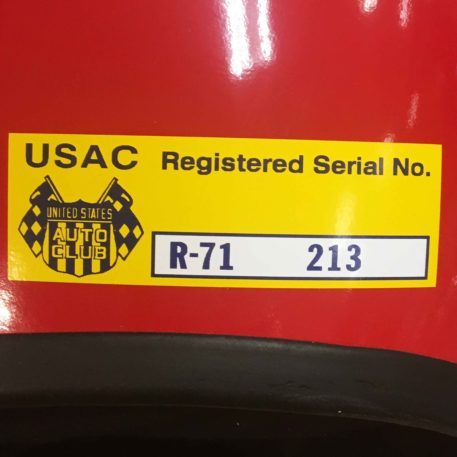 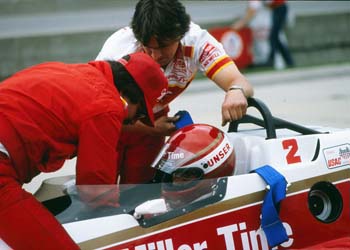 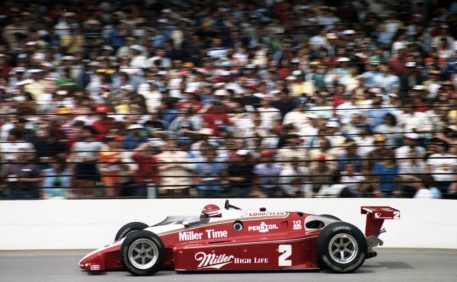 Hand painted Simpson replica of Al Unser’s 1984 Indy 500 helmet. This helmet is an original period Simpson helmet with the correct snell sticker (SA 1980) and even has a replica USAC tech inspection sticker.

This is a great affordable opportunity to add his helmet to your collection today.

This helmet comes with a Hall of Fame Collection Certificate of Authenticity.