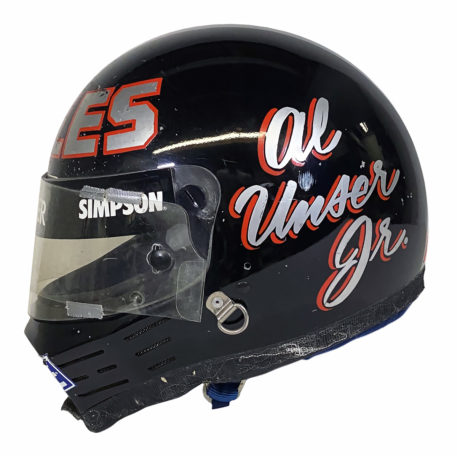 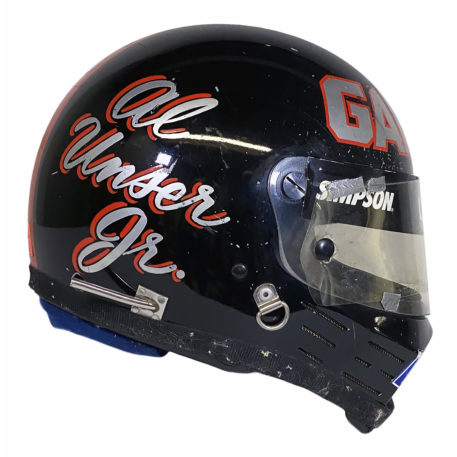 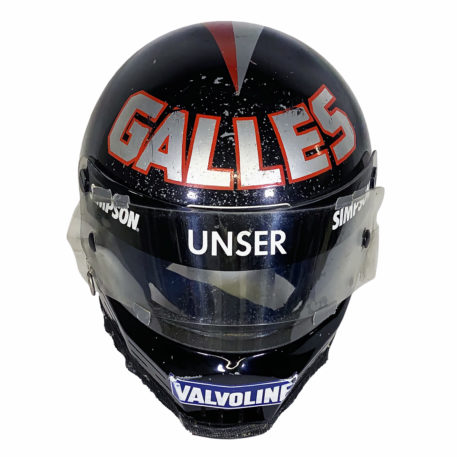 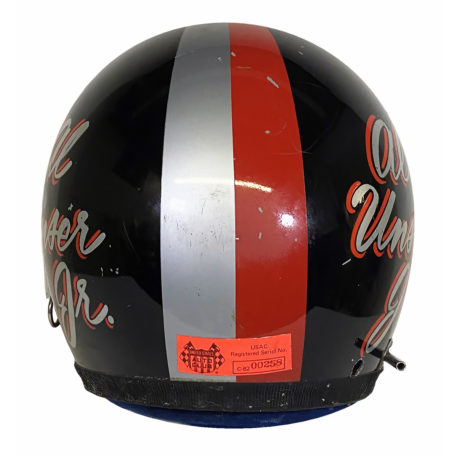 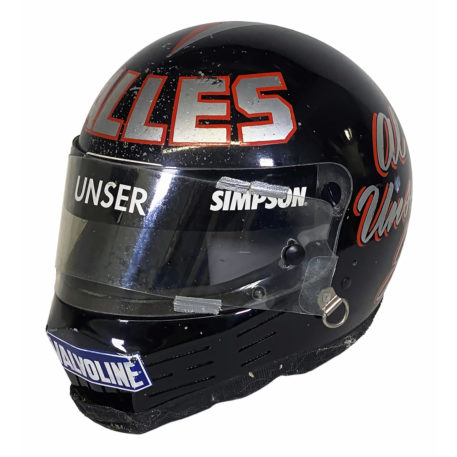 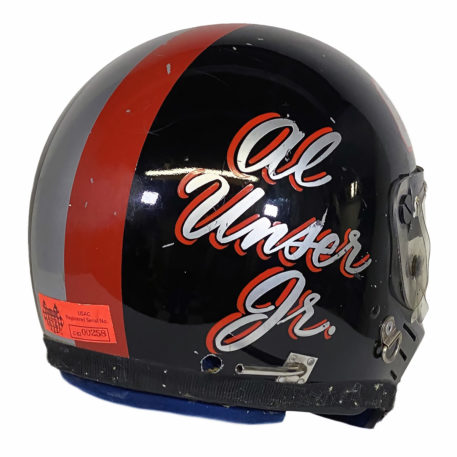 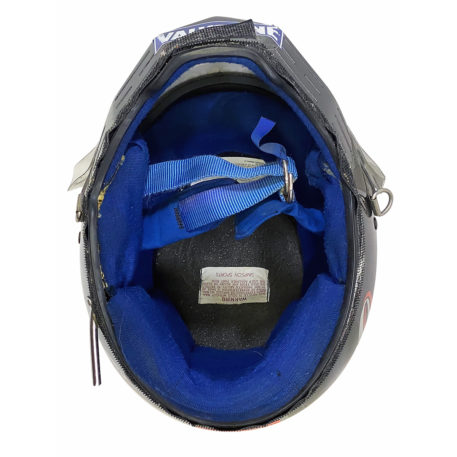 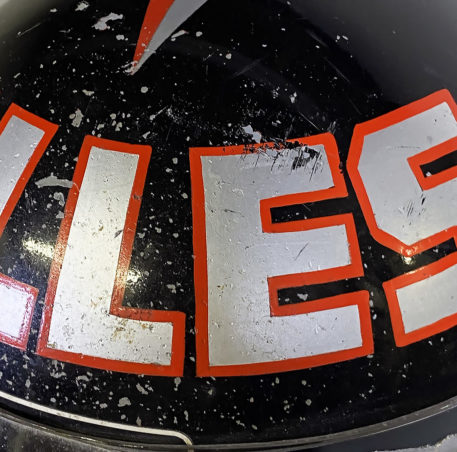 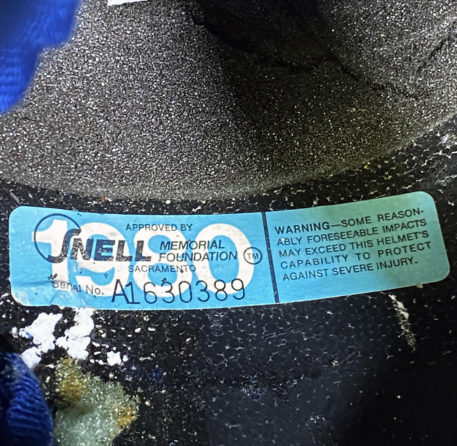 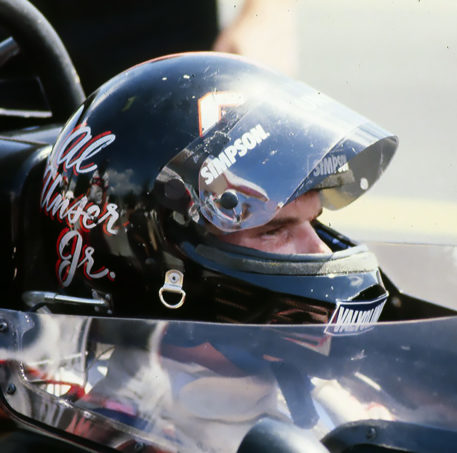 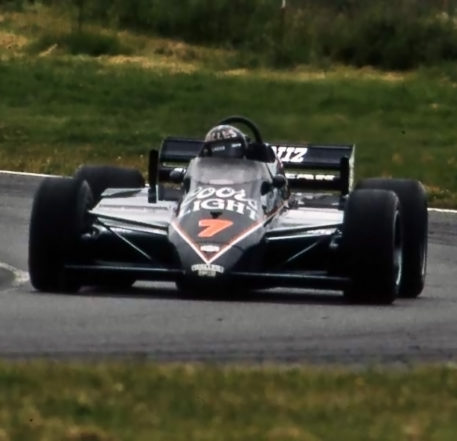 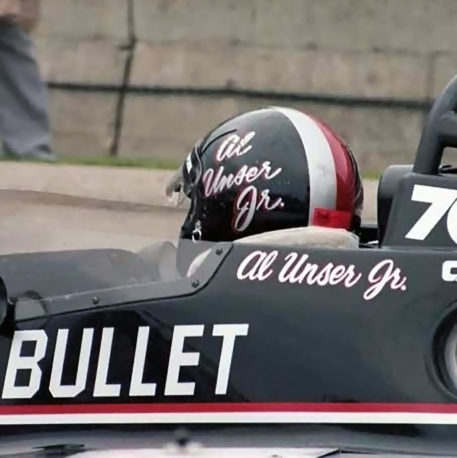 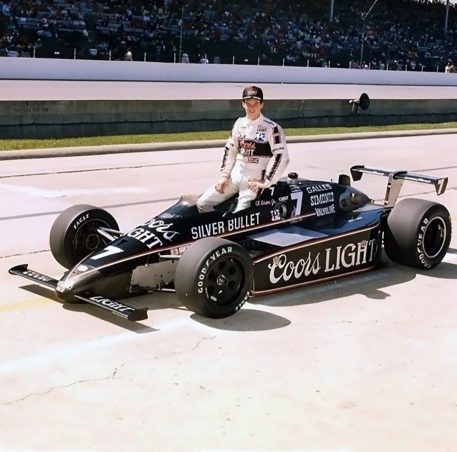 This Simpson ‘Bandit’ style helmet was race used by two-time IndyCar Champion and two-time Indy 500 winner Al Unser Jr. The American driver used the helmet early in his IndyCar career while driving for the Galles Racing Team in 1984. This helmet has been photo matched and extensively used during at most of the events that year including the Indianapolis 500.

Unser Jr.’s very first IndyCar win also came that year at the Stroh’s/G.I. Joe’s 200 at the Portland International Raceway. Unser Jr. is the son of Al Unser and the nephew of Bobby Unser, both IndyCar Champions and Indianapolis 500 winners themselves. The Unser family is the most successful racing family in the history of motorsport and between them have won the Indy 500 a record nine times and IndyCar Championship five times.

The black helmet shows all the scars of a season’s long racing with many stone chips and scratches to its surface. It has Unser Jr.’s name in silver, shadowed in red on both sides. On the top front is the team ‘Galles’ name again in silver but edged in red. There is a half red/silver strip that runs from the back over the crown that narrows to a point. It also wears a Valvoline decal to its chin. The visor sun strip has Unser Jr.’s name and Simpson lettering, it also has tear-off still attached and taped to the visor. It also has the Velcro neck protector tape around is bottom edge and is exactly as Unser Jr. would have used it last.

This is a great opportunity to acquire is fantastic helmet from a member of the legendary Unser racing family and one of the top IndyCar drivers of the 80s/90s era. Unser Jr. also sits 9th on the all time wins list with 34 career IndyCar wins.

This helmet will be signed mid August on the run up to the Indy 500. The buyer can also have it signed to them if requested.