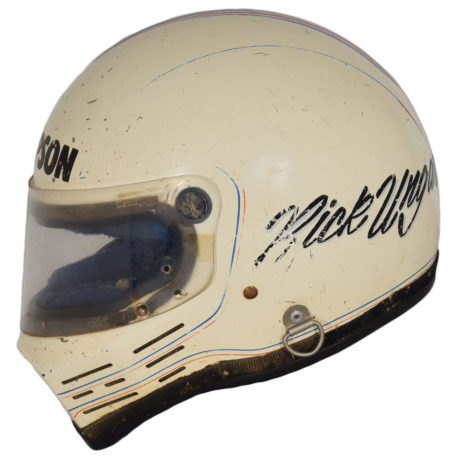 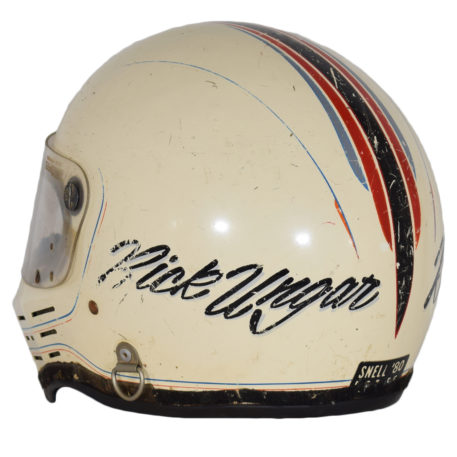 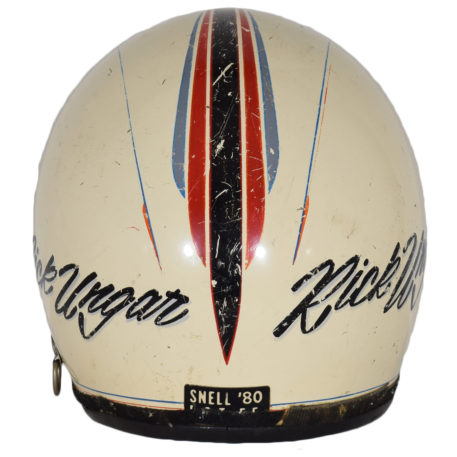 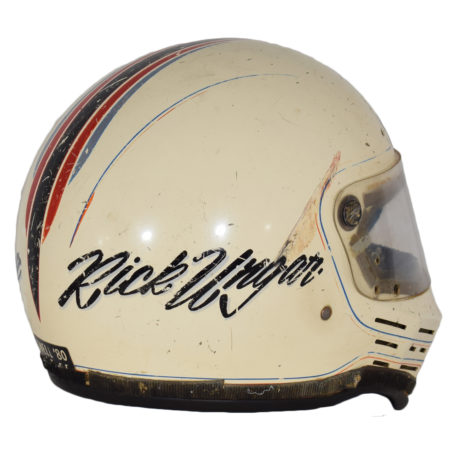 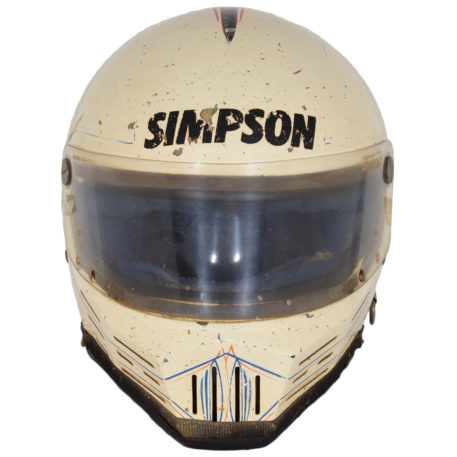 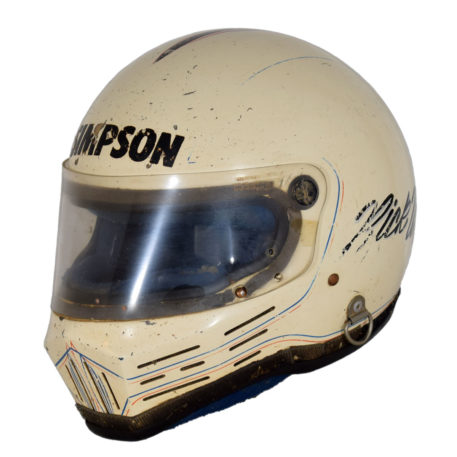 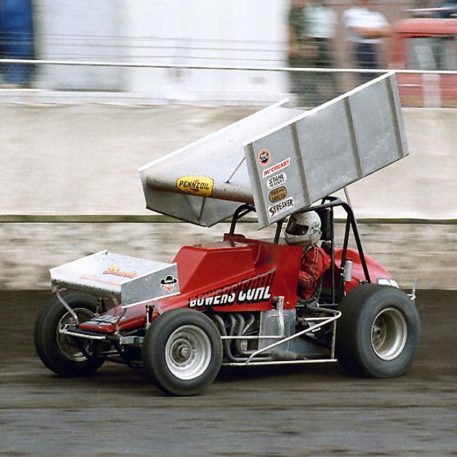 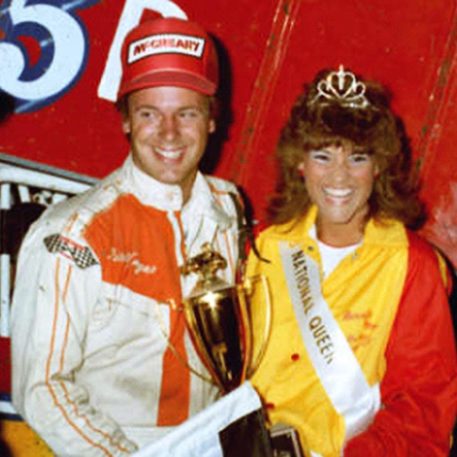 Simpson helmet used by Sprint Car driver Rick Unger during the 1980’s. Unger’s career spanned fifteen years with many wins and podiums. He is noted for being the first driver to win a sanctioned USAC Sprint Car race where the cars employed downforce wings.

This Simpson Bandit helmet shows the scars of battle and is from the 83/84 season and can be seen (photo matched) being used at the 1983 Knoxville Nationals in the accompanying pictures. The helmet is in solid white and has Unger’s name in black on both sides. On the top of the helmet there’s an ‘art deco’ style graphic running down to the rear of the helmet. There’s a fine blue/red pinstripe on either side of the design that runs around the eye port, bottom and chin. Some of the pinstriping has worn away in certain areas. The helmet’s manufacturer ‘Simpson’ lettering is featured prominently on the front top.

This helmet was a part of the Ron Burton Collection and comes with a Certificate Of Authenticity.