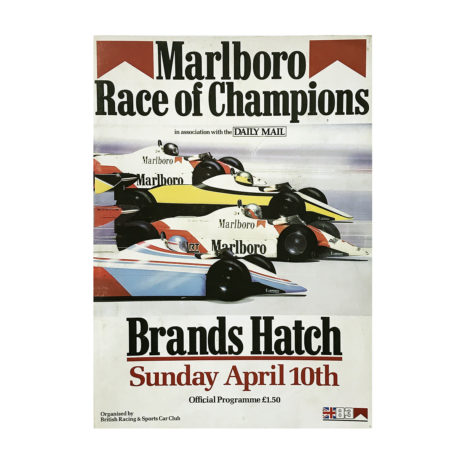 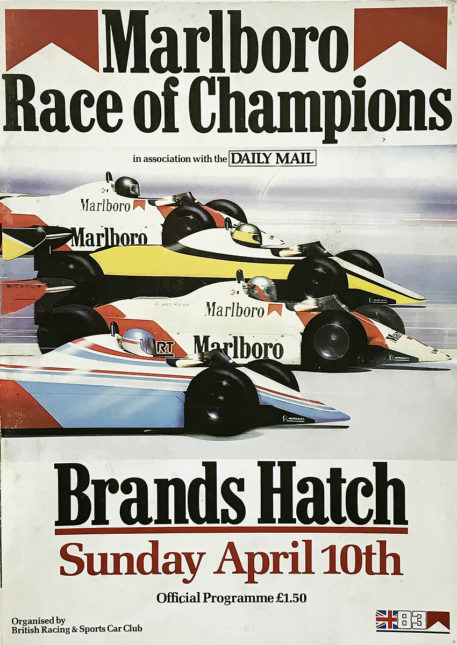 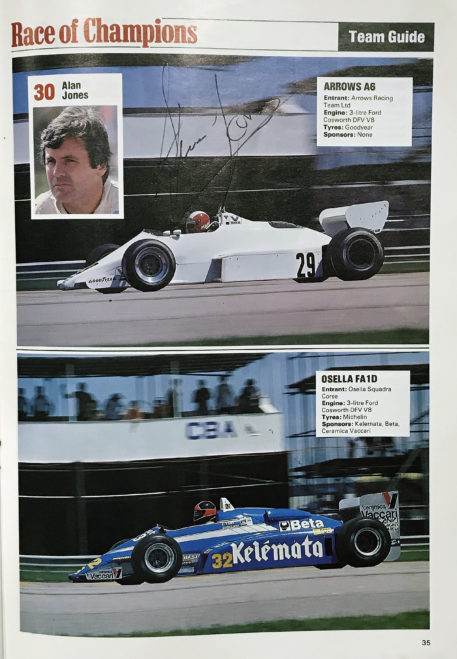 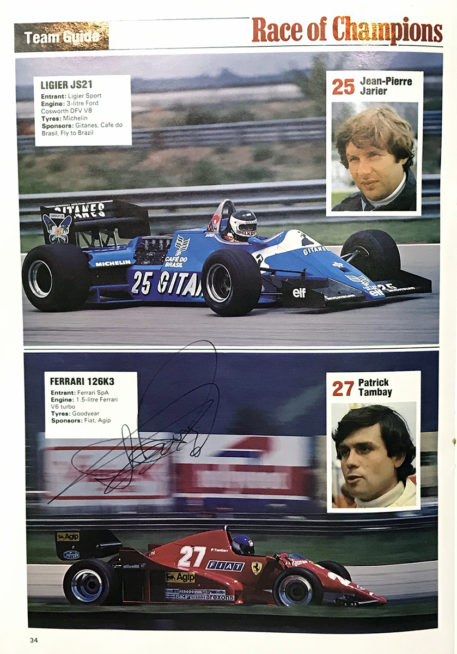 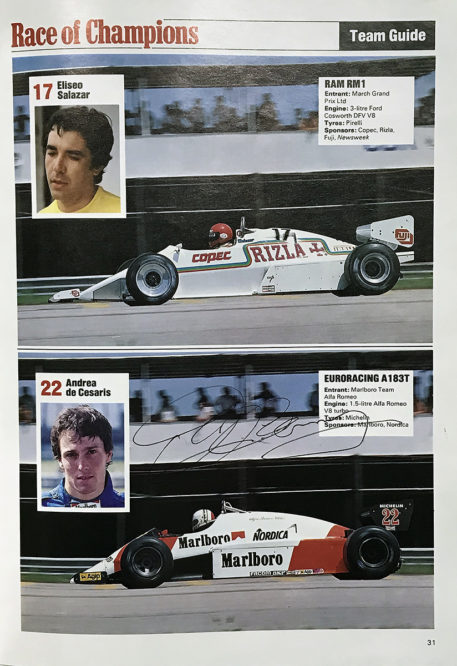 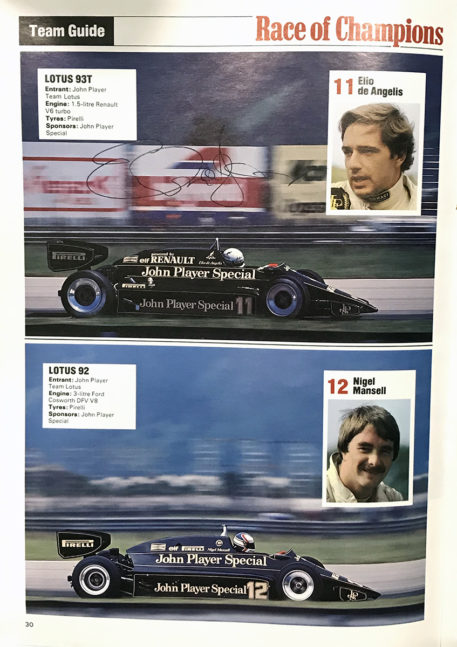 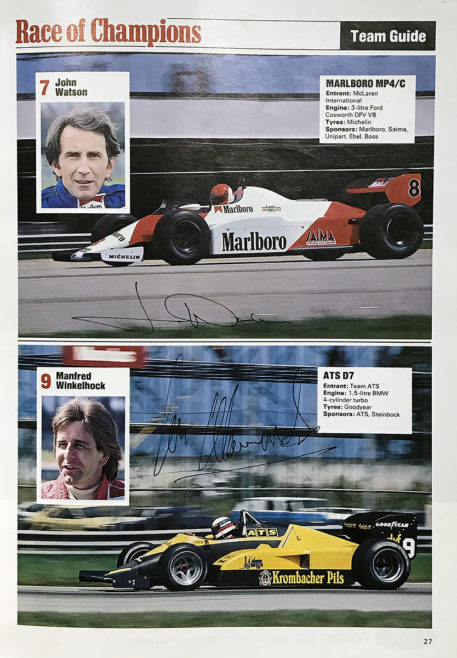 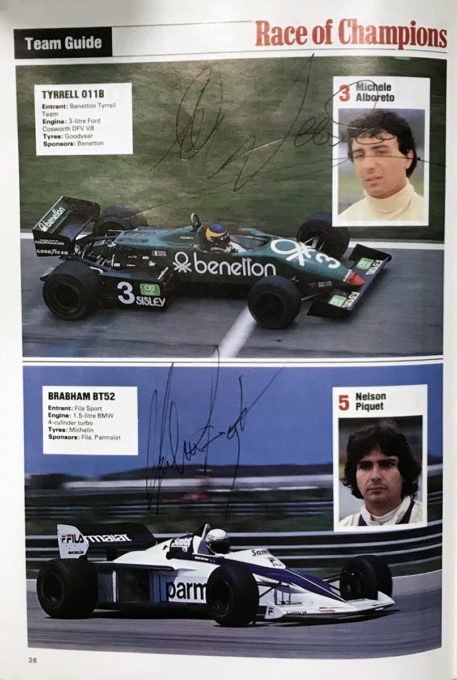 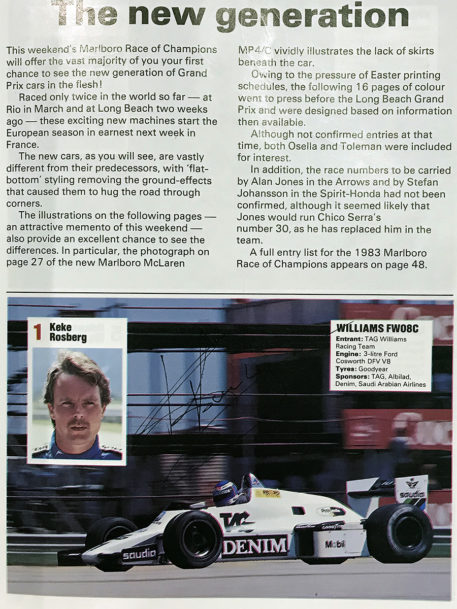 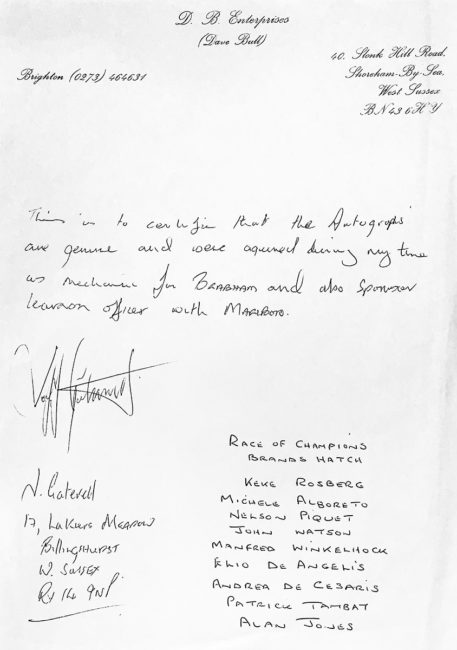 An official multi-signed program from the 1983 Race of Champions, a non-championship Formula 1 event held at the Brands Hatch circuit in West Kingsdown, Kent, England on  April 10, 1983. The race was contested over 40 laps and was the final non-championship F1 race to be held in the sport’s history. Reigning World Champion Keke Rosberg won in a Williams-Ford, narrowly beating the Tyrrell-Ford of F1 rookie Danny Sullivan, while 1980 World Champion Alan Jones was third in an Arrows-Ford.

This program contains the signatures of nine of the drivers that were entered for the race. They signed on their individual team pen pictures. The drivers who signed the program include three former World Champions and are as follows:

The program includes a letter from the gentleman who obtained the autographs. He was at the time of the race a mechanic for Brabham Racing, and also a liaison officer for Marlboro.

The Program also comes with a full Certificate Of Authenticity.