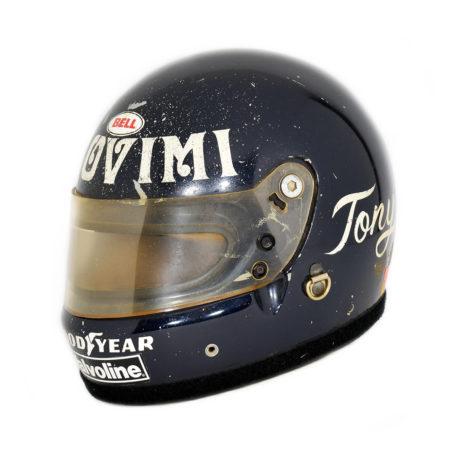 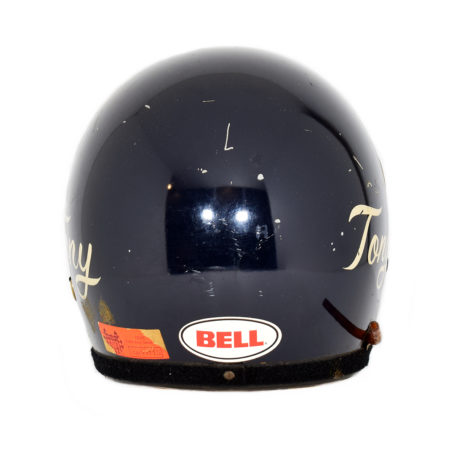 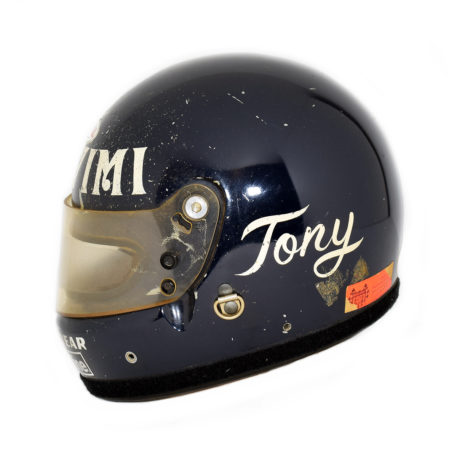 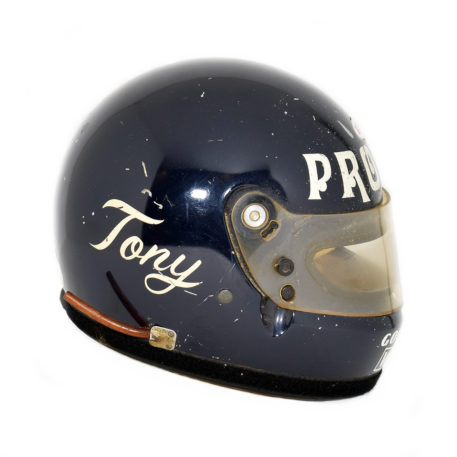 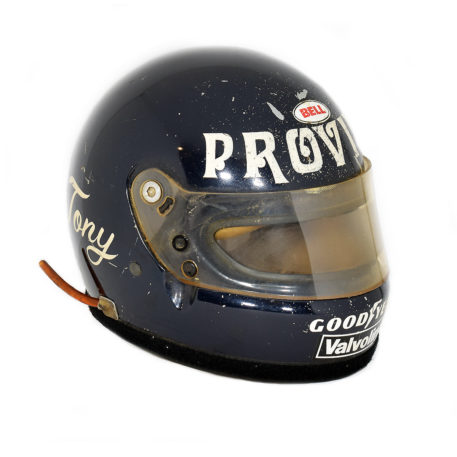 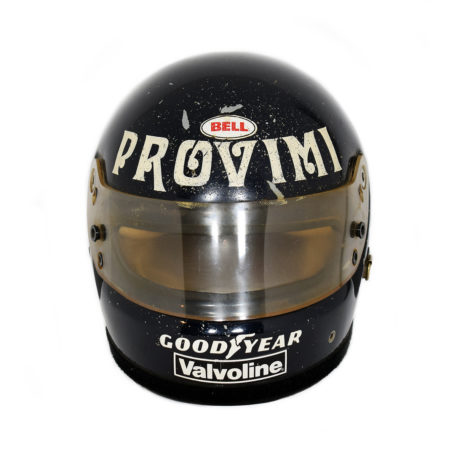 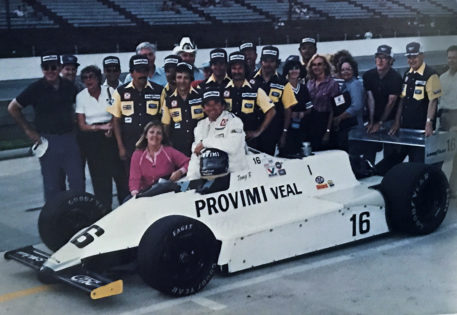 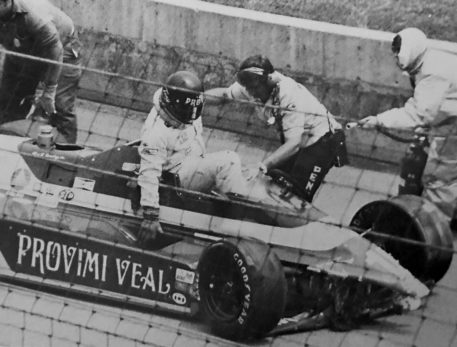 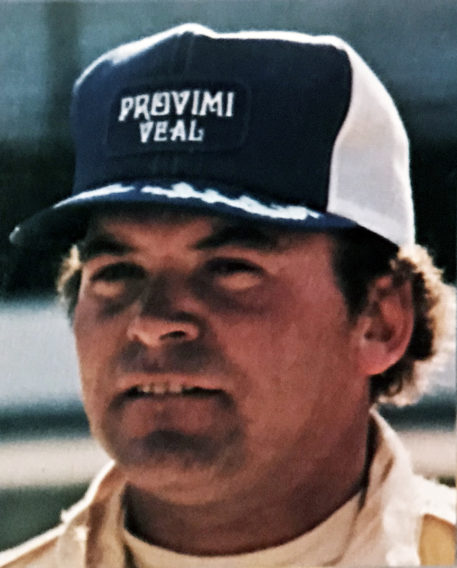 Tony Bettenhausen Jr. was a CART IndyCar team owner and driver. He was the son of Indy Car driver Tony Bettenhausen and the brother of racers Gary Bettenhausen and Merle Bettenhausen The family holds the dubious distinction of the most combined starts in the famous race without a victory. Another brother was maimed in his only Indy Car start. As a driver, he started 33 NASCAR Winston Cup Series events. He then spent 24 years as an IndyCar driver/owner, after he retired from active racing but he continued as team owner up until his untimely death in a plane crash in 2000.

This Bell helmet was used by Bettenhausen Jr. during the 1982 IndyCar season while driving for the Wayne Hillis Racing Team and has been photo-matched to being used at the Indy 500 where he had an accident due to mechanical failure. It is painted in a solid dark blue color; it has major team sponsor Provimi lettering prominent to the top front of the helmet. It also has Goodyear and Valvoline decals to the chin. Bettenhausen Jr’s name is to either side and it still retains its original pop-off valve fitting and pipe and USAC tech sticker.