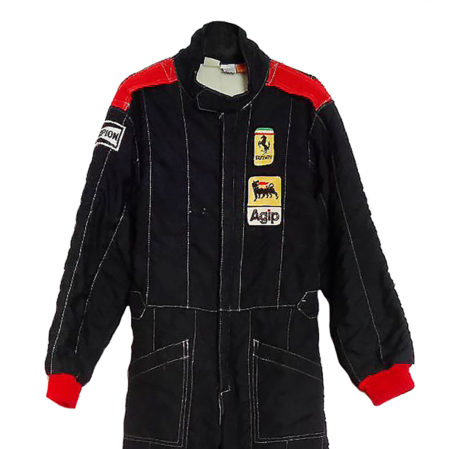 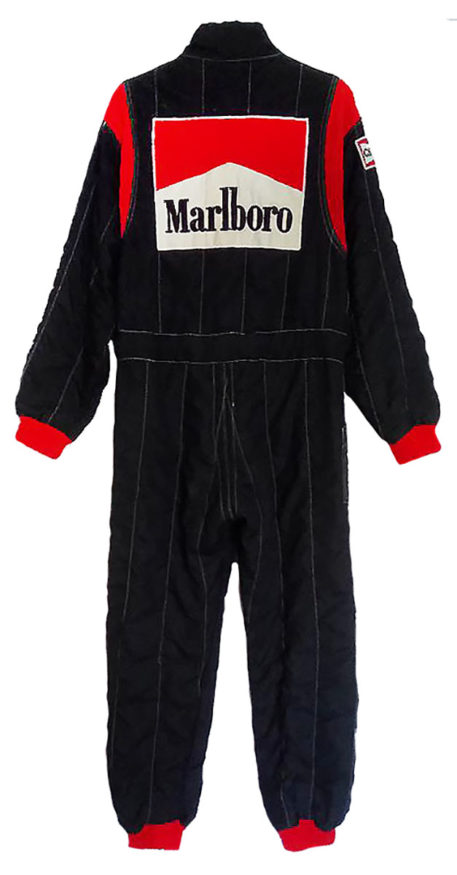 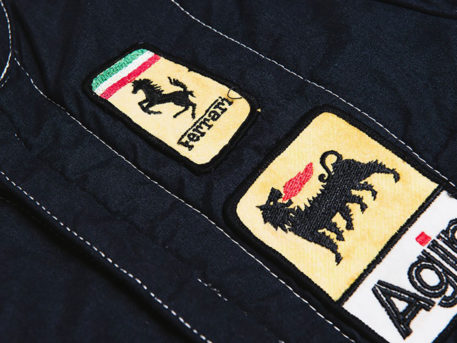 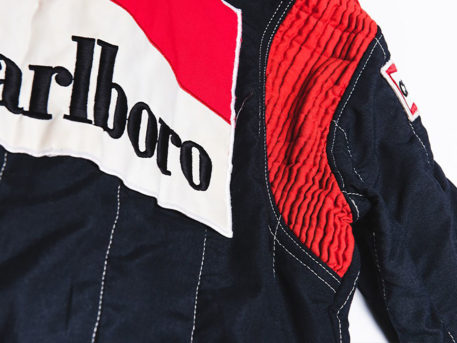 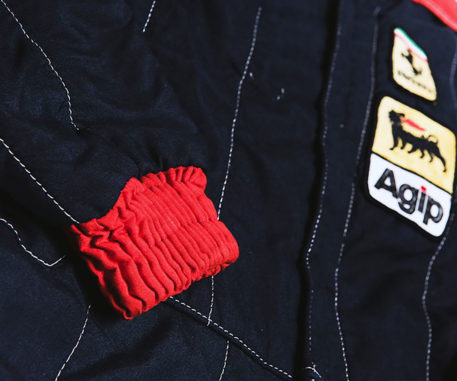 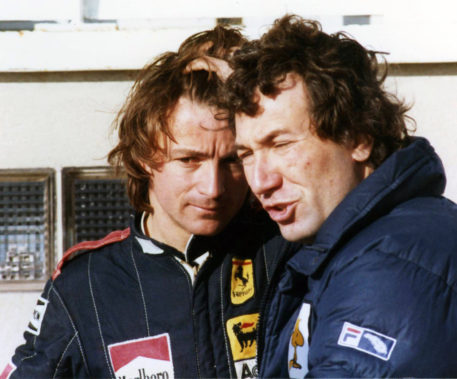 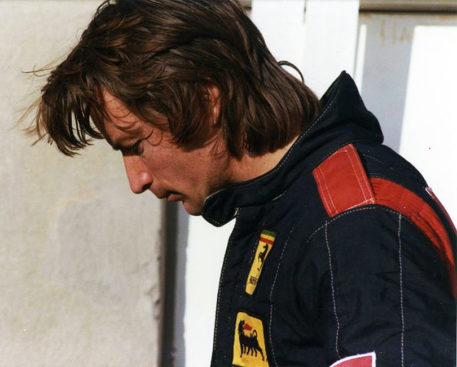 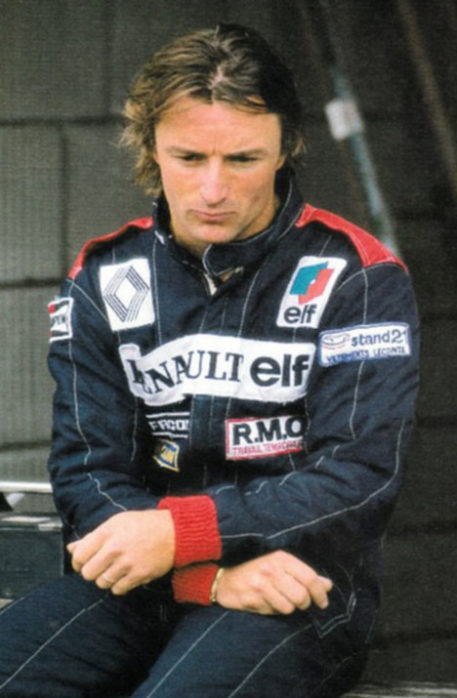 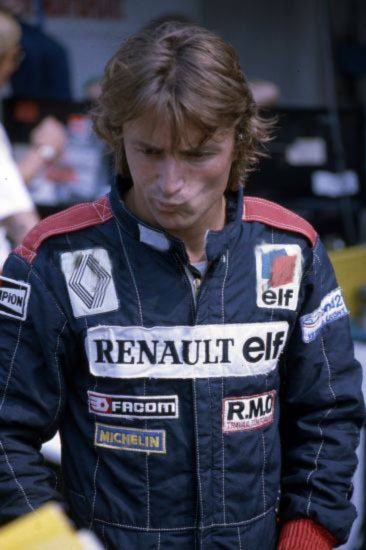 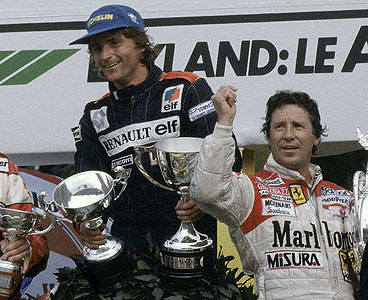 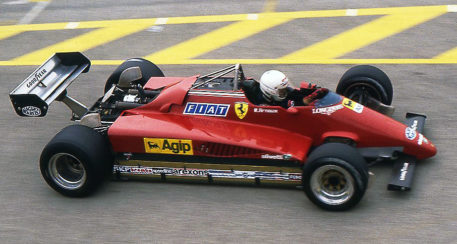 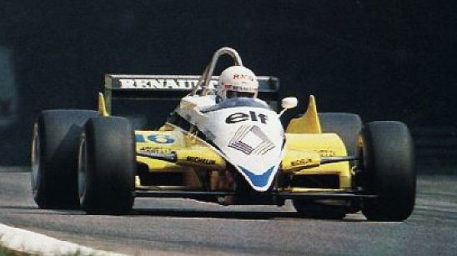 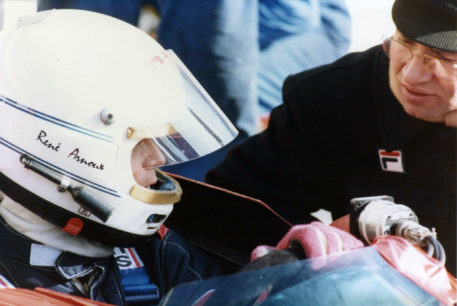 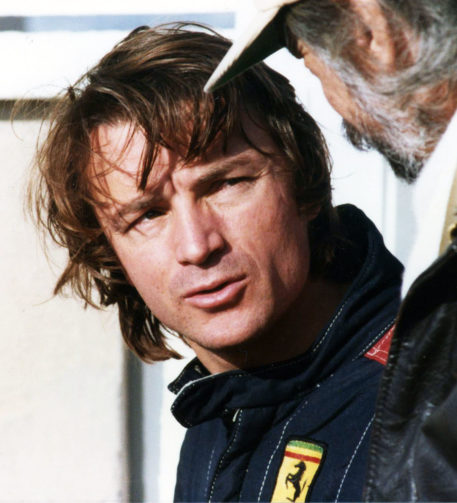 Suit worn by René Arnoux during the last few races of the 1982 season while he was driving for the Equipe Renault Elf team. This is also the suit Arnoux wore for his 1982 Italian Grand Prix win at Monza as the stitching on the suit has been photo-matched to the corresponding sponsor patch marks where they were removed.

The suit comes as is and was last used while having his first testing session for Ferrari driving a 126C2 in October 1982. Obviously by then all Renault patches had been removed and the Ferrari/Marlboro patches were added (some of the Marlboro ones were later removed).

This is a great Stand 21 Racing Products suit and is an item that has great historical F1 significance and would be a perfect item to add to your collection.

This suit comes with a full Certificate Of Authenticity.