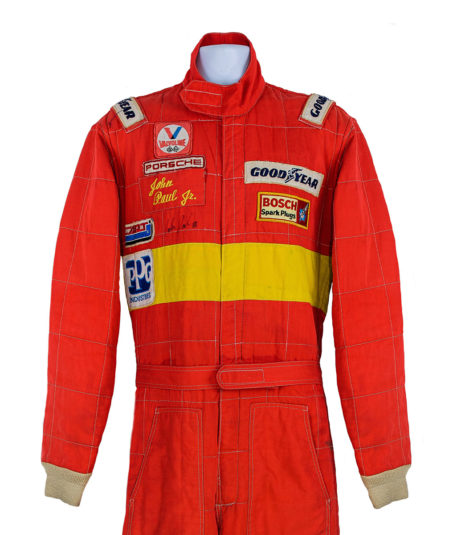 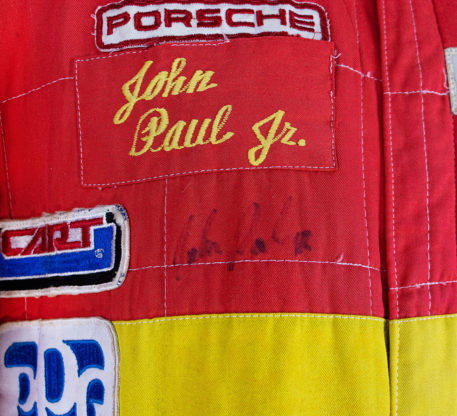 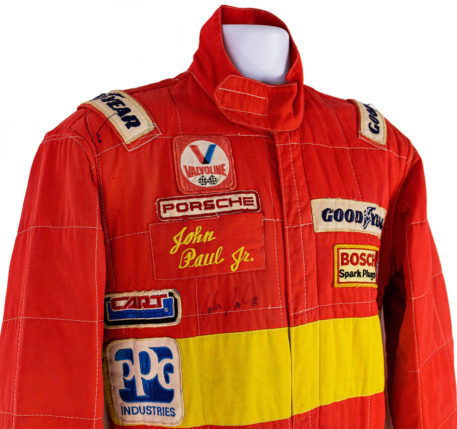 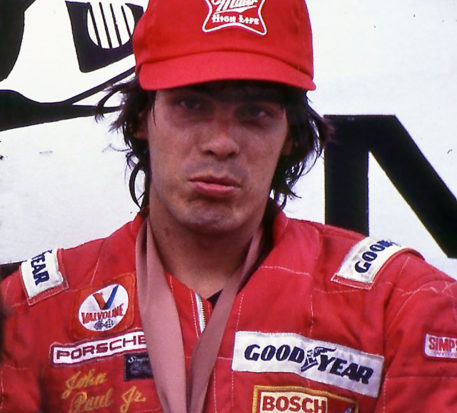 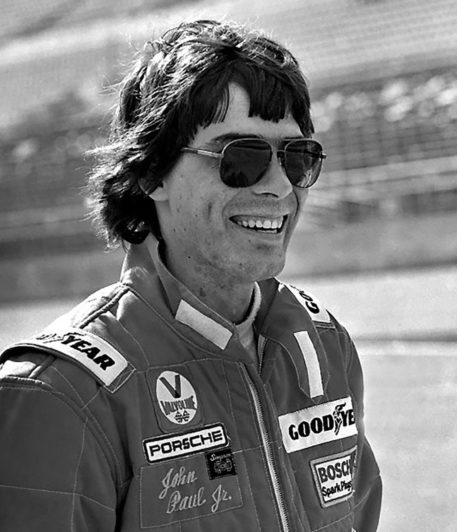 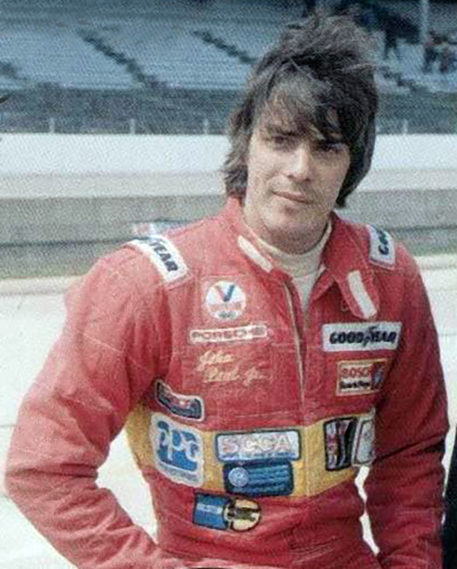 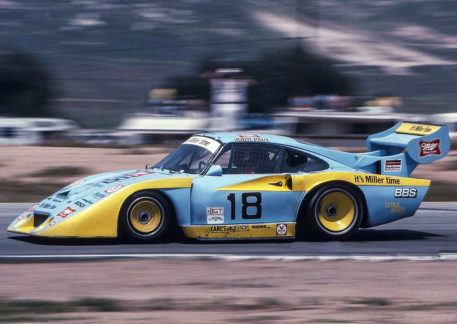 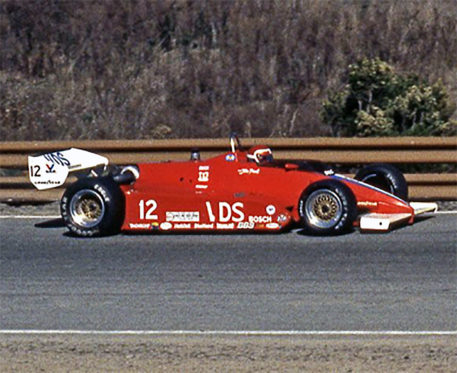 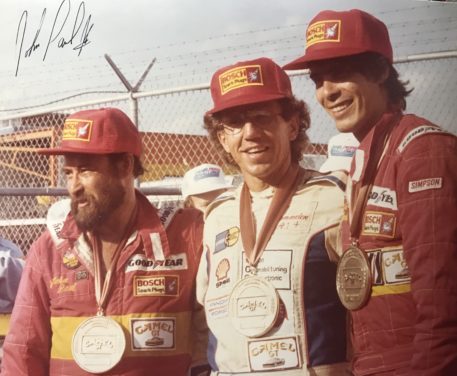 This suit was used many times throughout the 1982 racing season by American driver John Paul Jr.. Paul Jr achieved great success in sports car racing. He was the IMSA GT champion in 1982, winning both the classic North American endurance races; The Daytona 24 Hours and Sebring 12 Hours. He was also a Daytona 24hr winner one more time in 1997. He came just one step from winning the Triple Crown of endurance racing, finishing second overall at Le Mans 24 Hours in 1984. Besides his success in sports car racing, John Paul Jr. was also active in the open-wheel racing, scoring two wins in CART / IndyCar races. He also recorded three starts in the NASCAR Cup Series.

This well worn Simpson suit has been photo-matched as being used by John Paul Jr., during his stints in both endurance Sportscar and IndyCar racing throughout 1982. It was worn during his 1982 Sebring win where he was driving the Porsche 935 teaming up with his father John Paul Sr. and German driver Rolf Stommelen. The suit may also be one used during the 24 Hours of Daytona victory as photos on the podium show his Dad in the same suit design. Drivers often swapped suits during the 24 hours.

Paul Jr., had more sports car wins during the year at Road Atlanta, Laguna Seca, the Charlotte 500 on his way to the IMSA Championship. It was also used in Paul Jr’s. only race in the CART IndyCar that season at Road America driving a Miller Beer sponsored machine.

The red suit has thick yellow bands running around the middle of the torso and to both lower legs. It has John Paul Jr’s. name patch to the right chest and its PPG CART patches still in place. However it also still retains its Porsche sportscar patch along with Goodyear, Valvoline and Bosche patches. Other patches the suit would have worn during various events have since been removed. The Suit has also been personally signed by John Paul Jr.

This fabulous rare suit holds incredible racing historic value and we are sure it will be a be the focal point for any collector or historic Porsche memorabilia.