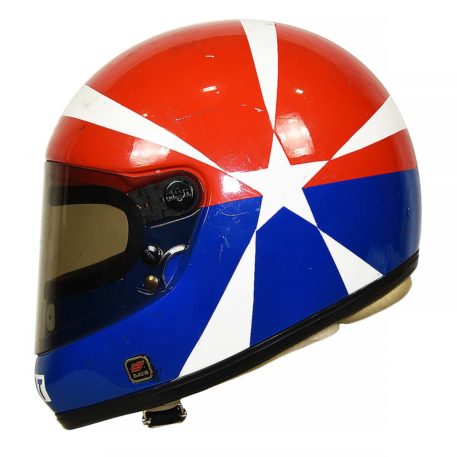 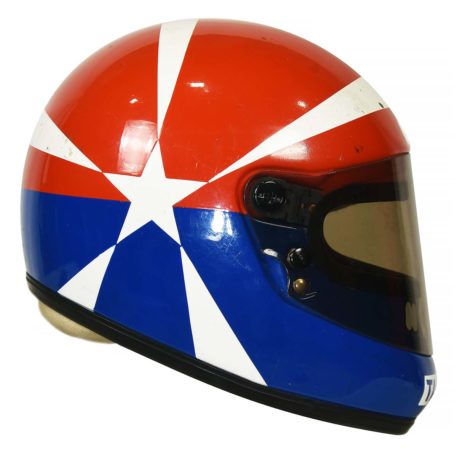 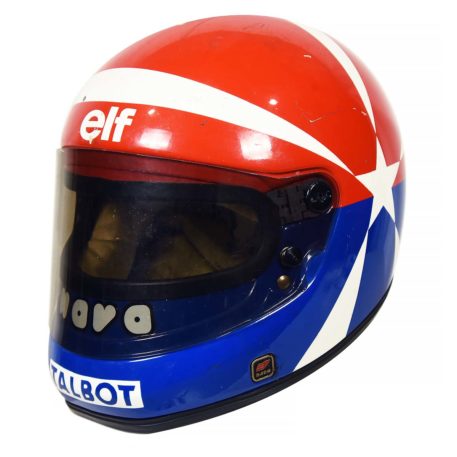 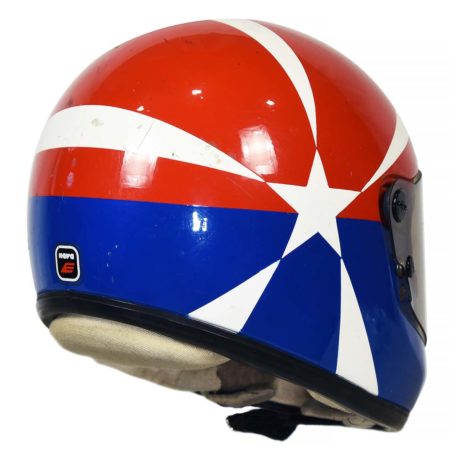 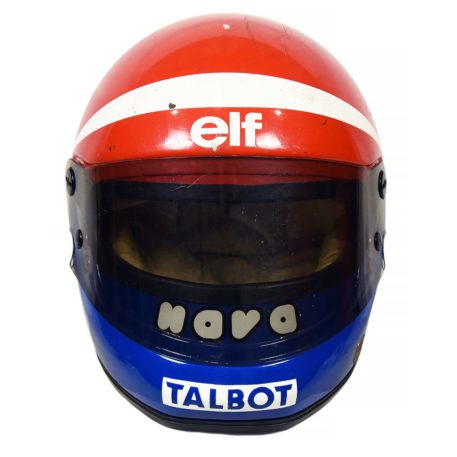 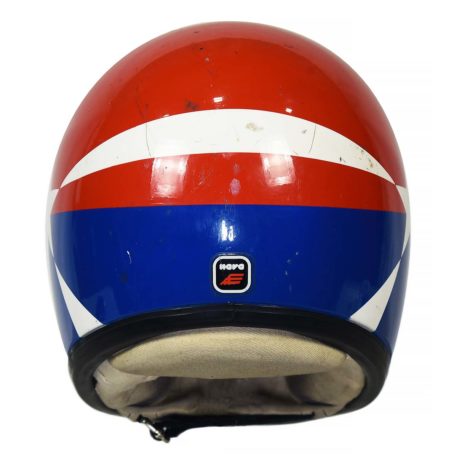 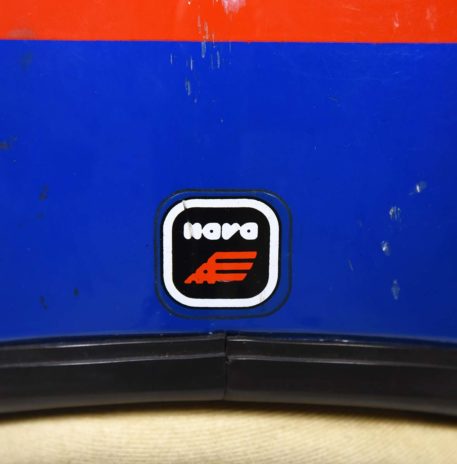 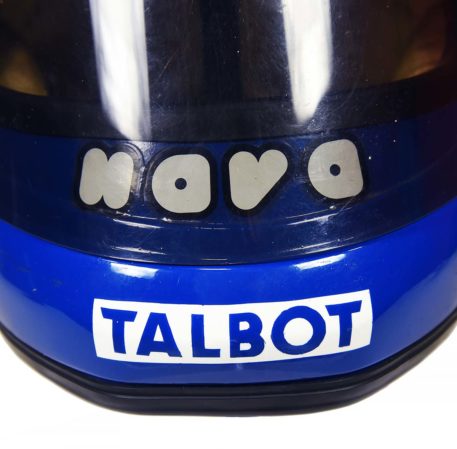 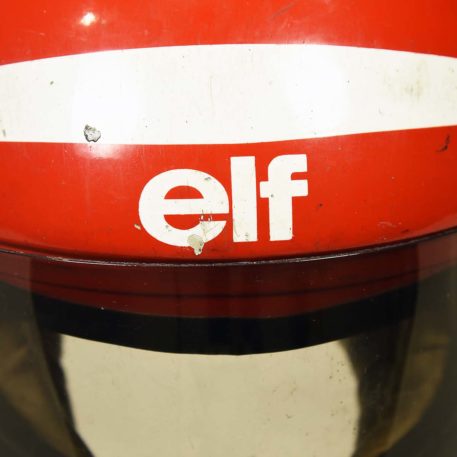 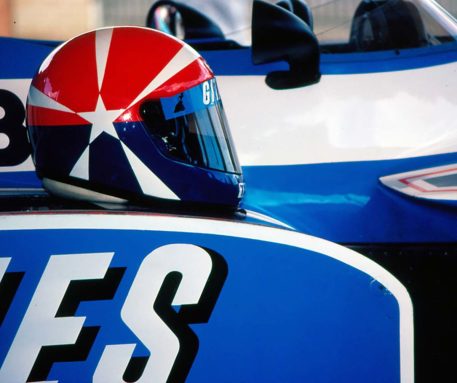 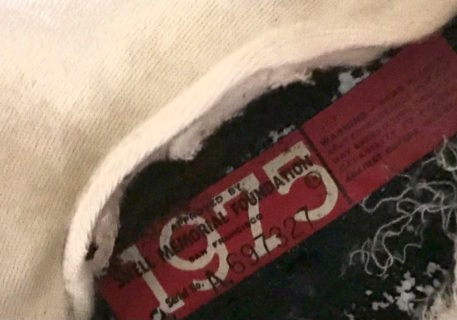 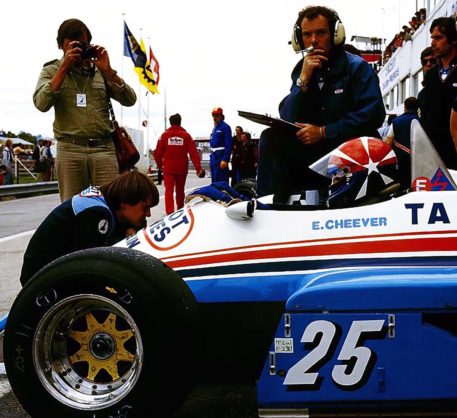 This very rare Nava helmet was used by American race driver Eddie Cheever, worn during the 1982 Formula 1 season where Cheever drove for the Equipe Talbot Gitanes team. Driving both the unreliable Ligier JS17 and JS19 machines during the season, Cheever would often outperform teammate Jacques Laffite. In the six races that Cheever managed to get the cars to finish during the season, he placed in the top ten in five and finished on the podium in three. The highlight was finishing second in his home US Grand Prix at the Detroit street circuit in Michigan.

The helmet bears Cheever’s iconic design which he used throughout his career. It has half red (top) and half blue (bottom) sections that have five white widening bands across the helmet that end on either side with a white star. It has the Team Talbot decal on the chin and elf lettering on the top front.