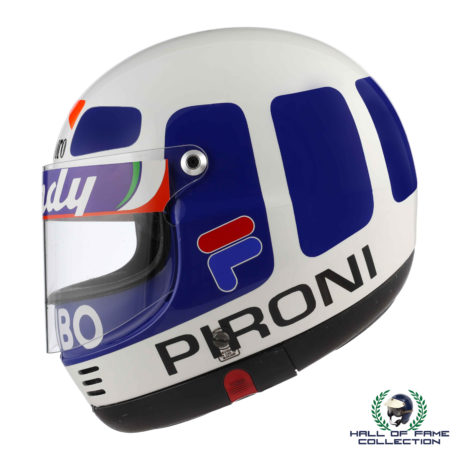 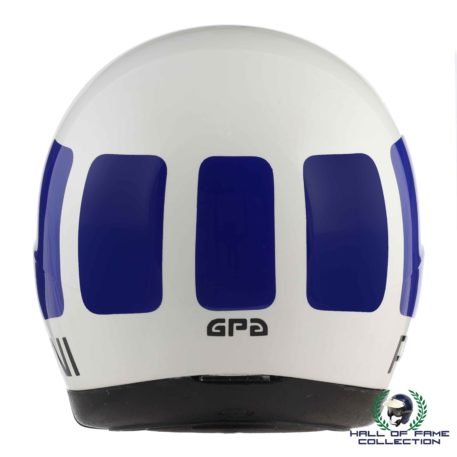 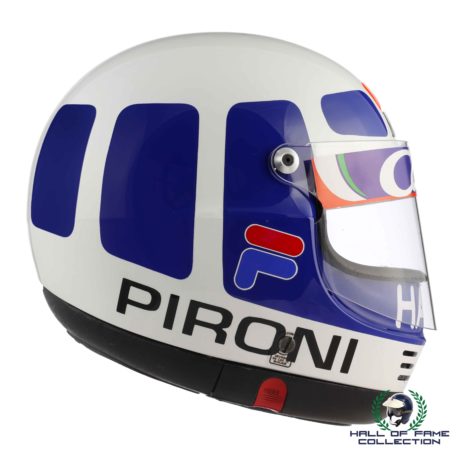 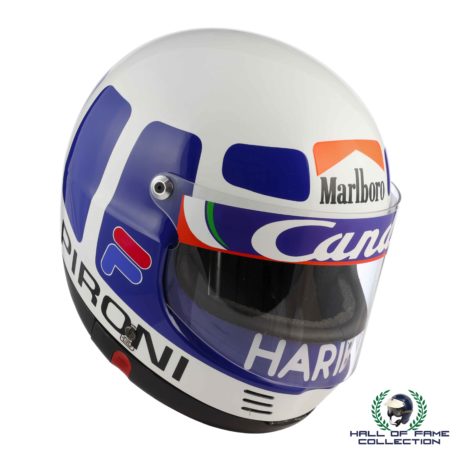 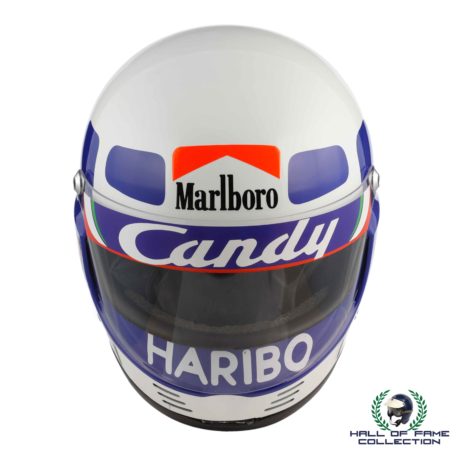 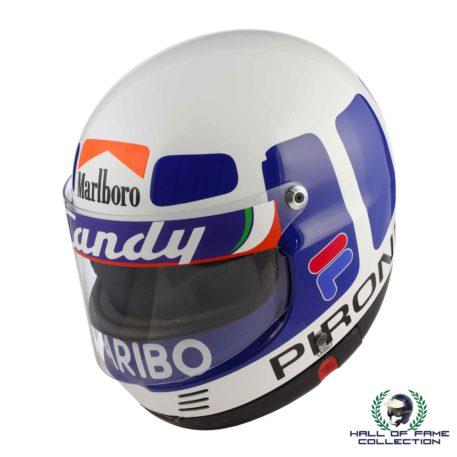 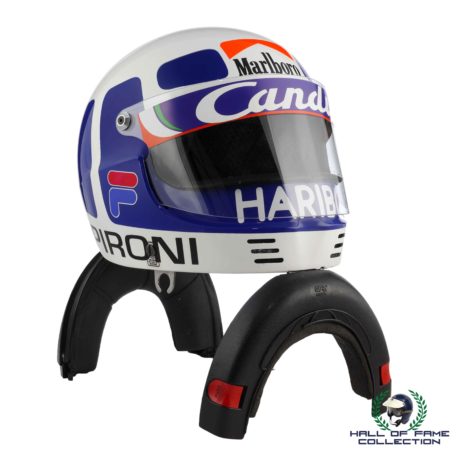 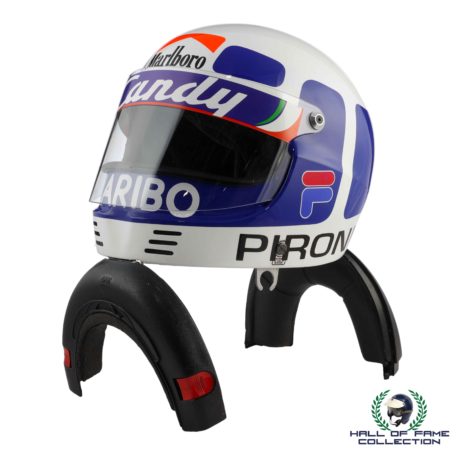 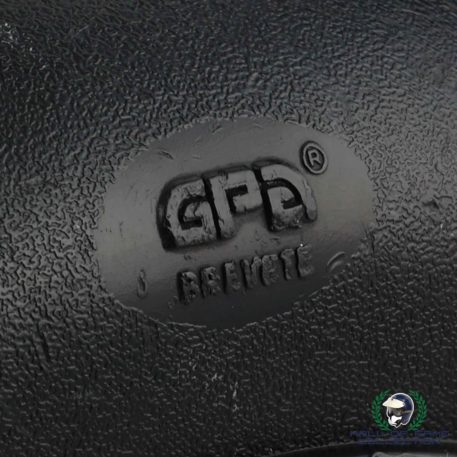 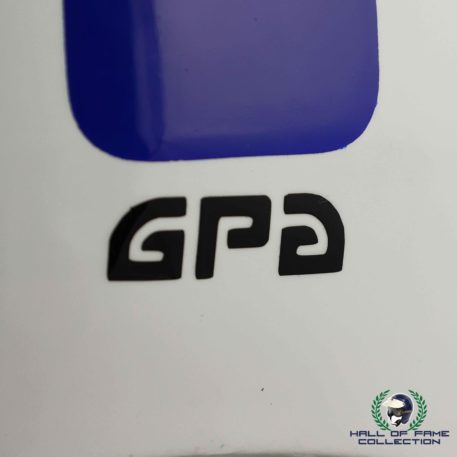 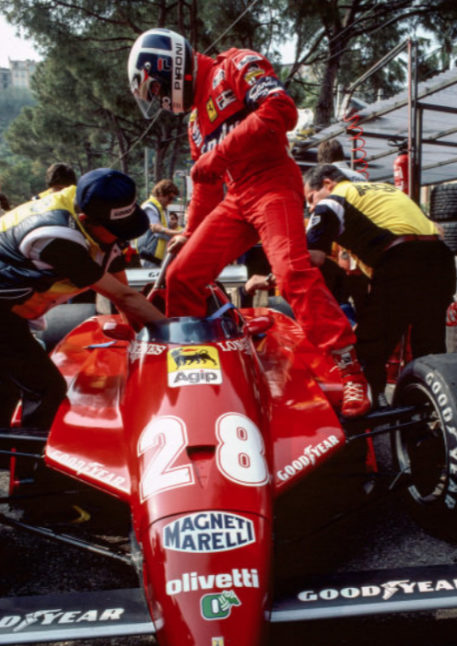 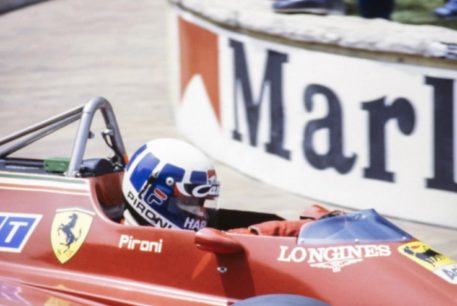 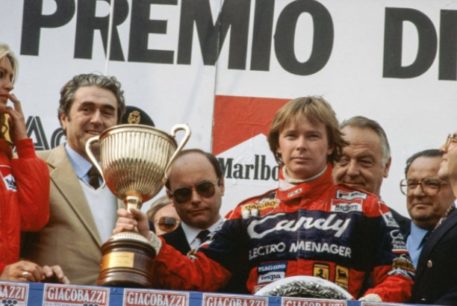 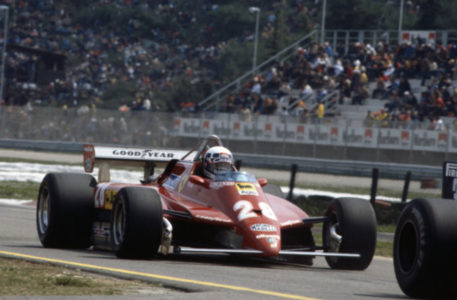 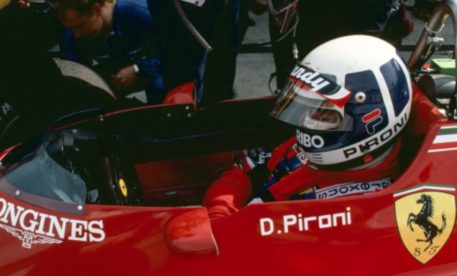 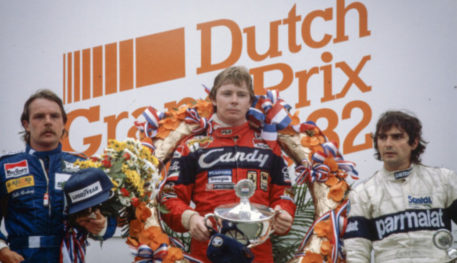 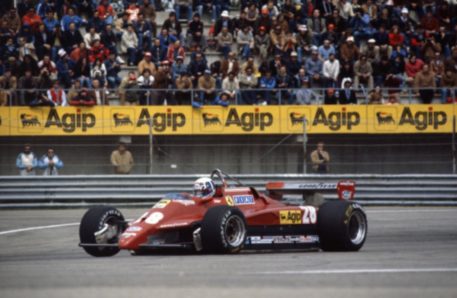 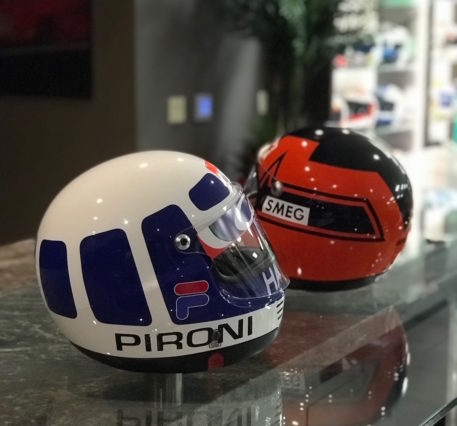 Replica GPA helmet of Didier Pironi like the one he wore during the famous 1982 Formula 1 season while driving for Scuderia Ferrari.

Didier Pironi was a French professional racing driver. During his career he competed in 72 Formula One World Championship Grands Prix, driving for Tyrrell (1978–1979), Ligier (1980) and Ferrari (1981–1982), his F1 career ending after a practice crash at the 1982 German Grand Prix. While at Ligier, Pironi came to realise that a combination of the team’s incompetence and Laffite being in firm political control meant that he was not going to win the championship with Ligier. Pironi’s performance piqued Enzo Ferrari’s interest in the Frenchman’s services, which he secured for 1981. Ferrari later recalled, “As soon as Pironi arrived at Maranello, he won everyone’s admiration and affection, not only for his gifts as an athlete, but also for his way of doing things – he was reserved while at the same time outgoing.”

After the testing crash at Hockenheim, Pironi was leading with 39 points in the Drivers’ hampionship, ahead of John Watson (30) and Keke Rosberg (27), but Pironi would eventually be relegated to runner-up status as Rosberg would surpass him to become World Champion. Despite missing four races of that year’s fourteen, Pironi lost the title to Rosberg by just 5 points. In his Formula One career Didier Pironi won three races, achieved 13 podiums, and scored a total of 101 championship points. He also secured four pole positions. Pironi would also win the 24 Hours of Le Mans in 1978 driving a Renault Alpine A442B.

The helmet would make a fantastic addition to any helmet collection and comes with a Certificate Of Authenticity. 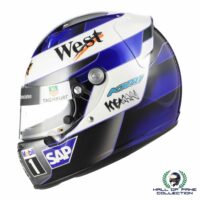