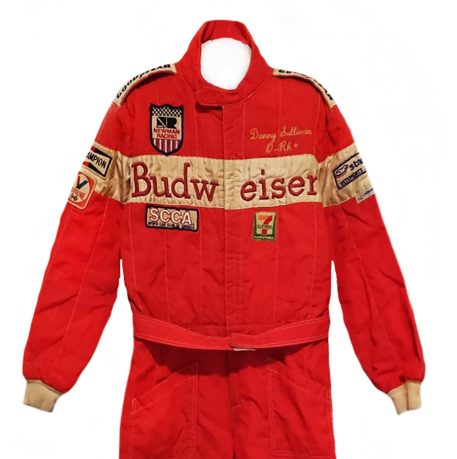 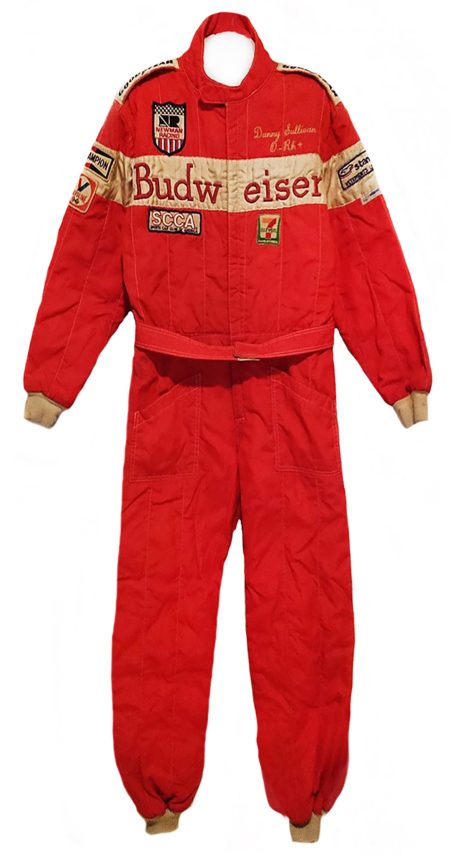 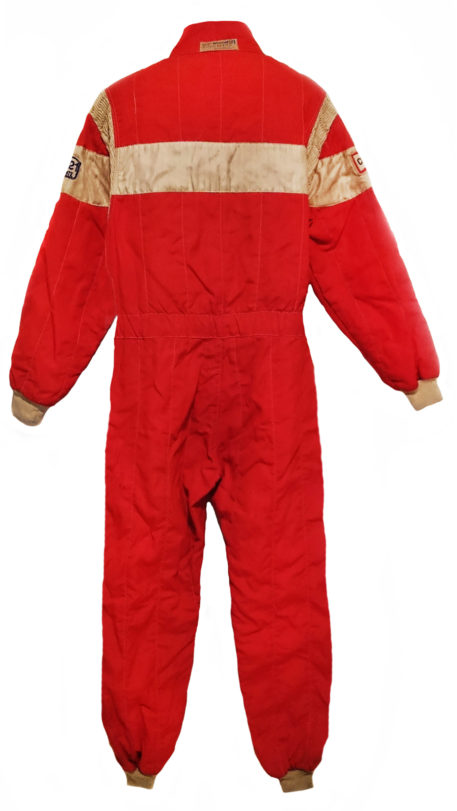 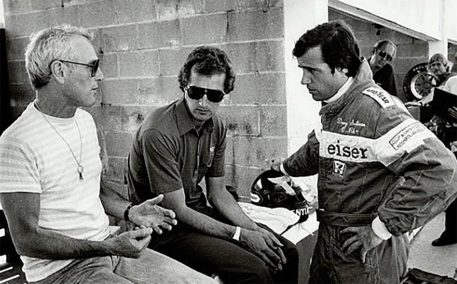 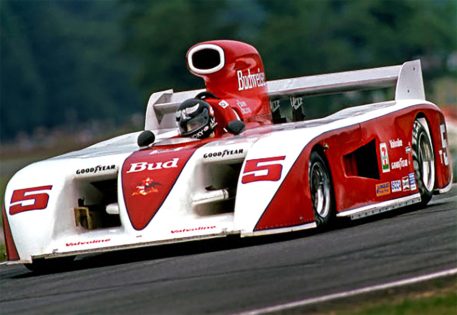 A heavy Nomex layered Stand 21 race used suit worn by former American racing driver Danny Sullivan. In his career Sullivan raced in Formula One, IndyCar, Sportscars, Nascar and was even a New York cab driver at one time. He is renowned for winning the ‘spin and win’ 1985 Indy 500 as well as the 1988 IndyCar Series Championship.

This suit is from early in Sullivan’s career and was used while driving for Paul Newman Racing’s Can-Am team. Sullivan had a good season while driving a March Chevrolet 827 and Chevrolet Frissbee GR2, winning at the Caesars Palace Grand Prix in Las Vegas as well having three third-place and three second-place finishes. He placed third in the Championship as a result.

The suit has the team’s major sponsor Budweiser emblazoned on the chest as well as Newman Racing, 7-11 and SCCA logo patches sewn onto the suit.

This suit is a great item for the Sportscar/Indycar collector and comes with a full Certificate Of Authenticity.