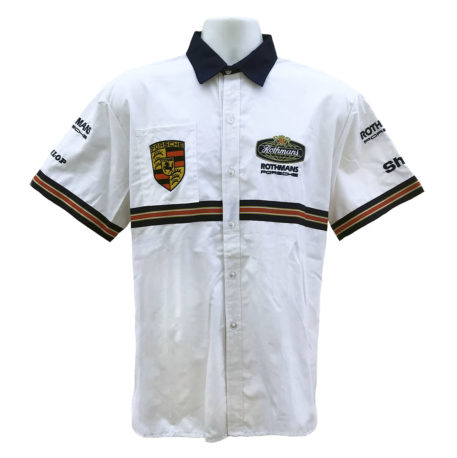 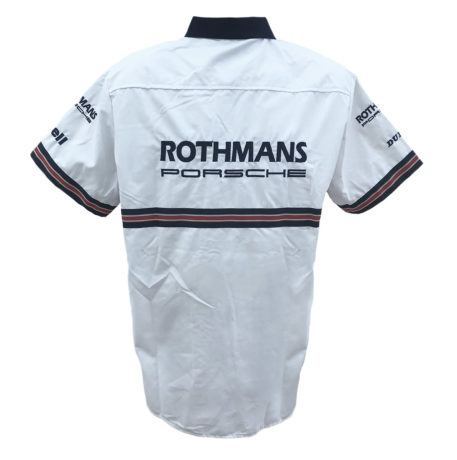 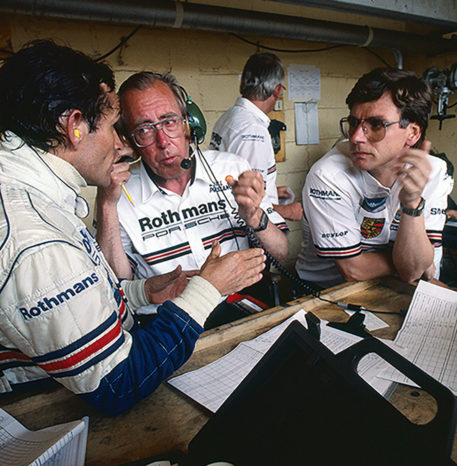 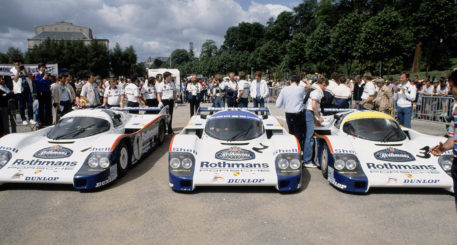 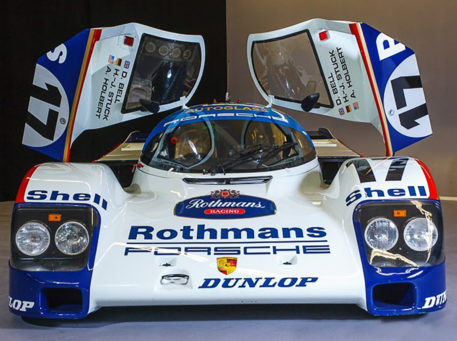 Another rare pit crew shirt from the 1982 to 1987 period. When the Rothmans Porsche cars dominated the World Sportscar Championship. The Rothmans team used the superior ground-effects factory Porsche 956/962’s. Driven by the likes Bell, Ickx, Stuck and Holbert made the Team and their cars virtually unstoppable in their quest for victory. Winning many accolades and championships, including dominating at the Le Mans 24 Hour for four years.

This white shirt was produced by Visual Marketing for the Porsche Company. It has the navy blue Rothmans Porsche lettering to the back and both arms. On its chest is a pen pocket on the right side that has the Porsche’s Stuttgart shield. On its left side, there is a Rothmans International logo under which is the Rothmans Porsche lettering. There are tire and fuel suppliers Shell and Dunlop’s logos to either arm respectively. The Rothmans blue, red and gold color banding runs around the shirt at mid-torso and also around the sleeve hems. The shirts collar is in solid navy blue.

The cotton drill shirt is in excellent new unworn condition. There are no stains, tears, or any other faults. All the original buttons are still in place and the embroidery is as when manufactured. The shirt sizes are label marked as 16 collar size (101-106cm) Large.