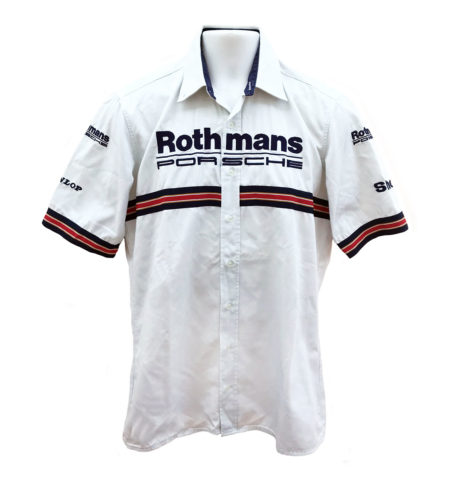 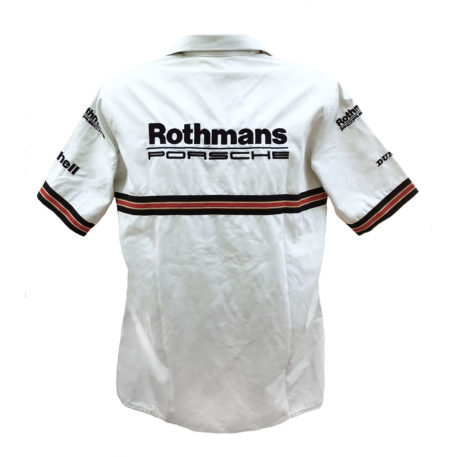 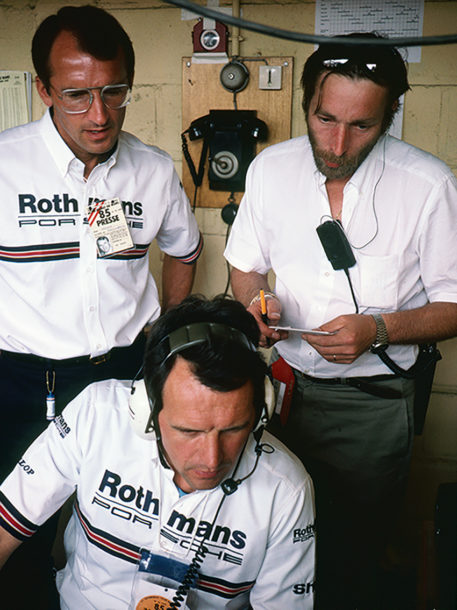 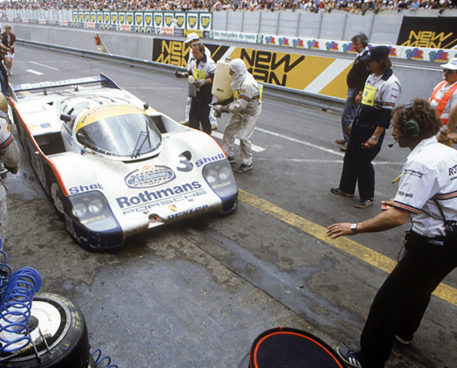 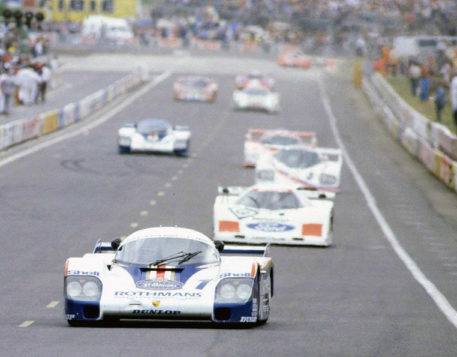 Super rare pit crew shirt from when the Rothmans Porsche’s dominated the World Sportscar Championship during the 1982 to 1987 period. The team used the mighty factory Porsche 956/962 (in various configurations) cars.  The machines having superior ground-effects and were teamed up with some of the best sports car racing drivers of an era, including Bell, Ickx, Mass, and Belloff. Thus making the team virtually unbeatable. The team won famously at Le Mans 24 hour four times. As well as many other famous races, championships, and one-off events.
These white factory Porsche shirts have the Rothmans Porsche lettering to the back front and both arms. There are tire and fuel suppliers Shell and Dunlops logos to either arm respectively. The Rothmans blue, red and gold color banding runs around the shirt at mid-torso and also around the sleeve hems.
These cotton drill shirts are in excellent (like new) used condition with no stains, tears, or any other faults. All the original buttons are still in place and the embroidery is as was when manufactured. The shirt sizes are label marked as 40 ins (101-106cm) Large.