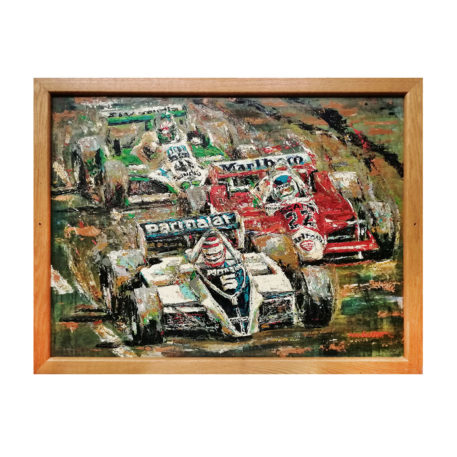 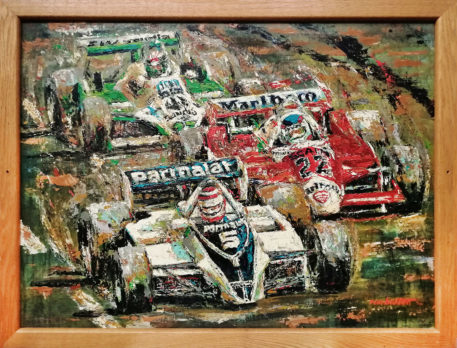 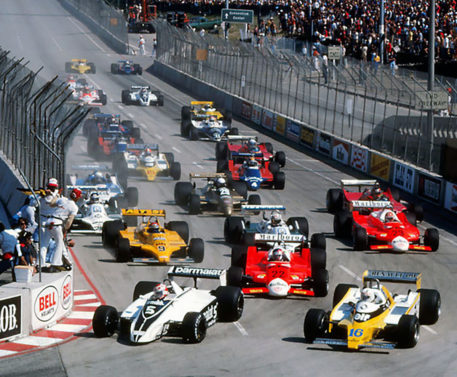 Fabulous original artwork, from famed Indianapolis motorsport artist Ron Burton. The work depicts a scene during the 1980 United States Toyota Grand Prix of Long Beach. It has Nelson Piquet’s Brabham, heading Patrick Depailler’s Alfa and Alan Jones Williams, as they hurtle around the streets of Long Beach. Piquet who also sat on pole position for the race would eventually take the victory after leading the eighty laps from flag to flag. The Medium Ron Burton used for the work is oil on canvas applied with brush and knife. It is in his abstract style which emphasizes the appearance of the speed of the cars. Its approximate size is 18 x 26 inches and is in an unglazed wooden frame.

This work would be a great addition to hang in any collection.