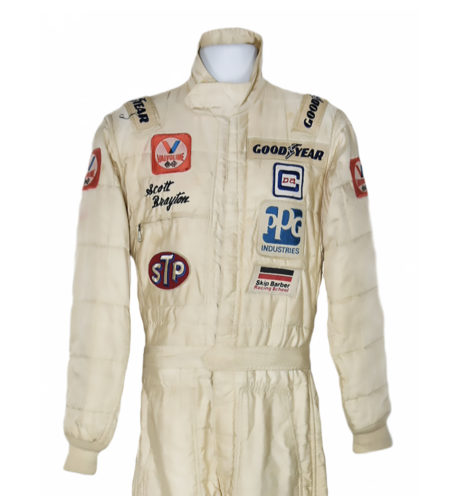 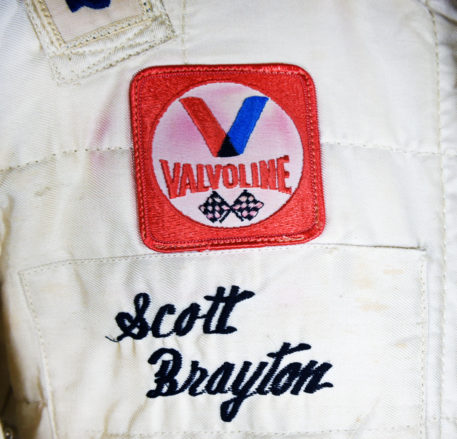 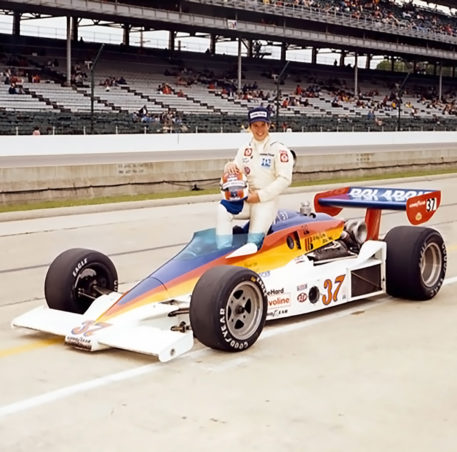 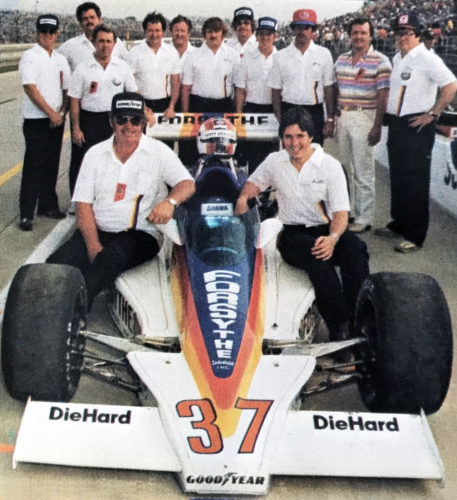 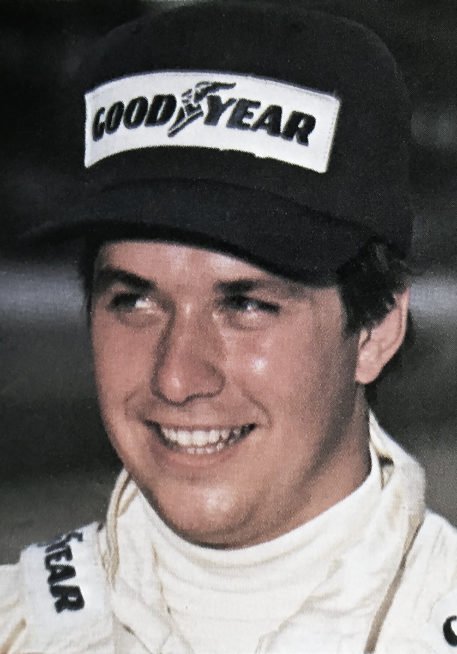 Race suit used by American driver Scott Brayton in his first season driving in the 1981 PPG CART Indycar Series. Brayton  competed in 12 races during the season driving a Forsythe Industries/Brayton Engineering Penske PC-6. This included his first appearance in the Indianapolis 500. Brayton followed his father Lee into the sport, but instead of racing in Sprint cars like his father, he went via the karting route and then Formula Ford before graduating to CART. Sadly Brayton was killed in a practice crash at Indianapolis, just six days after taking pole for the 1996 race.

This all white Simpson suit has many sponsor suppliers patches stitched to the suit that include Valvoline, STP and Goodyear. There are Valvoline patches on both arms, with the back of the suit bearing large Goodyear and Valvoline lettering. Brayton’s name is embroidered in black on the left chest.