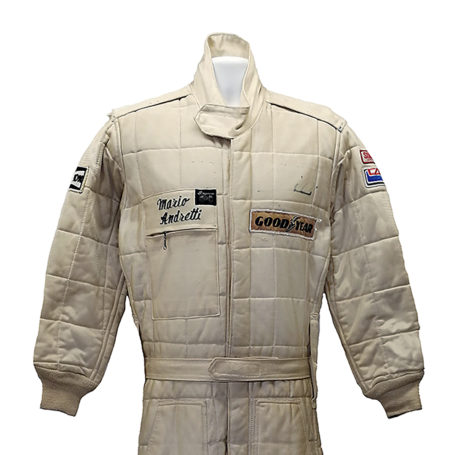 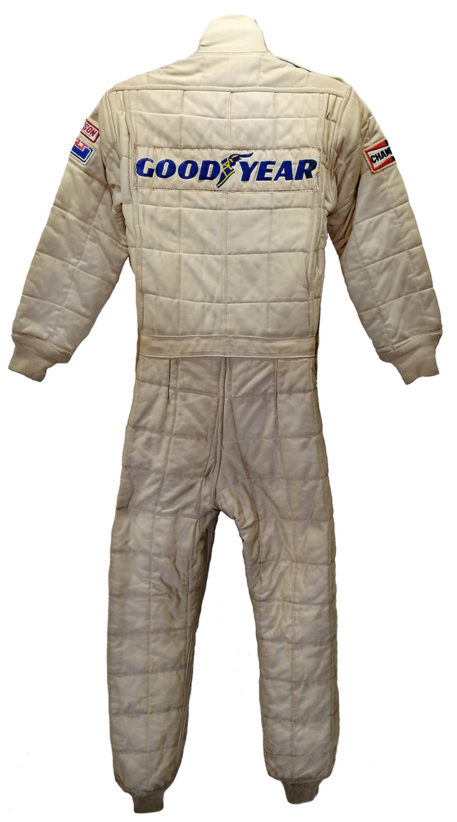 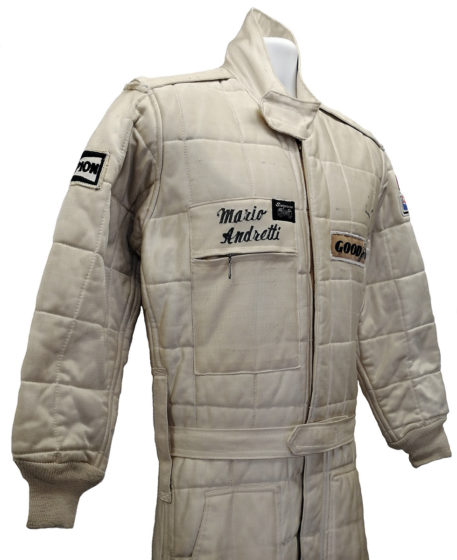 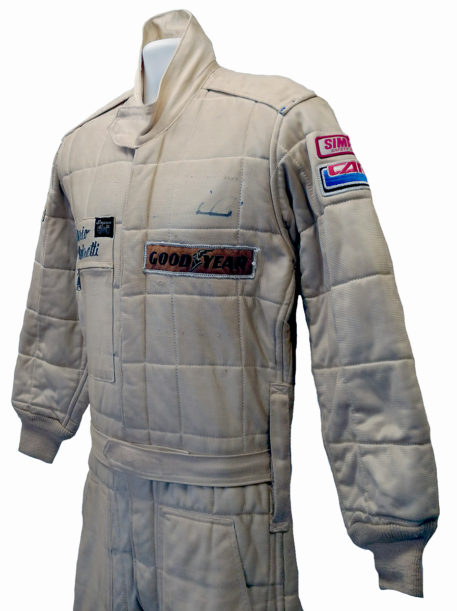 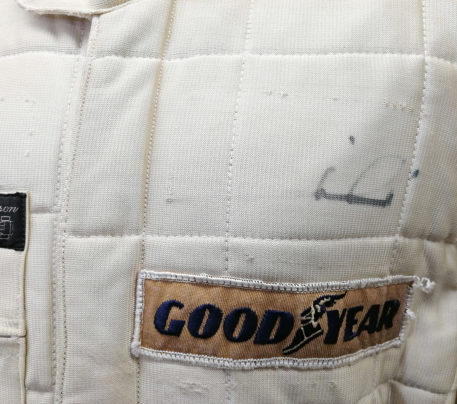 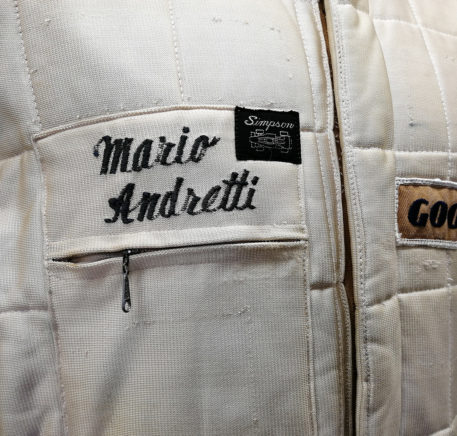 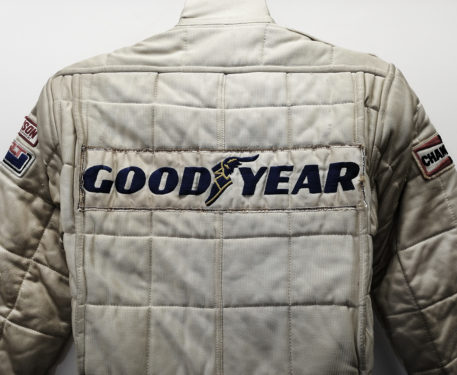 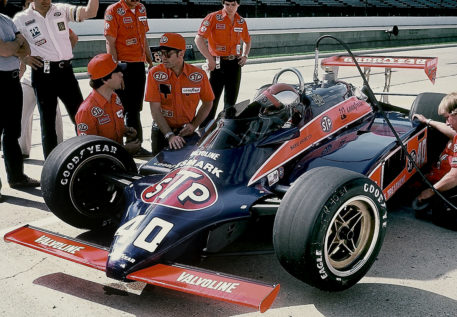 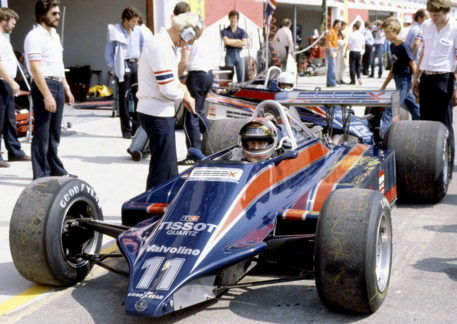 Race suit worn by one of the greatest race drivers of all time, Mario Andretti. This heavy layered Simpson suit has a manufacturing date from 1979. The suit was worn in many race / test situations and patches removed when last used during a Goodyear tire test with the Pat Patrick Racing Team in 1981. Over the years Mario drove for Team Penske, Patrick Racing in CART IndyCar, Team Lotus and Marlboro Team Alfa Romeo in the Formula One championship, as well as in some sports car races.

The suit has the stitch marks where team/sponsor patches have been removed. It still retains its Goodyear patches on the left chest and back of the suit, as well as CART, Champion and Simpson patches on the arms. Mario’s name is embroidered on the right side above a zippered pocket. The suit is also personally signed by the man himself on the left chest.

Don’t miss out on this rare opportunity to add this fantastic piece of motor sport memorabilia to your collection today.