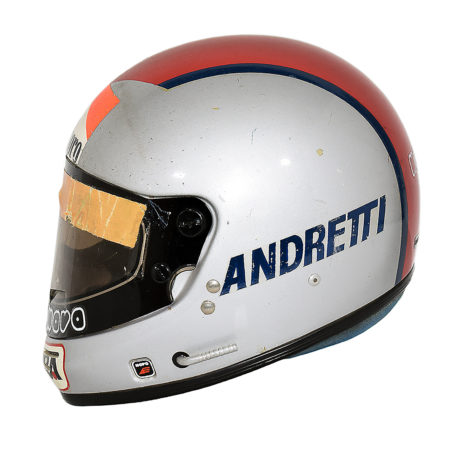 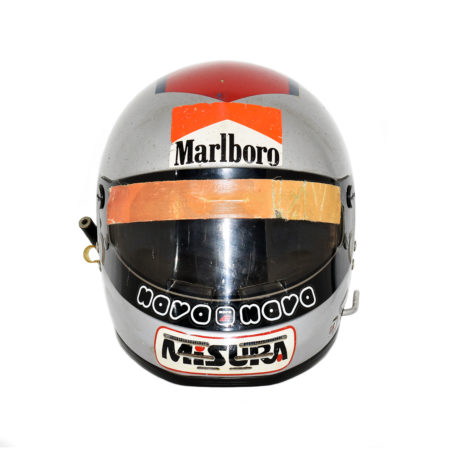 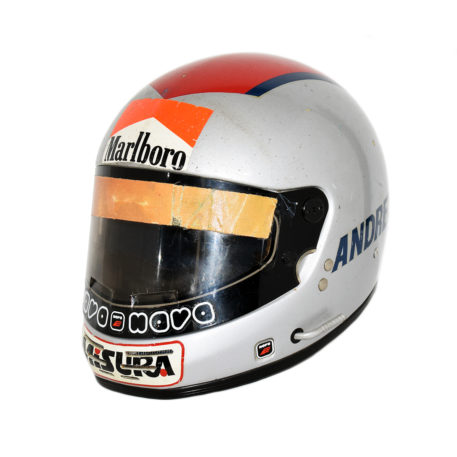 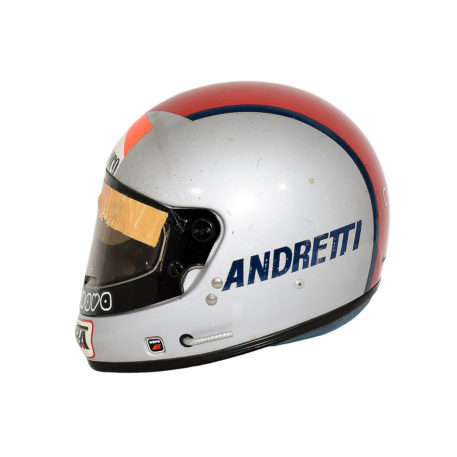 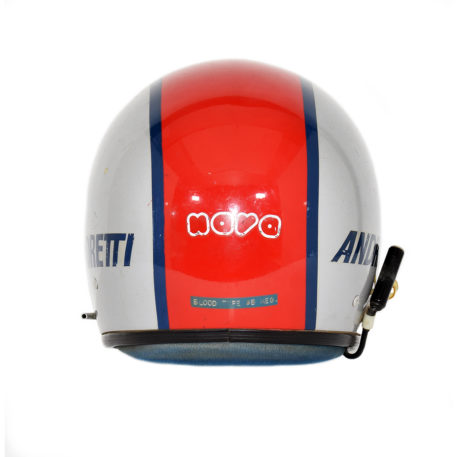 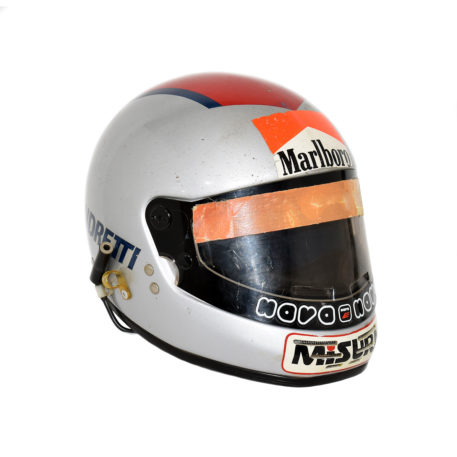 Nava helmet worn by racing legend Mario Andretti during the 1981 Formula One season.

The Italian-born American is one of the most successful racers in the history of motor sport. A former Formula One World Champion and four-time IndyCar Champion, Andretti is also one of only two drivers to have won races in Formula One, IndyCar, the World Sportscar Championship and NASCAR (the other being Dan Gurney). He also won races in Midget cars and Sprint cars.

This very rare Nava helmet was worn by Andretti during the 1981 Formula One season while driving for the Marlboro Team Alfa Romeo in a V12-powered Alfa Romeo 179C. The helmet has been photo-matched to being used in at least three races during this season. The Italian-made Nava helmet is easily recognizable due to the larger than usual eye port and it’s iconic ‘Andretti Family’ design. The silver base color has a thick red, edged in blue, chevron stripe running from the back, over the top, and ending just after its crown. Andretti’s name is on both sides in blue and there’s a Marlboro Chevron decal on the front top and a Misura decal on the chin. The visor has Nava branding and faded red duct tape still attached to it, which was used as a sun strip . The helmet also has Andretti’s blood group Dymo label on the back and still retains its original radio and pop-off fitting.

This helmet was a part of the Ron Burton Collection for more than 35 years and is now available for the very first time. 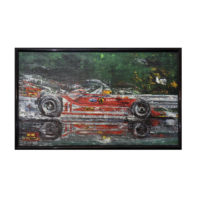