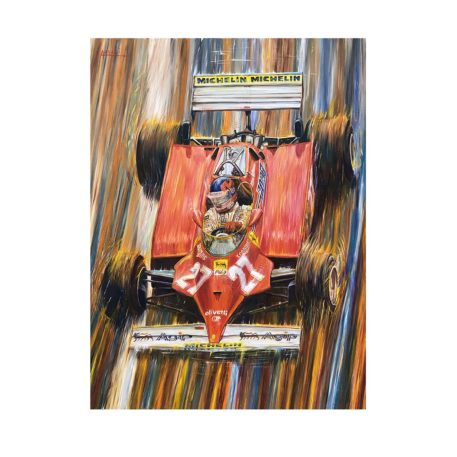 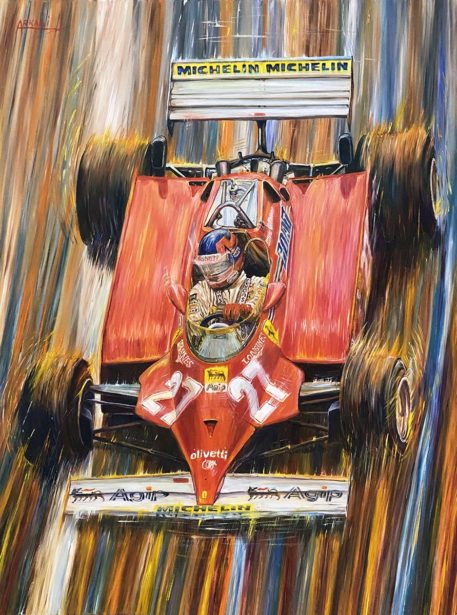 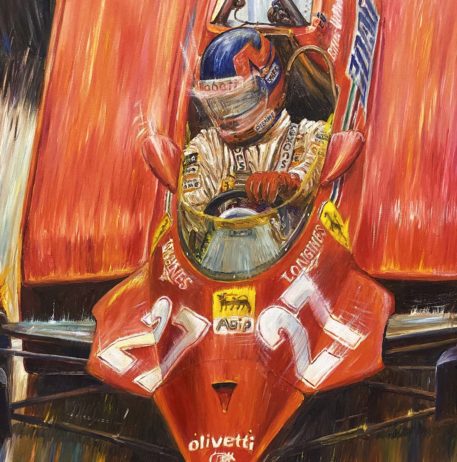 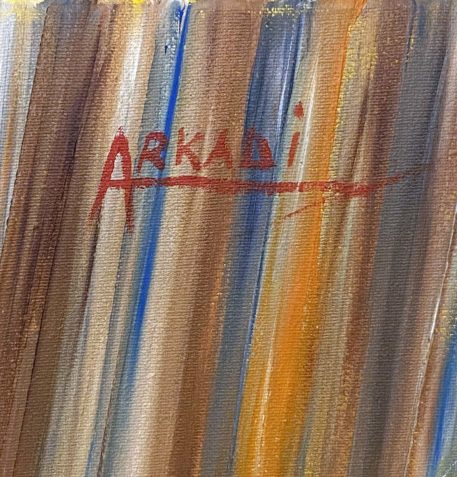 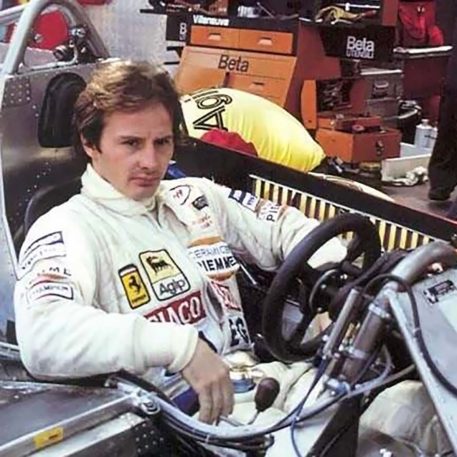 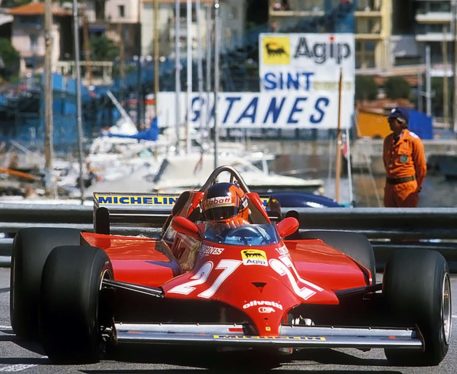 Stunning original artwork from Canadian based motorsport artist Arkadi. The composition depicts the one and only Gilles Villeneuve in his Scuderia Ferrari 126CK V6 machine. Villeneuve, father of IndyCar and F1 Champion Jacques, is still acknowledged as being one of the most spectacular drivers of his day – perhaps of all time. His full-on aggressive, brave, and ‘never-say-die’ skill and style was not only respected by his fellow drivers but also revered by Formula 1 one fans around the world. Even today, nearly forty years since his death, Gilles Villeneuve is mentioned as being ‘one of the greatest’.

The abstract image has a downward detailed view of Villeneuve working his magic in the cockpit of his unruly #27 Ferrari 126CK car, a car he drove to two victories and a third-place finish during the 1981 Formula 1 season. The style and vibrant colors of the work have the feel of speed, excitement, and daring of the legendary French Canadian driver.

Artist Arkadi, who grew up in Eastern Europe, had his first taste of motorsport as a child when his father took him to see an F3 race. From that day forward he was hooked and as soon as he got home he was drawing the cars that gave him such a thrill. Attending races on a regular basis Arkadi’s painting and drawing skills would continue to improve. At Art School, while others painted still-lifes, he would start painting what truly inspired him, racing cars in action. Arkadi currently lives and paints motorsport art in Burlington, Ontario, Canada.

The artwork comes with a full Certificate of Authenticity.