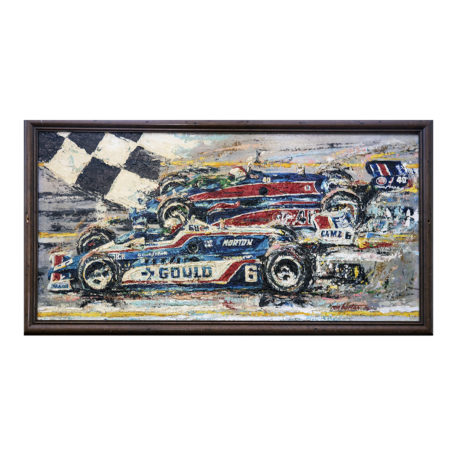 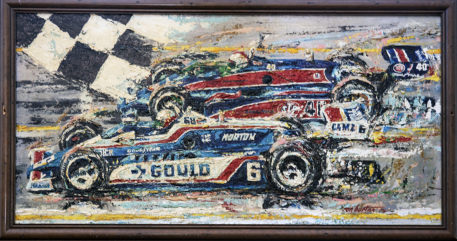 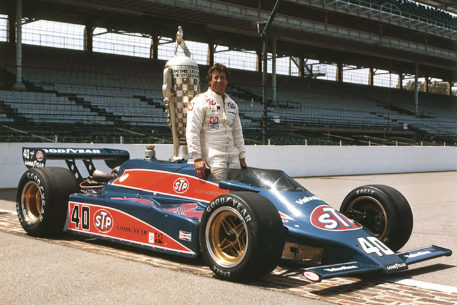 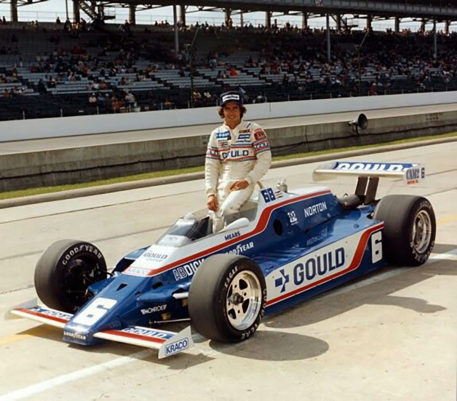 Original artwork from renowned motor sport artist Ron Burton. The work depicts two of America’s greatest drivers, Mario Andretti and Rick Mears, during the 1981 Indianapolis 500 race.  The two drivers had an action-packed and eventful race. Mears would pit on lap 58 and fuel began to gush from the refueling hose before it had been connected to the car, spraying fuel all over the car, Mears and his mechanics. The methanol would then ignite when it made contact with the red-hot engine. In the aftermath, Mears and four of his pit crew were sent to the hospital, with Mears undergoing plastic surgery on his face. The race would continue with Bobby Unser taking the chequered flag as the winner, and Andretti finishing second. USAC race officials ruled that Unser had passed cars illegally during a caution on lap 149 and, as a result, Unser was subsequently issued a one-position penalty. Andretti was then elevated to first place and declared the race winner and had race-winner photos taken with the Borg-Warner Trophy. But after a lengthy protest and appeals process, the penalty was rescinded and Unser was reinstated as the winner on October 9th, four months after the race.

This composition has Mears in his Gould sponsored #6 Penske Cosworth 9B positioned on the inside of Andretti’s Patrick STP Cosworth Wildcat. It is in Ron Burton’s abstract ‘race action’ style, which Ron used to emphasize the momentum of the cars when at race speed. Its medium is oil on canvas and the approximate size of the work is 48 x 24 inches.

The artwork comes with a Certificate of Authenticity.