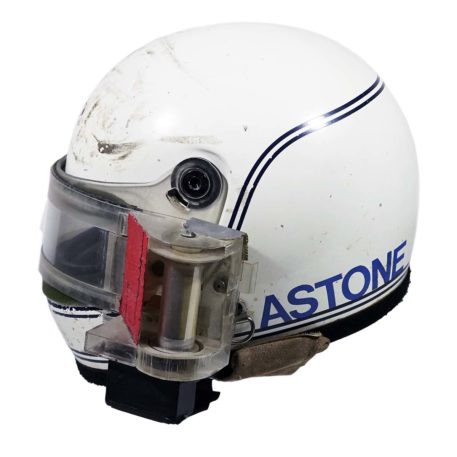 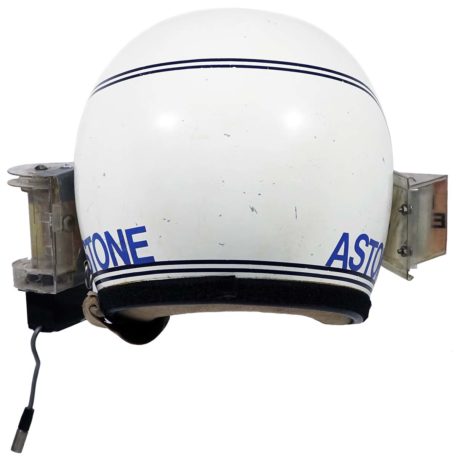 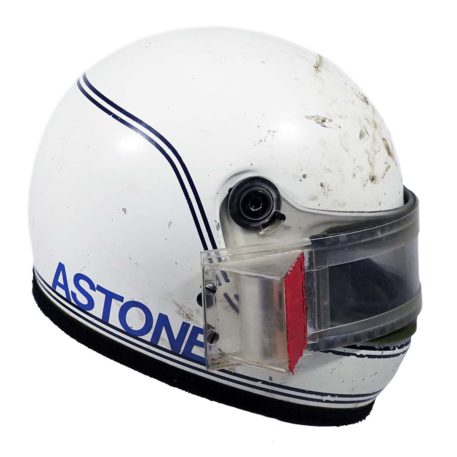 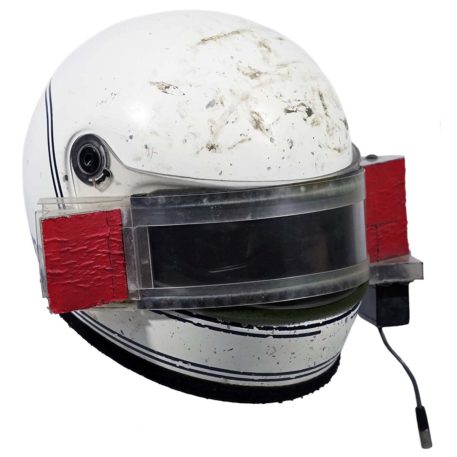 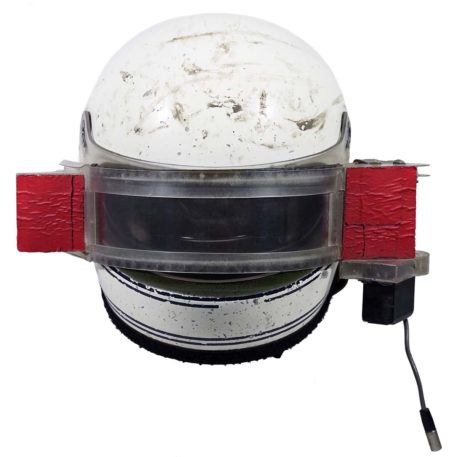 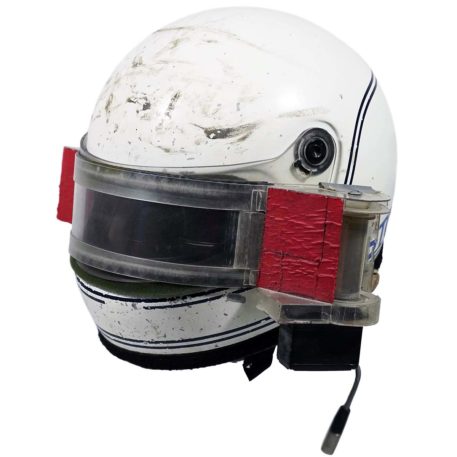 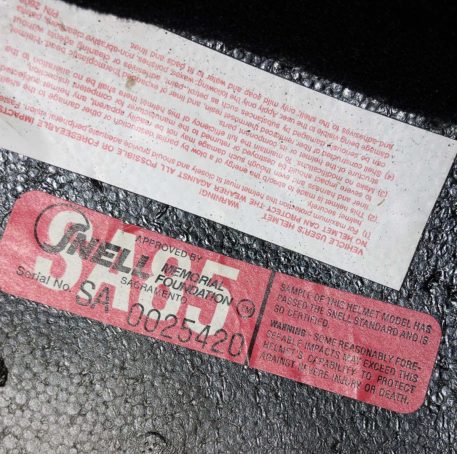 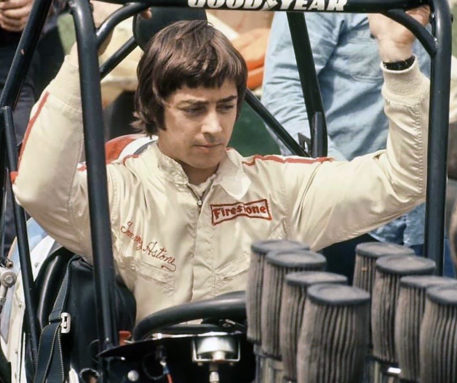 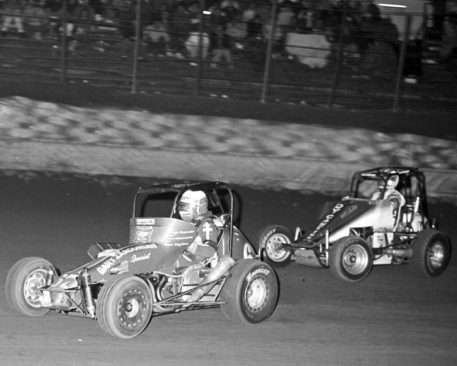 The white helmet has four dark blue pinstripes that run around the helmet at two at the bottom and two around the middle that angle upwards toward the back. Astone‘s name is to both sides. There is a unique electric tear-off winder system which was used on dirt tracks by many drivers in the 1980’s, including Tony Stewart and Jeff Gordon. The automatic visor tear-off winder can be seen on both drivers’ helmets in the picture of Sleepy Tripp (leading) and Tommy Astone while they racing at the Ascot Speedway in 1987.

This helmet comes from the famous Ron Burton Collection. The helmet is one of 170 helmets in which were on display at the famous Union Jack Pub in Speedway (Indianapolis) Indiana. Ron Burton is a famous artist who often traded his paintings with drivers for one of their helmets. We are proud to offer this unique collection of many rare helmets and artwork. 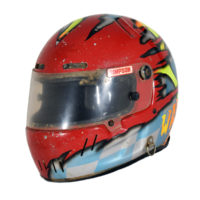 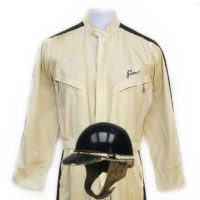 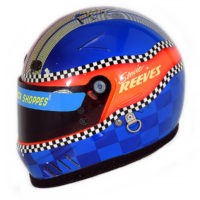 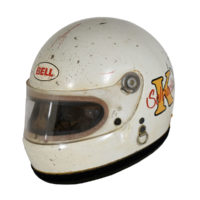 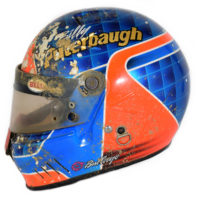 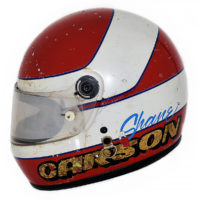