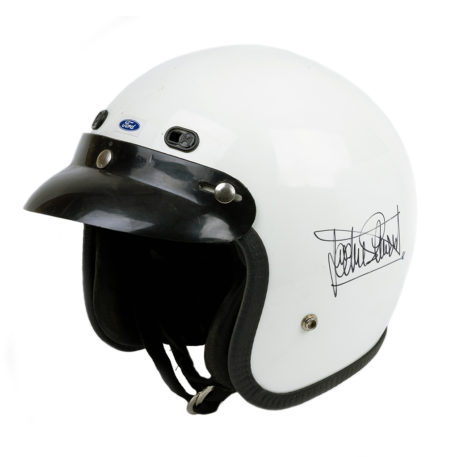 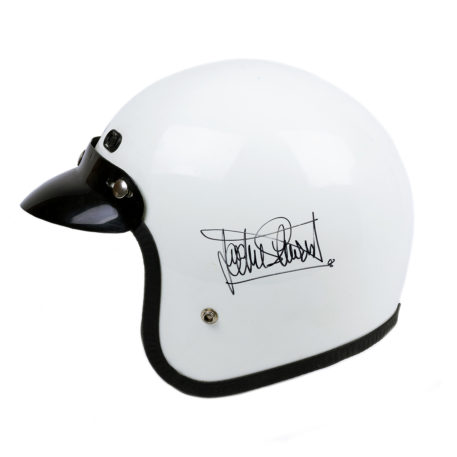 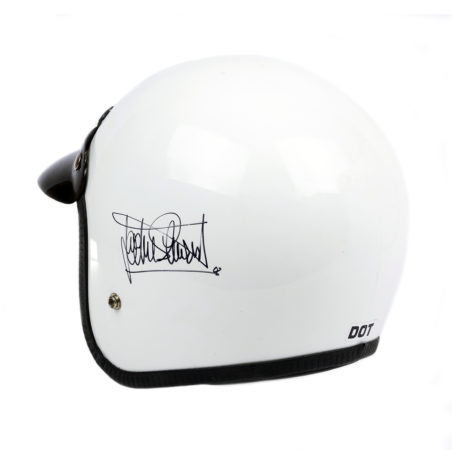 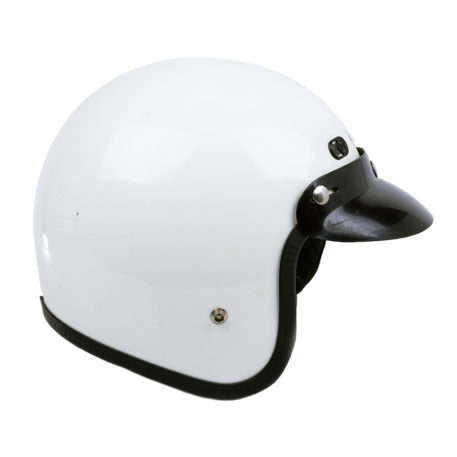 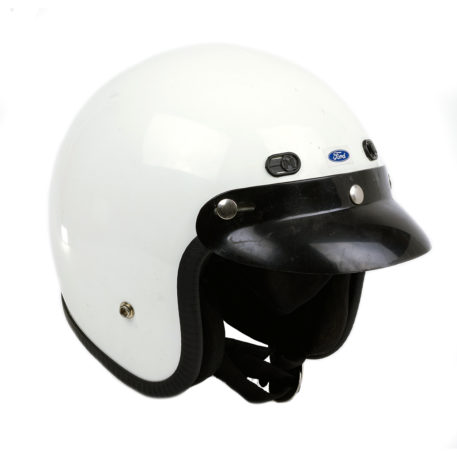 A Used Ford Motor Company promotional helmet hand signed by Sir Jackie Stewart, the former three times World Formula 1 Champion driver. This helmet was previously sold in aid of charity on behalf of Ford Racing Division.
Sir Jackie had one of the longest-running relationships by a sportsman with a major worldwide corporation. In the 40-year partnership the Scotsman signed a contract in 1964 to promote Ford products. He was also employed in the product-development processes. Stewart says his greatest contribution was advising engineers in what to look for in developing a road car. Ford powered Tyrell cars saw Stewart win his three Formula One drivers’ championships, in 1969, ’71 and ’73. Ford also powered Sir Jackie and his son Paul foray in to F1 team ownership for three years.

This helmet could possibly have been used by Sir Jackie for promotional demo run  purposes with Ford. The pattern white finished open-faced helmet has a snap-on black peak, with Sir Jackie’s clear & legible signature on its left side signed in black marker pen.

Helmet comes with a COA.