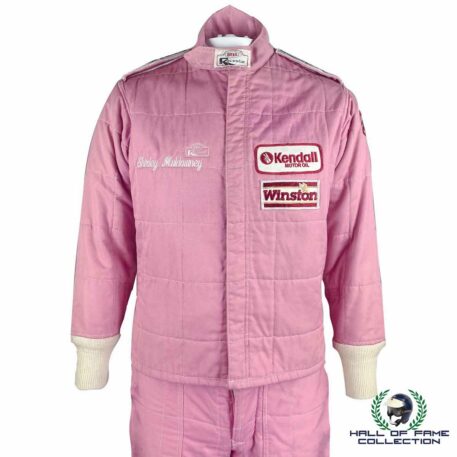 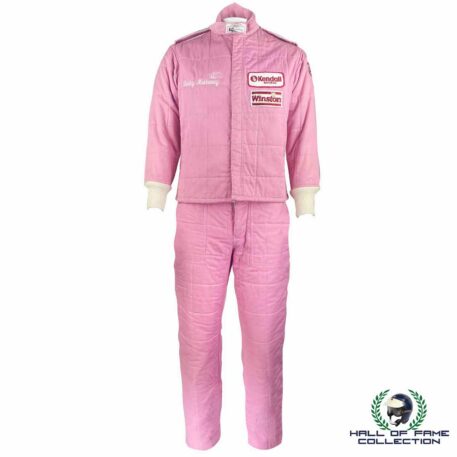 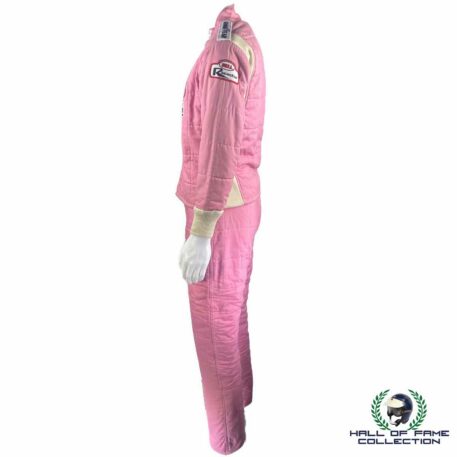 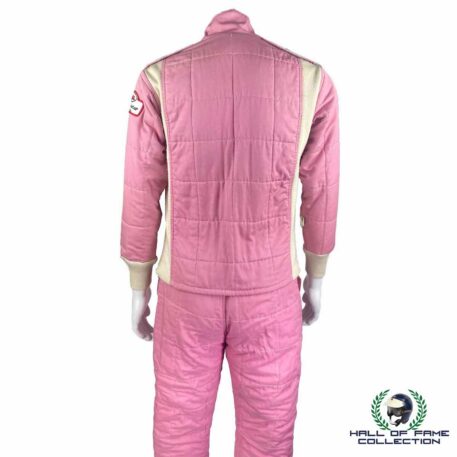 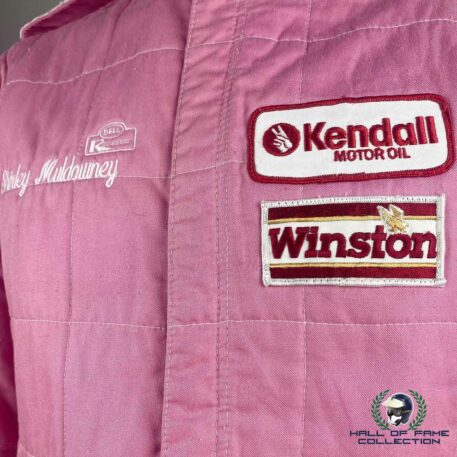 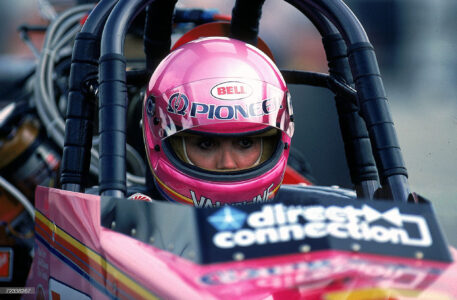 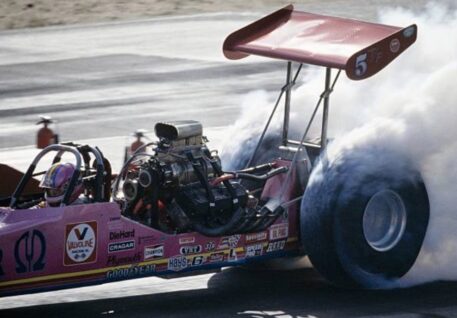 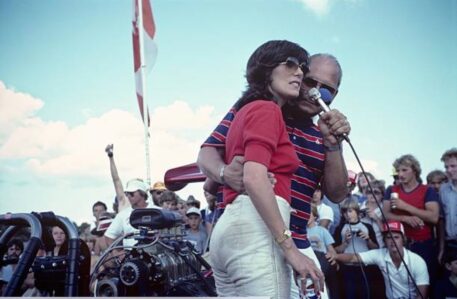 She was the first woman to receive a license from the National Hot Rod Association (NHRA) to drive a Top Fuel dragster. She won the NHRA Top Fuel Championship in 1977, 1980, and 1982, becoming the first person to win two and three Top Fuel titles. She won a total of 18 NHRA national events.

Muldowney success met enormous opposition from those who felt drag racing (or any form of motorsport, for that matter) was no place for women. Don ‘Big Daddy’ Garlits, considered the father of drag racing, said about her:

“Now, if you ask who do I have the most respect for, I’d say Shirley Muldowney. She went against all odds. They didn’t want her to race Top Fuel, the association, the racers, nobody…just Shirley.”

Muldowney noted, “NHRA fought me every inch of the way, but when they saw how a girl could fill the stands; they saw I was good for the sport.”

This distinctively colored, two-piece suit comes with a Certificate Of Authenticity.