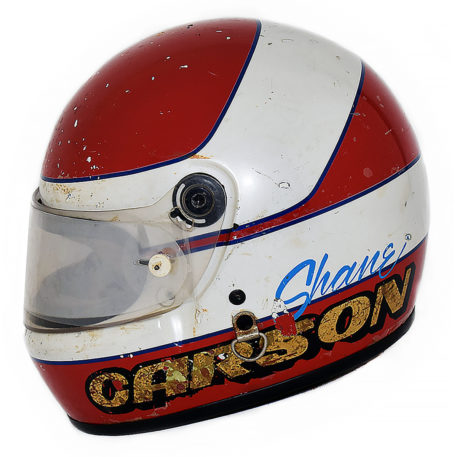 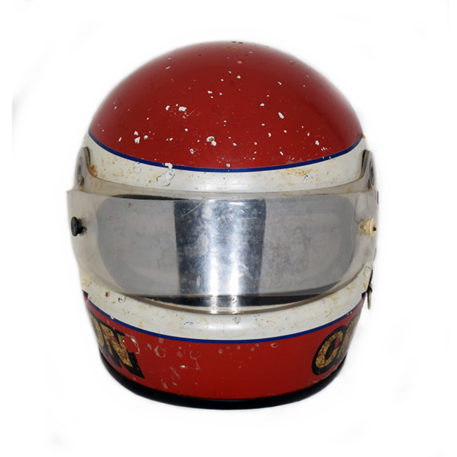 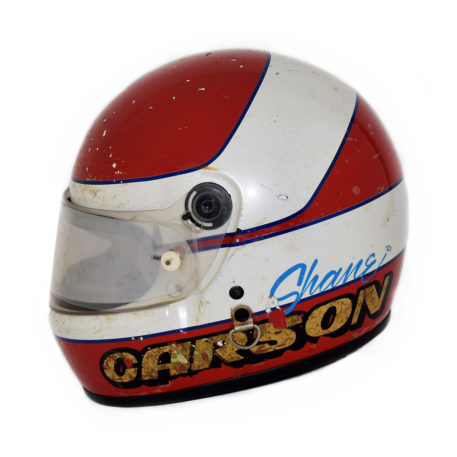 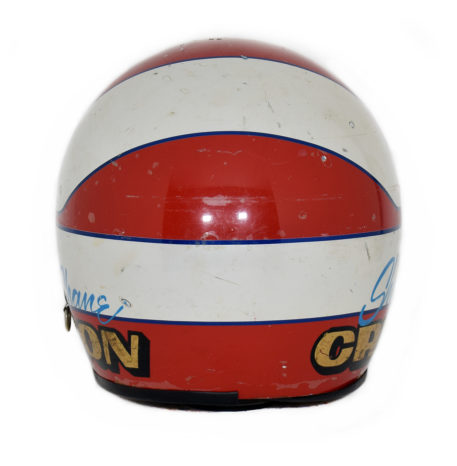 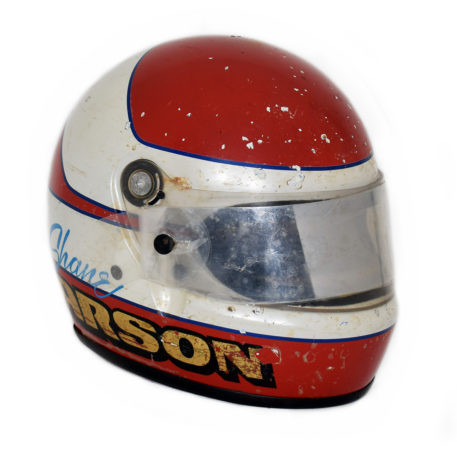 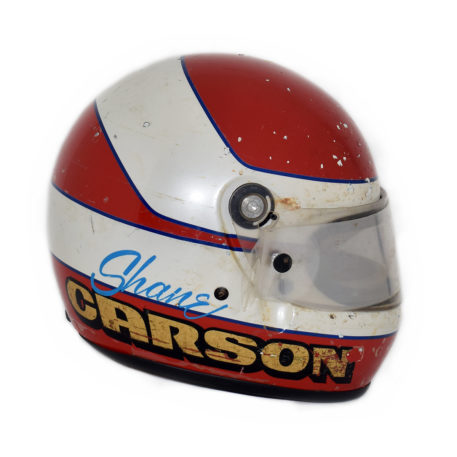 Helmet worn by Shane Carson during the mid-1980’s. After starting his career racing on motorcycles, Carson quickly adapted to Sprint cars and, in just his second season, he would win the prestigious Knoxville Raceway Track Championship in 1978. He would go on to have a long and storied career winning at many tracks all across the country including Ohio, Oklahoma, Texas, and Kansas . He finished a career-best third in series points in 1982. Carson was the 1986 National Championship Racing Association (NCRA) champion. He has six career NCRA wins, as well as two wins in the American Sprint Car Series (ASCS).

This battle scarred red helmet has two wide white bands, that are edged in blue, that run around the middle. The upper band angles up to run over the top of the helmet. Carson’s surname is painted in gold and black and his first name is in blue on either side on the bottom of the helmet.