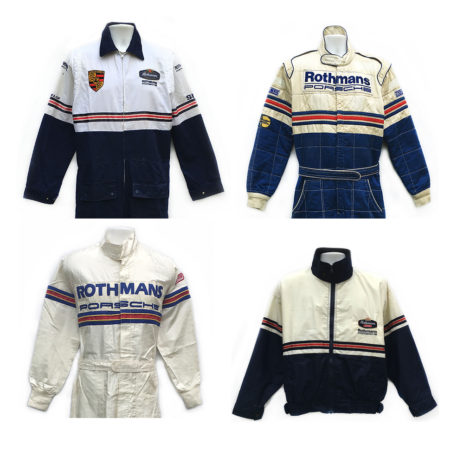 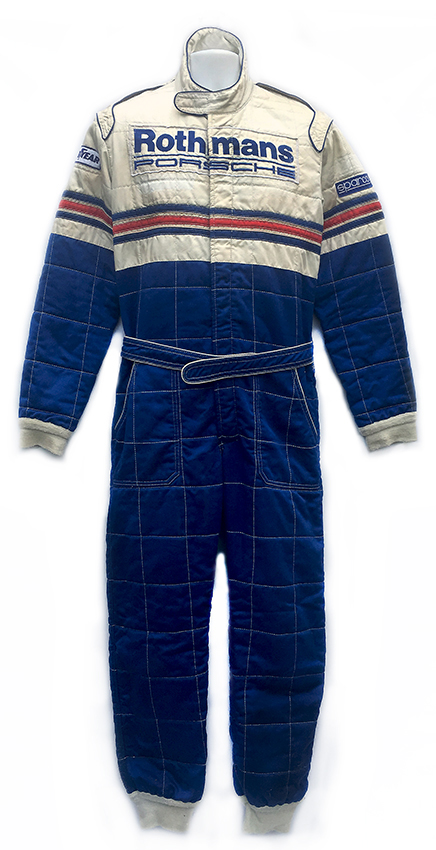 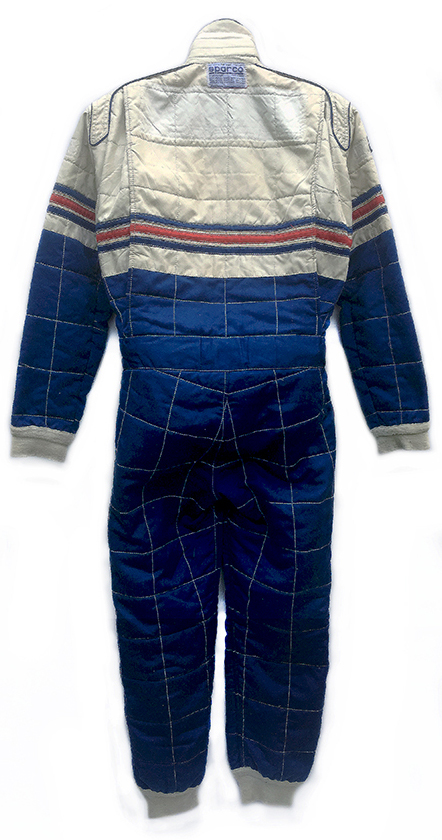 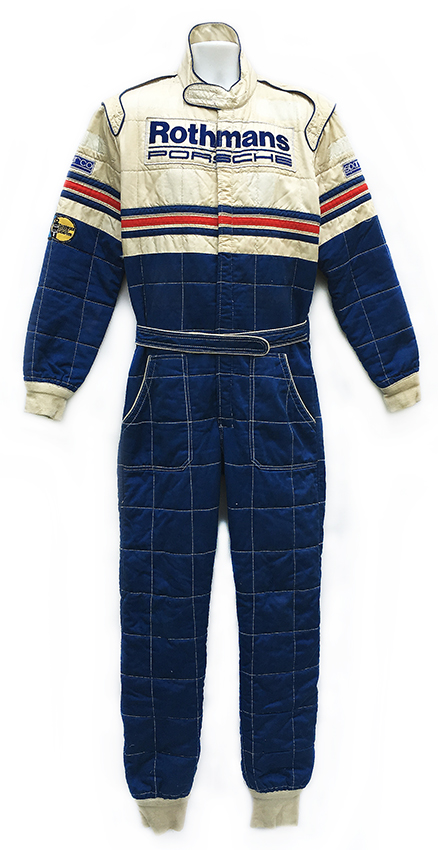 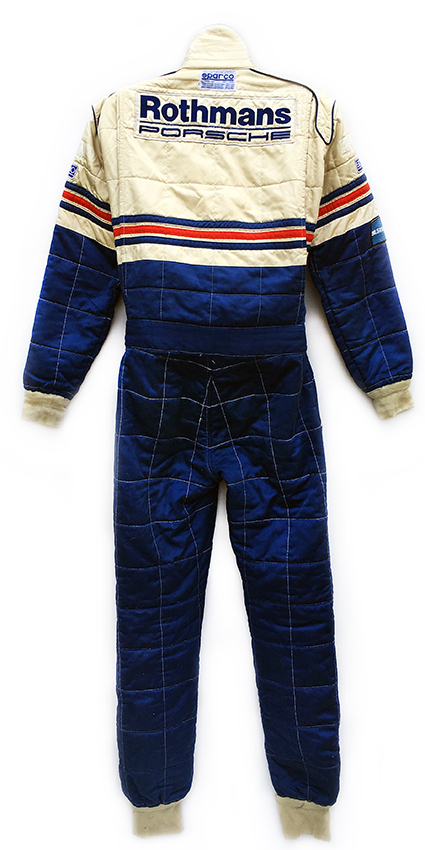 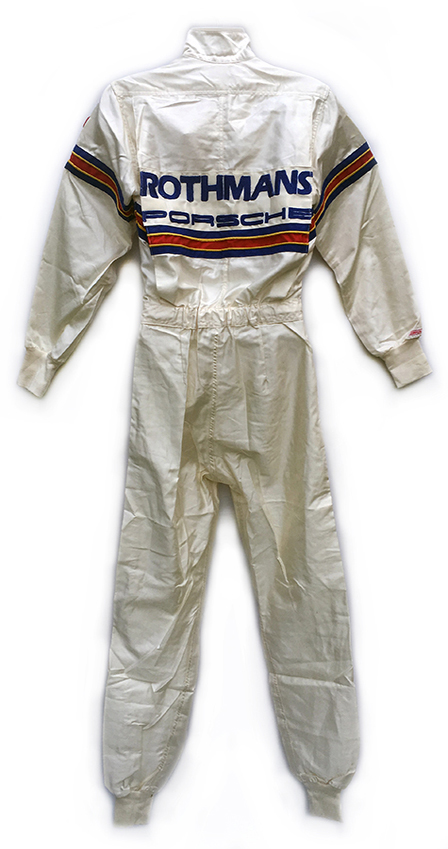 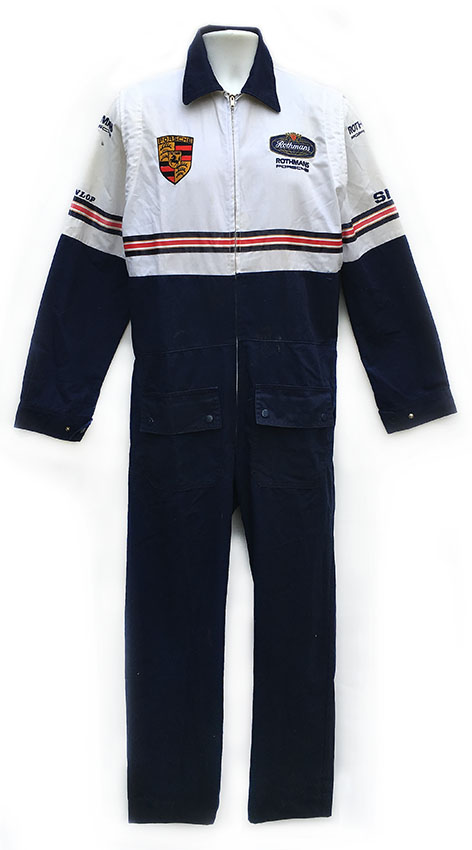 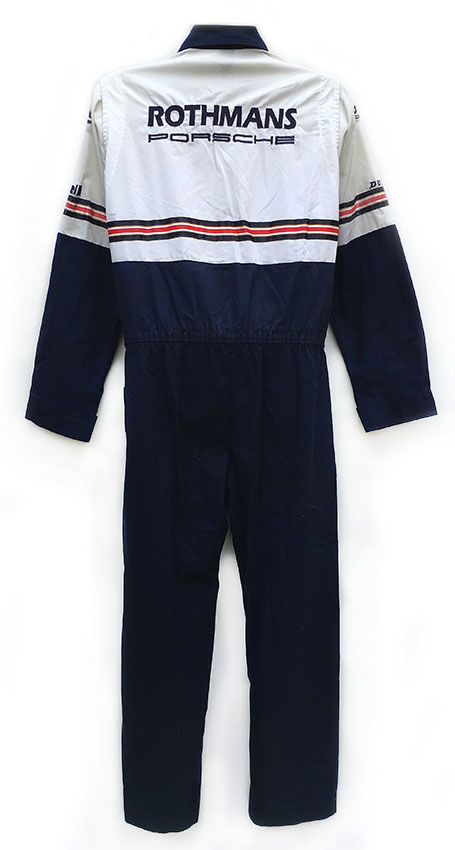 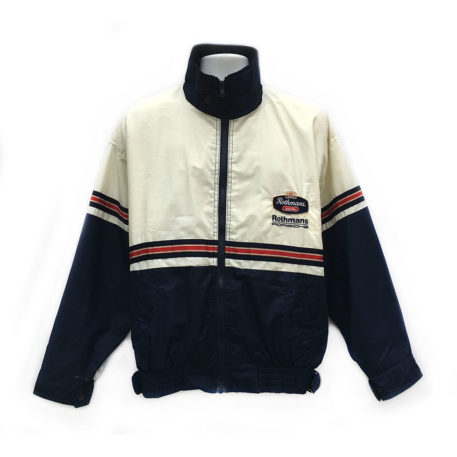 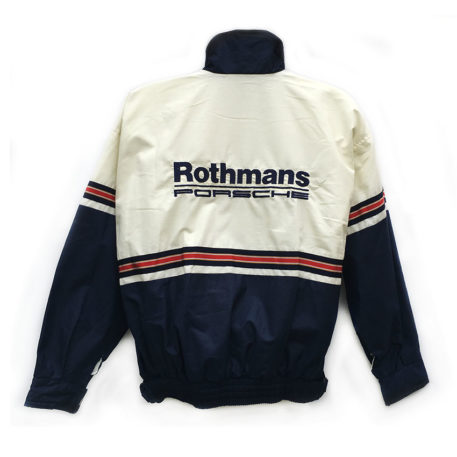 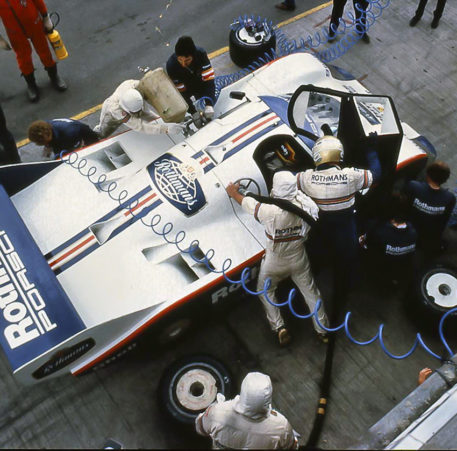 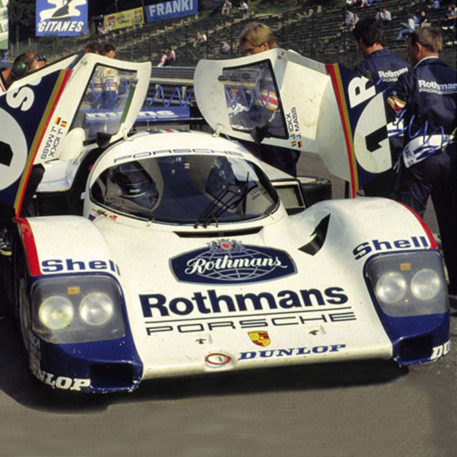 From 1982 onwards, Rothmans supported the factory Porsche 956 and 962 endurance sports car racing effort, winning the 1982 24 Hours of Le Mans with a 1-2-3 finish with their Porsche 956. They would win the event a further three times in the 1983, 86 and 87. Rothmans-Porsche also won the 1985 World Sportscar Championship before the Rothmans officially pulled out their sponsorship at the end of 1987.

We have acquired some of the factory Rothmans Porsche endurance sports car team’s driver and pit crew wear. The items in our inventory are as follows.

Fuelers Suit: Worn by crew member for pit refuelling the white Simpson suit has full embroidered large Rothmans Porsche patches to the front and back as well as red, blue and yellow stripes around the body and arms. Suit has a hood and face mask attached to the collar. Priced at $1200

Pit Crew Overalls: Solid blue color with red, white and yellow stripes around the arms. Has the Rothmans Porsche branding logo to the left chest and arms with a larger logo to the back. Priced at $1000 USD

Garage Overalls: Has similar colouring to the race suits in the blue with white upper body with red white and blue stripes running round the body and arms. Rothmans Porsche large logo embroidered to the back with smaller logos to the left chest and arms. It also has the Porsche Stuttgart Shield on the right chest and team suppliers Shell/Dunlop logos to the arms. Priced at $1200 USD