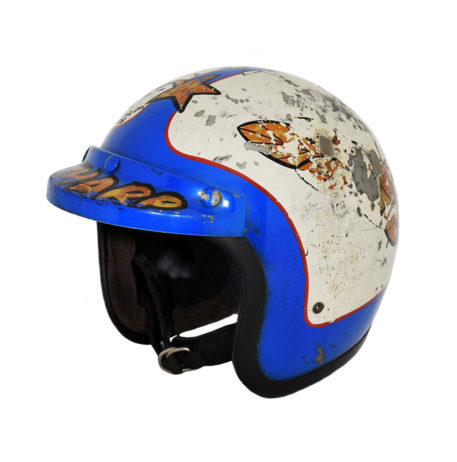 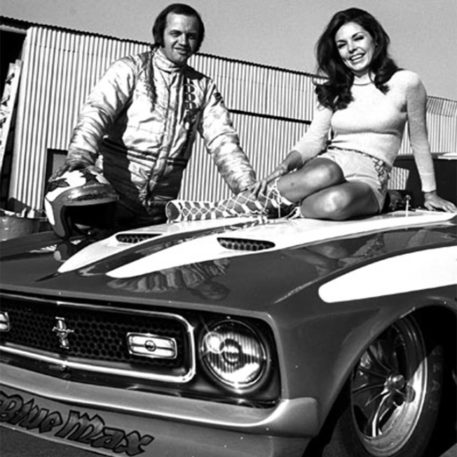 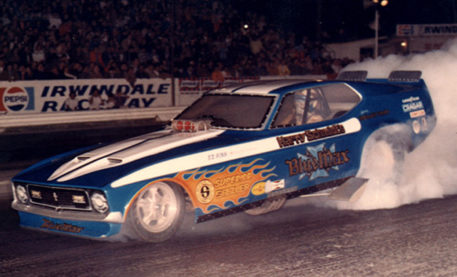 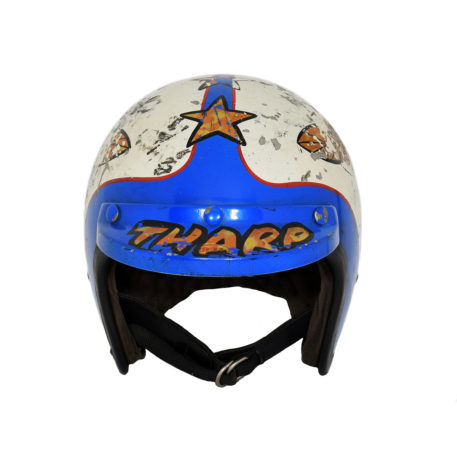 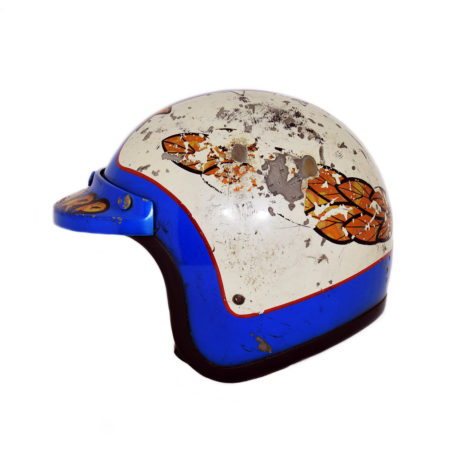 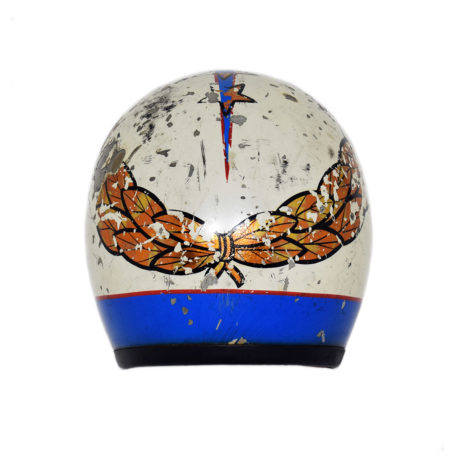 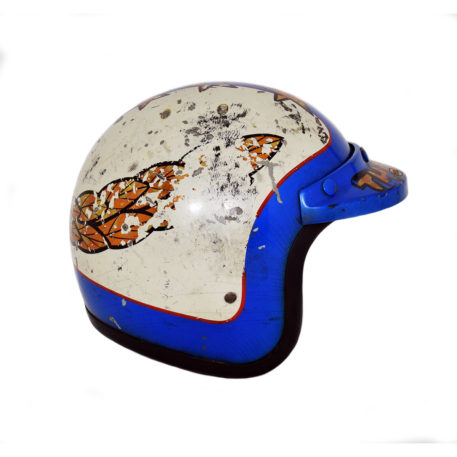 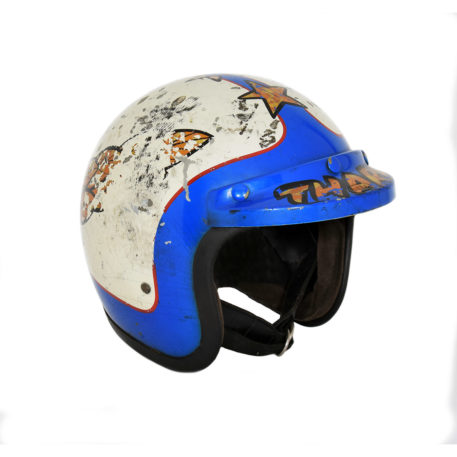 Open face helmet worn by one of drag racing’s most colorful characters the talented Texan Richard Tharp. During the 60’s and 70’s he had a reputation early on for driving the legs off anything on the drag strip as well as being remembered for his outrageous antics off the track.

He was recruited to drive Harry Schmidt’s legendary Blue Max Funny Car. In the early ’70s and crisscrossed the country on the match race circuit, he raced at over a hundred events in one year, winning two in every three races he also drove the Funny Cars of Mike Burkart and Don Schumacher during the mid 70’s winning many other events.

This helmet would have been one worn by Tharp while piloting Funny cars down the quarter-mile strip. It would have been worn in conjunction with a nitro mask and can be seen in the pictures in action.

It has a thick blue band that is edged in red that runs round the full edge of the helmet, it then extends over the top into a point. There is a gold star painted to the top and a gold laurel leaf crown to the rear. The matching blue peek has Tharp’s name painted on to it and has a Snell 1975 sticker.