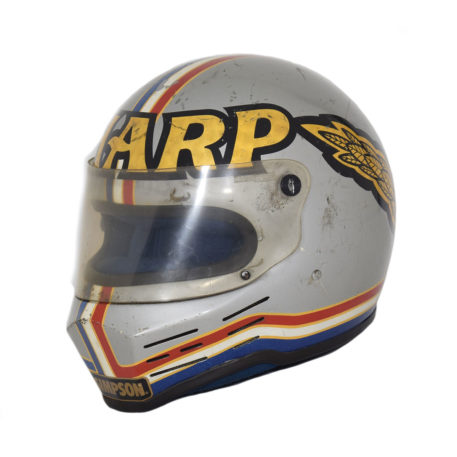 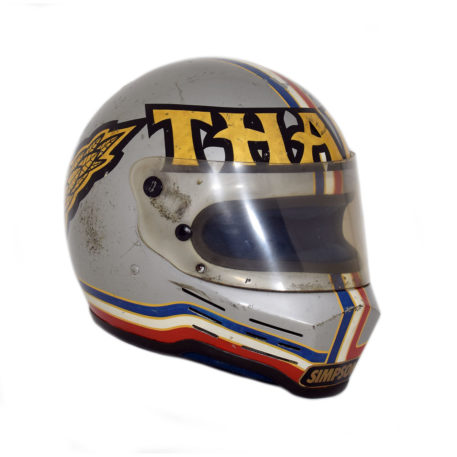 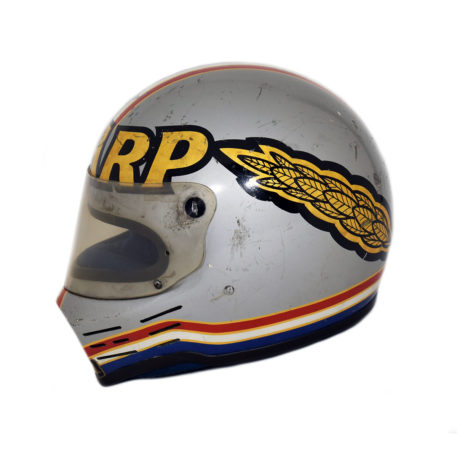 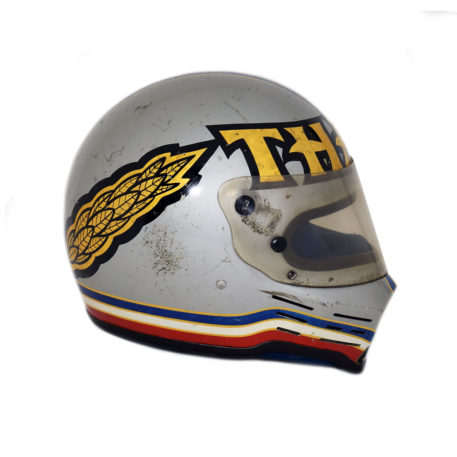 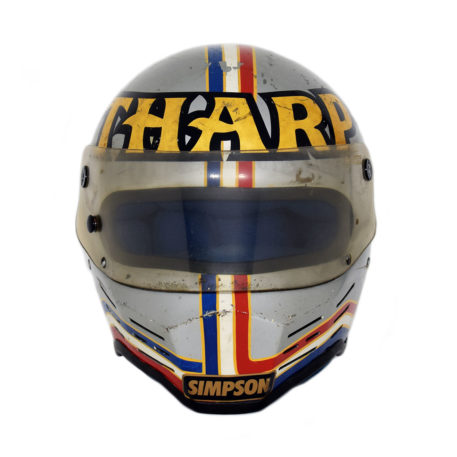 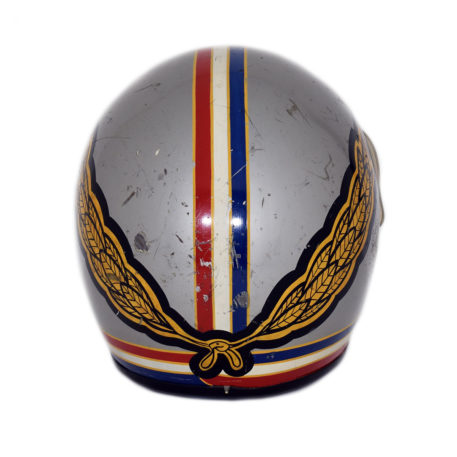 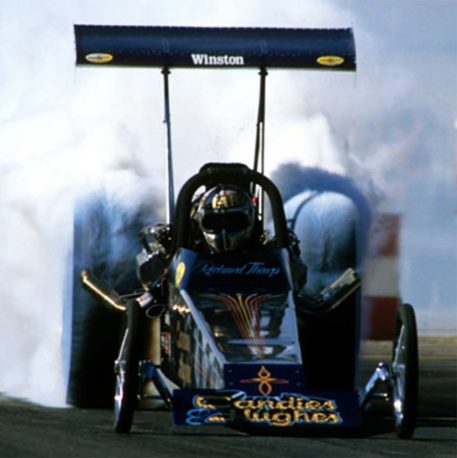 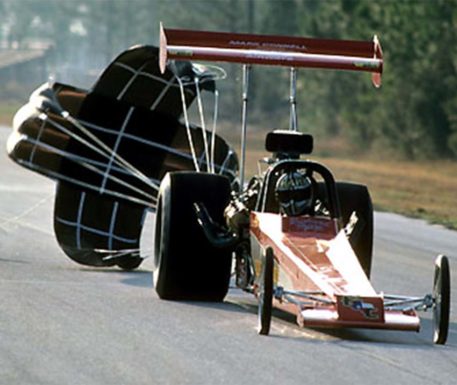 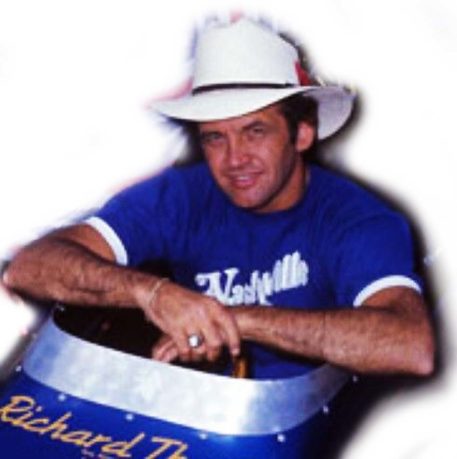 This helmet worn by Texan ‘King’ Richard Tharp, one of drag racing’s most colorful characters he had a reputation for being one of the fastest drives down a drag strip as well as being remembered for his outrageous antics off the track.

Tharp most successful period was during the late 70’s to mid 80’s where her returned to his Top Fuel Car roots after driving Funny cars for a few years. He teamed up with owners Candies and Hughes to drive their rear engine rail dragster and began to dominate the Top Fuel circuit. In six seasons and 46 starts with the Louisiana-based team, Tharp reached the final round nine times and winning five events. He parted company with Candies and Hughes in 1981 and took a year out of drag racing to drive in some USAC Midget races. Tharp came storming back in ’83 at the controls of a Texas-based dragster owned by Mike Kilpatrick and Mark Connell and tuned by Bill Schultz. He reached the finals twice in nine starts and beat Shirley Muldowney to win the 1983 Springnationals. Tharp quit the sport in 1988.

This silver Simpson Bandit helmet was used by Tharp while driving the Top Fuel Dragsters on the quarter-mile strip. It has red, white and blue bands with gold pinstripes that runs round the full edge of the helmet, it then extends over the top to the back a gold laurel leaf crown is painted to the rear and Tharp’s name in gold and black painted to the top front. There is a Simpson decal applied to the chin and it has a snell 1980 sticker.

This helmet comes from the famous Ron Burton Helmet Collection. Burton is known as Indianapolis’ most famous artist when it comes to original artwork. Many drivers swapped helmets with Ron Burton for one of his paintings and his helmet collection sat on display for years in the Union Jack Pub. Don’t miss your opportunity to own one of these famous and rare helmets from this fantastic collection.

All helmets come with a signed certificate of authenticity.