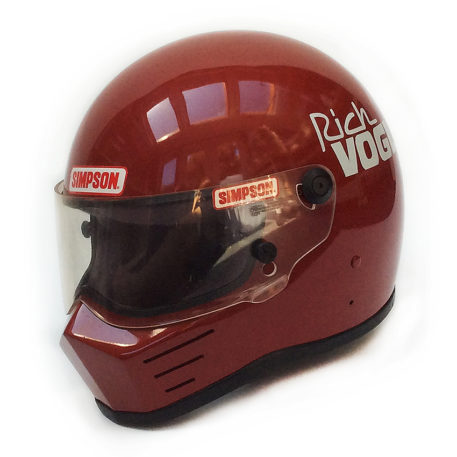 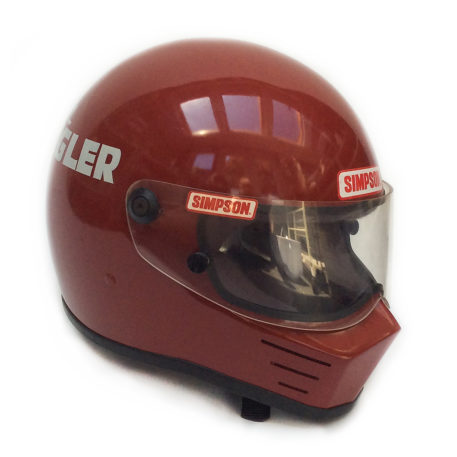 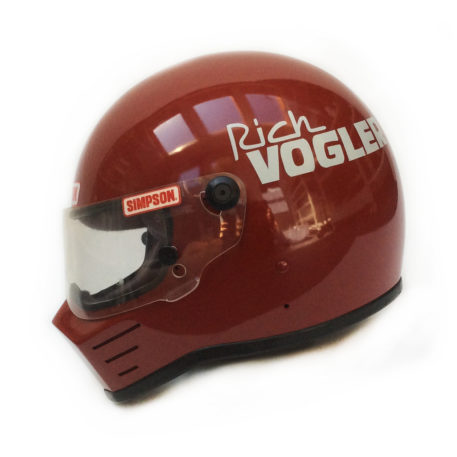 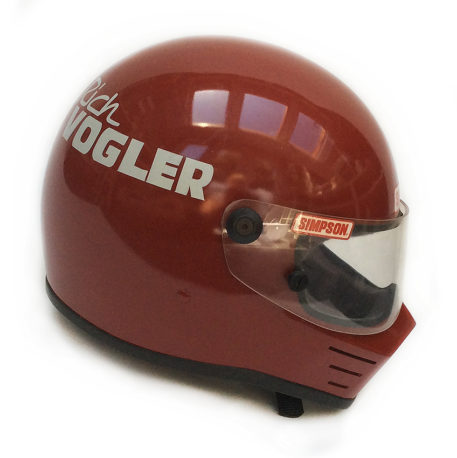 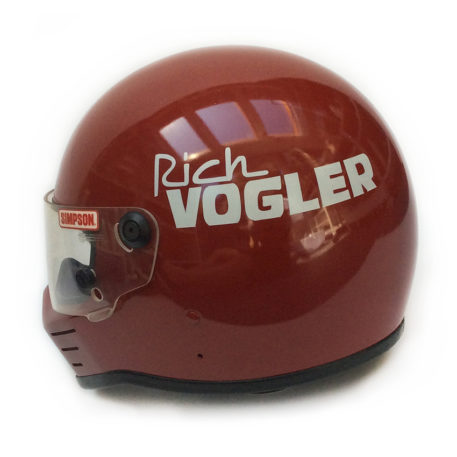 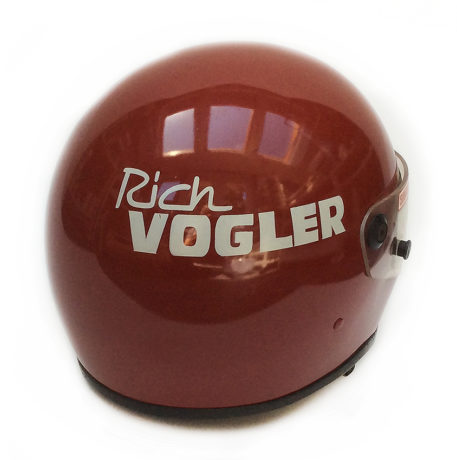 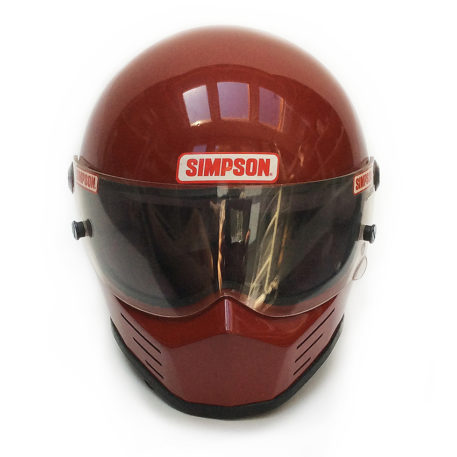 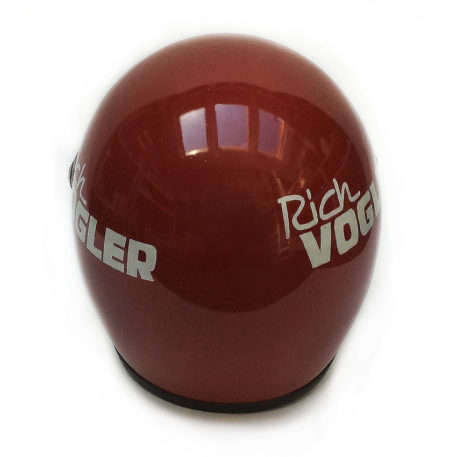 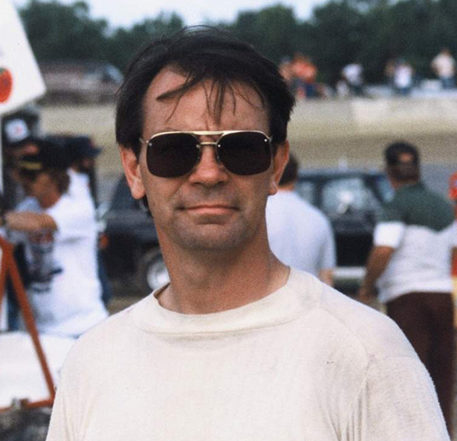 The iconic shaped ‘Darth Vader’ Helmet is painted in the maroon red color that Vogler used at the Indy 500 and at Sprint Car tracks during the late 80’s. It has Volger’s name decal in white on both sides of the helmet and Simpson branding decals to the front and visor.